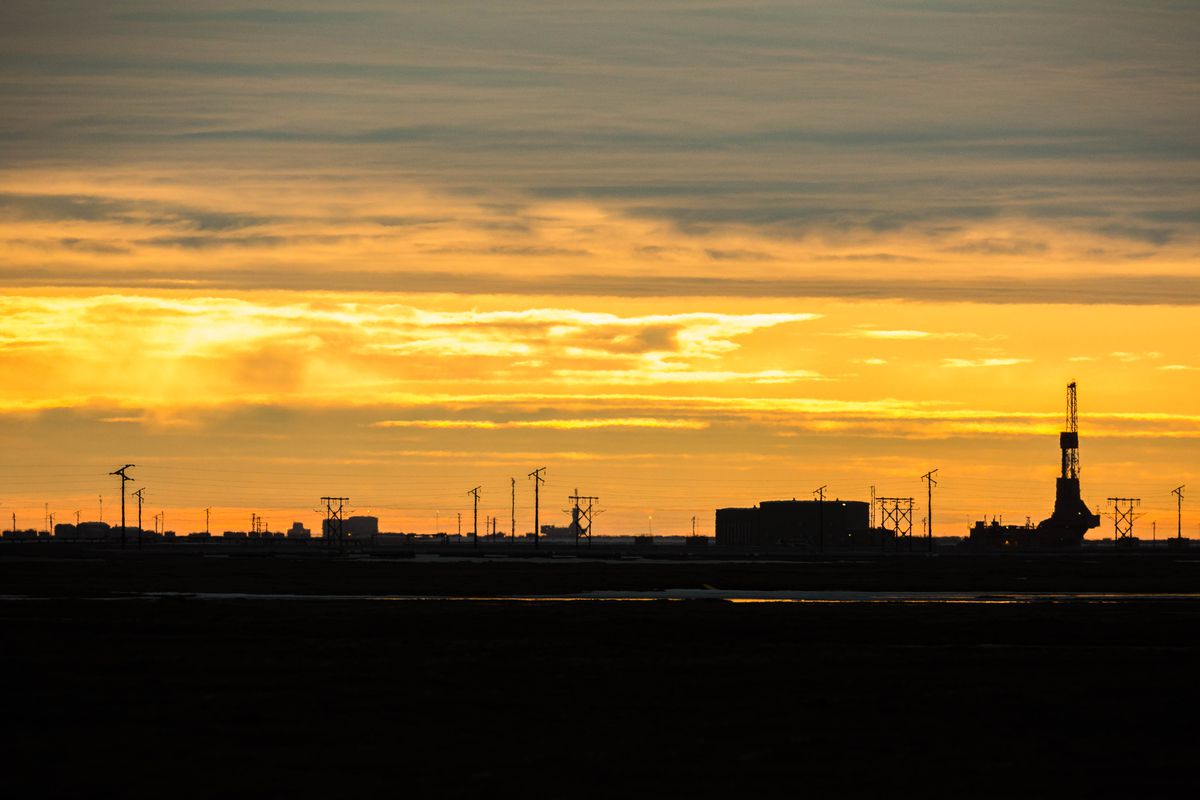 A little-known state agency has played an outsized role in the discovery of massive new oil deposits on the North Slope. This is a story of how good, basic science, supported by government, helps private enterprise grow the economy and increase prosperity.

That science and technology research spurs the private economy isn’t new. The internet began as a Department of Defense project, and the famous Boeing 707, forerunner of modern passenger jets, was developed by Boeing from the aerial jet tankers designed for the Air Force.

Closer to home, and the point of our story, is that it was the work of Alaska state geologists, particularly Tom Marshall, the state geologist in the early 1960s, that led to the discovery of Prudhoe Bay and all of Alaska’s oil wealth, including the Alaska Permanent Fund. At the time, many in the petroleum industry thought the big finds would be elsewhere, on the southern slope.

Marshall’s work got them pointed north, toward Prudhoe. We’re lucky for that.

The same story is playing out now, 50 years later: The state Division of Geology and Geophysical Services, or DGGS, a part of the Department of Natural Resources, is the direct descendant of Marshall’s group decades ago.

The modern version of this is that the foundational work on North Slope regional geology done over several decades by the DGGS, plus the assistance to companies provided by the agency’s veteran geologists, led directly to large new discoveries of oil in two long-known but poorly understood North Slope geologic formations, the Nanushuk and the Torok.

Recent drilling by companies in these formations, which are west of the long-producing large Prudhoe Bay and Kuparuk River fields, has resulted in at least two new finds that could become, ultimately, billion-barrel oil fields.

What was always a puzzle to me and many Alaskans is that the places where Armstrong Oil and Gas and its partner, Repsol, made big discoveries, and also where ConocoPhillips later made big finds, is where companies have explored for decades without making discoveries.

So why now? All those early exploration wells were drilled right through the Nanushuk and Torok rocks as the drill bits went deeper. Oil was seen in the drill cores, yet company geologists in those days missed the significance of what they were looking at.

Actually, this is quite common, said Steve Masterman, the current state geologist. The discoveries were missed until now because the rock formations are complicated and geologists hadn’t yet put together a big picture of how the rocks formed and how oil got there. It’s a big jigsaw puzzle and it takes time to figure it out, Masterman explained.

It is here where the regional geologic work the DGGS had done helped out, some of this from the 1960s. As Masterman explained, “It’s hard to know which piece of information is the key, or critical piece of the puzzle that facilitates a discovery.”The division’s geologists also provided assistance to Repsol and Armstrong geologists, a case of wizened old veterans showing newbies to Alaska the ropes. “We know that Repsol geologists used our publications and materials at the GMC (state Geologic Materials Center) in Anchorage during their discovery phase,” Masterman said in an email. “Since we know our information was part of that process we want to let others know that so they can use our information in their own exploration,” he said.

The company geologists made good use of what they learned and a lot of oil was found. When people speak of new oil being found on the slope, this is what they’re talking about.

State geologists in the DGGS do similar work to help the mining industry and mining companies have made new finds based on field research by the state division. The division also works on earthquake hazards, by the way, something of interest these days.

People rightly ask why the state should fund this basic geology. Why don’t the companies pay for it themselves? It’s a good question in these difficult budget times.

One answer is that while companies can do this kind of broad regional reconnaissance, and sometimes they do, they keep the information to themselves. When the state does it, the information is available to everyone.

If this piques interest by one or two companies that may have been lukewarm on Alaska, it stokes competition and we’re better off. Plus the companies’ available budgets can be spent drilling holes, searching for oil, rather than flying geologists around.

A way to look at this is to think of it in the way the Department of Fish and Game does fisheries research to determine sustainable fishing quotas, or state game biologists do moose counts for the same reasons. If Fish and Game didn’t do these, would fish harvesters, sport fishers or hunters, be able to afford them? I don’t believe so.

Think of the state spending money on good science as an investment, to encourage companies to explore and find more oil or help people find and catch fish or bag that moose for the winter.

Knowledge is like seed corn. Plant it and reap the bounty. Or don’t plant it, and go hungry.