Donley should step down from school board 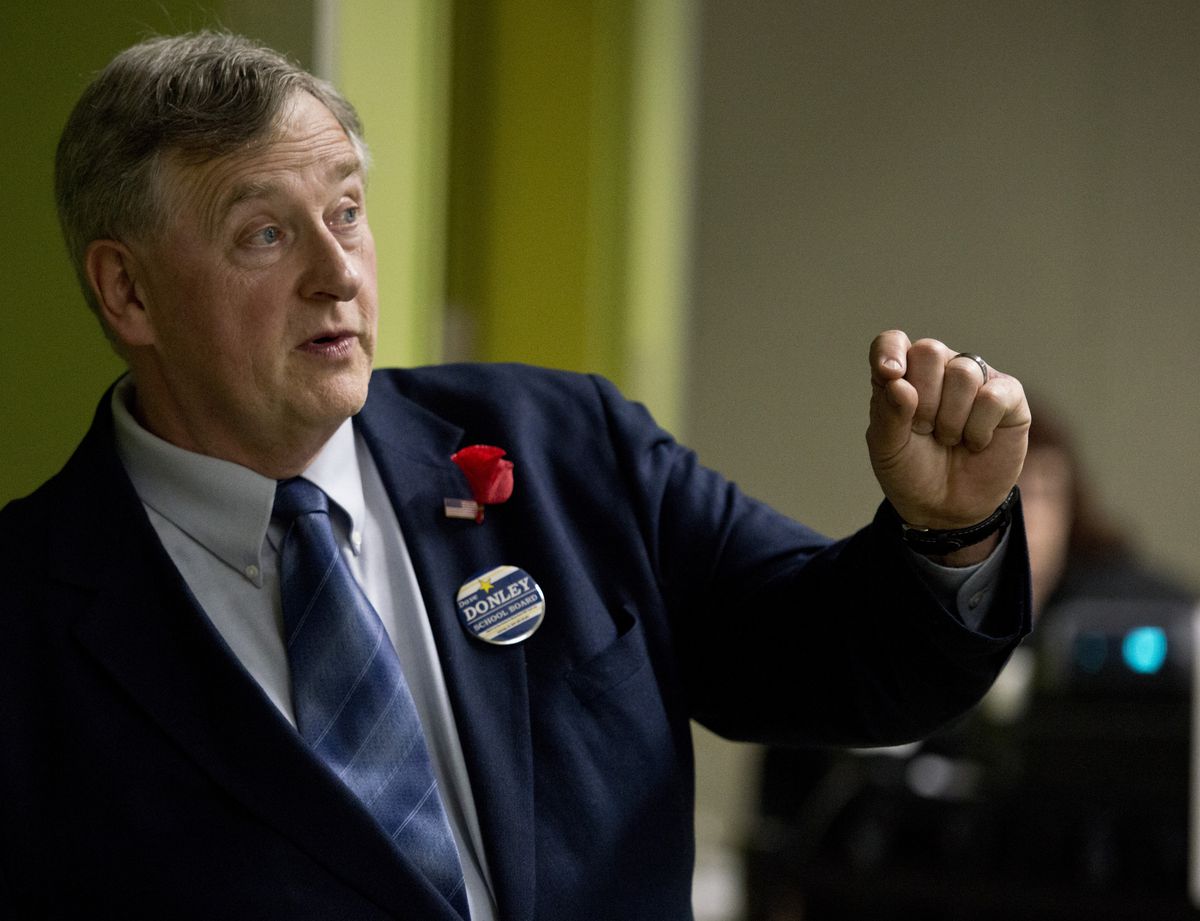 Recently, Dave Donley was hired as a deputy commissioner of the Department of Administration. Mr. Donley has taken this executive-level state position with a compensation of $157,000 annually ($20,000 more than most deputy commissioners and $12,000 more than the governor), while at the same time holding a seat on the Anchorage School Board (compensation $23,816). Although Mr. Donley’s new executive position in the Dunleavy administration will surely require him to deal with many issues that relate directly to Anchorage schools, he has not indicated he will resign from his school board seat. I see several conflicts with his new role with the state.

What duties will Mr. Donley be assigned in his service as deputy commissioner? Will he oversee the State Retirement and Benefits Section, where all of Alaska’s present and retired school teachers have their retirement funds housed and managed? Will he have authority over the health care plans offered to school districts?

Most importantly, Gov. Mike Dunleavy’s budget shows a deficit of $1.6 billion for 2019 on top of our $263 million deficit for 2018. With Alaska education a significant part of the state’s budget, there is every chance there will be proposals from the Dunleavy administration to reduce or adjust funds going toward education. Will Mr. Donley, as an executive-level state administrator, support the Dunleavy administration in cuts to education funding that will directly affect the Anchorage School District?

Perhaps as an executive in the Department of Administration, Mr. Donley will be assigned oversight of the Alaska Public Offices Commission and all lobbyists in the state.

The Anchorage School Board hired lobbyist Wendy Chamberlain to lobby for ASD issues, with compensation of $50,000 per year.

Mr. Donley himself has been a lobbyist for the past several years, and the state’s APOC website now shows his wife, Jamie Donley, as a brand-new lobbyist, with her client paying a $25,000 fee for services. How will Mr. Donley handle these potential conflicts?

Shamelessness has sharply increased in our society recently, but public service is still a noble cause, not an opportunity to ‘'get mine.'' There are obvious conflicts with Mr. Donley as a school board member and a deputy commissioner, and Mr. Donley should do the right thing and resign from his Anchorage School Board seat to reduce the serious conflicts that will arise from his executive-level post with the state government.

Suzanne Little is a founding member of Great Alaska Schools. She lives in Anchorage.

Suzanne Little is a founding member of Great Alaska Schools She lives in Anchorage.