We can prevent a historical disaster. It’s time to protect the 4th Avenue Theatre. 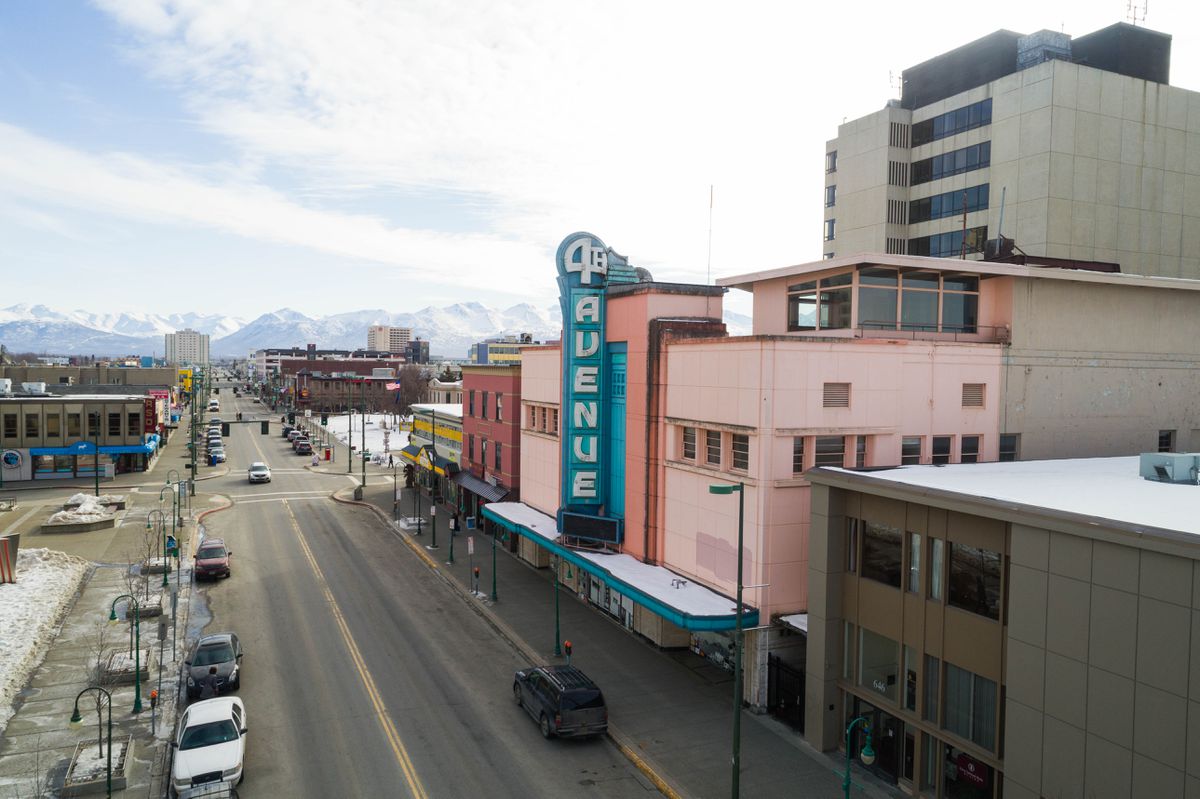 Anchorage’s 4th Avenue Theatre is one of the most significant historical and cultural sites in the state of Alaska, comparable to Constitution Hall on the University of Alaska Fairbanks campus, Castle Hill in Sitka (where the transfer of Alaska from Russia to the U.S. took place), the totems and clan house in Totem Bight State Park in Ketchikan, and the capitol building in Juneau, among others. People across the state instantly recognize images of the theater; it is synonymous in the popular mind with Anchorage; it’s one of the main sites people remember when they think of Anchorage, particularly historic Anchorage.

The theater was built by pioneer entrepreneur Austin E. “Cap” Lathrop as a representation of Alaska’s capabilities and a manifestation of the spirit of the people who live here, their determination to live in and build up Alaska, to make it as good or better than anywhere else in America, a showpiece of what we are.

It’s also an architectural marvel. It’s an example of the late art deco streamline moderne style. The lobby and central marble staircase are elegant and beautiful, with marvelous carvings and sculptures. The giant murals with Alaska scenes on either side of the proscenium are spectacular; the ceiling sporting the eight stars of gold of Benny Benson’s Alaska flag is inspiring.

It’s no revelation that the building has fallen on hard times. It stopped paying as a theater or repurposed venue years ago. Now owned by a private firm, Peach Investments, the theater is in need of immediate remediation; the roof, the heating system, other aspects of the building are in imminent danger of collapse. Peach Investments has a demolition permit from the city that they say is necessary to undertake critical remediation.

For several years, Peach Investments has suggested plans to reconfigure the building for use other than a theater, perhaps commercial space on the ground floor and residences above. They have said they might save the marquee, and perhaps move the murals to a suitable site for storage, perhaps viewing. But they have not formalized such plans, and they have not communicated clearly their intentions for the building. Many in the community share a mutual fear that under Peach ownership, the building may be altered in such a way as to submerge its historic character, or even destroy it. Peach Investments has stated that they do not intend to destroy the 4th Avenue Theatre. Whatever may be Peach Investments’ plans, the city must not sit by idly while the building collapses; nor must the state.

State law, the Alaska Historic Preservation Act, A.S. 41.35, could keep that from happening. Passed in 1971 by a forward-looking Legislature, the statute declares that it is the policy of the state to preserve and protect the historic resources of Alaska from loss or destruction so their historic and cultural heritage can pass undiminished to future generations. The statute empowers the Alaska Historical Commission to recommend to the governor and the Department of Natural Resources that a significant attraction, such as the 4th Avenue Theatre is, be designated a historic and cultural site. Such designation authorizes the state to work with the owners of the site to preserve its heritage, subject to the agreement of the owners. Should the owners fail to preserve the site’s heritage or allow it to be seriously impaired, however, the statute empowers the state to establish the use of the site so as to preserve its historic significance. If the owner chooses not to follow the state’s restrictions, the state may acquire the site by eminent domain. Consistent with the statute, the Alaska Historical Commission has recommended to the state that the theater be designated a historic and cultural site.

The state should make the designation. Moreover, Peach Investments should work with the state to preserve the historic heritage of the building. Should Peach Investments, or some future owner, choose not to do that, by accepting the commission recommendation and findings of fact, the state will be empowered to prevent the tragedy of the destruction of this cultural icon that is so representative of the spirit of Alaska and its people, a testament to the man who built it and Alaska’s people who embrace their heritage.