Opportunities for Alaska in the new Congress 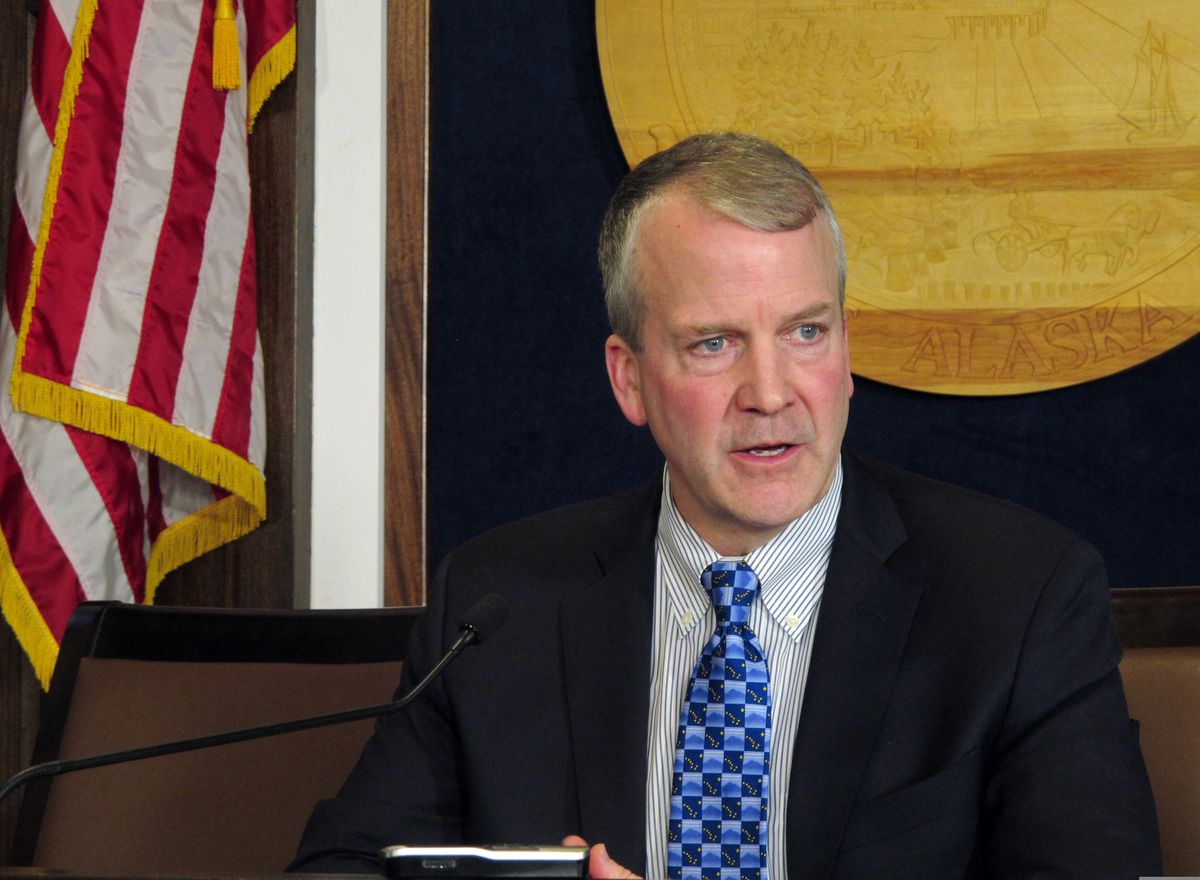 U.S. Sen. Dan Sullivan speaks to reporters after giving his annual address to a joint session of the Alaska Legislature on Thursday, Feb. 21, 2019, in Juneau, Alaska. Sullivan said he did not think a 90-day comment period was adequate for a draft environmental review of the proposed Pebble Mine project in Alaska's Bristol Bay region. (AP Photo/Becky Bohrer)

U.S. Sen. Dan Sullivan speaks to reporters after giving his annual address to a joint session of the Alaska Legislature on Thursday, Feb. 21, 2019, in Juneau, Alaska. Sullivan said he did not think a 90-day comment period was adequate for a draft environmental review of the proposed Pebble Mine project in Alaska's Bristol Bay region. (AP Photo/Becky Bohrer)

I recently gave my annual address to the Alaska Legislature. It’s a speech I look forward to each year, providing a platform to discuss the opportunities and challenges we all face together.

As I told the Legislature, I know that these are tense times for our state as we’re grappling with shrinking budgets. But I’m optimistic that by continuing to enact good policies at the federal level and bringing investment dollars home to Alaska, the economic dynamism and job growth the Lower 48 is now experiencing will hopefully be coming our way soon. Why do I believe this?

First, we’ve successfully opened federal lands in Alaska for responsible resource development, including the 1002 area of the Arctic National Wildlife Refuge. This, combined with several new discoveries and developments on the North Slope, all point to the potential for billions of dollars of new investment, significant increases in TAPS throughput and state revenues, and hundreds, if not thousands, of good-paying Alaska jobs. The North Slope energy renaissance is real, and our state’s long recession looks as if it has ended at the drill bit.

Second, in just the past three-and-a-half years, Sen. Lisa Murkowski, Congressman Don Young and I have secured more than $1.3 billion for military construction in Alaska — including the F-35s to Eielson Air Force Base and a new missile field at Fort Greely. This is good for America’s national security, and it’s good for Alaska workers and families.

Further, as chairman of the subcommittee in charge of the Coast Guard, we are undertaking a major re-capitalization of the Coast Guard fleet. This includes more ships and aircraft throughout Southeast Alaska. Just last week, Congress appropriated $53 million for the infrastructure to support these new Alaska vessels. And we are at long last making real progress on icebreakers. In this year’s defense bill, I secured a provision that authorized the scheduled purchase of six Polar-class icebreakers and, just this month, Sen. Murkowski played a key role in the appropriation of close to $700 million for the building of what will be the first of many of these polar security cutters.

Of course, it’s not only energy resources and the military that drive our economy. It’s tourism, it’s federal infrastructure dollars, it’s our fisheries. In all of these areas, the trend lines point to a stronger Alaska economy.

Finally, we have an administration in Washington, D.C., that wants to help Alaska realize its full economic potential. Not only have they have worked to open up access to federal lands in our state for resource development, as well as for public safety, like the King Cove Road, they have also helped our veterans get access to health care.

In the Marine Corps, we have a saying: “Protect what you’ve earned.” When it comes to the new House majority in Washington, D.C., many of our important achievements for Alaska might come under attack. Let me assure you, Congressman Young, Sen. Murkowski and I will fight to protect what we’ve earned.

But I’m confident, even with the new House majority in Congress, we can build on the bipartisan successes we’ve already had for Alaska and America, such as cleaning up our oceans and beginning to lower the cost of health care. Further, in the past few years, Congress has passed significant legislation to address our nation’s opioid and addiction crisis that will bring billions of dollars to the states — as well as significant funds for our rural communities and Native health organizations — to provide treatment and prevention and strengthen enforcement efforts. I’m heartened that we may finally be turning the corner in Alaska with opioid deaths beginning to decline. But we still have much work to do as this crisis rips apart families and communities.

A final area of bipartisan cooperation that I will be focusing on in the new Congress involves combating sexual assault and domestic violence in Alaska and throughout the country.

I reminded our legislators in Juneau that almost 10 years ago, we all spearheaded the “Choose Respect” initiative. Posters were taped to school walls, marches were held, people began to talk more openly about the issue, perpetrators were given harsher sentences, public service announcements to change our culture of abuse filled the airwaves, and a whole host of lawyers began providing their services to survivors, free of charge.

I urged everybody in the Legislature that it was time to re-energize this campaign in Alaska.

This is an issue that affects all of us — all races, all income levels, all ages, in all corners of our state. It saps our creativity and our energy. It leaves deep, permanent scars across generations. We have such tremendous potential as a state. But we simply will not realize it if we don’t stop this abuse. If men don’t stop this.

In the new Congress, I intend to take key elements of Choose Respect to the national level.

Last September, my bill, called the POWER Act — which will provide more free legal services to victims and survivors throughout the country — was signed into law. But we have more work to do. I’ve been working with my colleagues on a series of bills that we’re calling the “Choose Respect initiative” which, among other things, aims to provide a statutory right to counsel for victims.

Think of this. If you’re a perpetrator — a rapist, a stalker — and you’re charged, you get a lawyer, paid for by the government, under the Constitution’s 6th Amendment.

If you’re a victim, you get nothing. We should change this through statute to provide legal representation to all victims of sexual assault and domestic violence. Studies show that the best way for a survivor to break out of the cycle of violence is to get her a lawyer.

Again, working together, we can tackle this issue and so many others. If we get along where we can, fight for what we believe in, compromise when necessary — we can begin to realize our state’s full potential in the year ahead.