Producers give new hope for a gas line 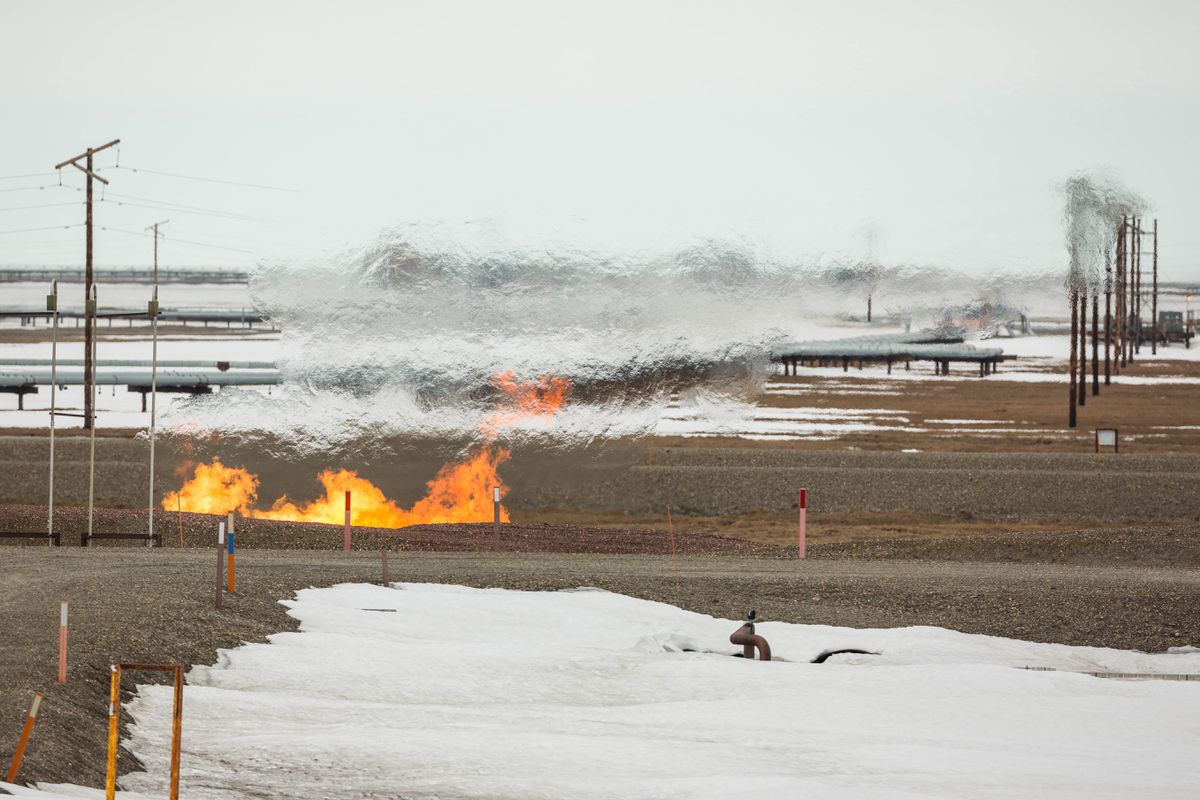 This didn’t catch a lot of attention with Alaskans preoccupied with Gov. Mike Dunleavy’s proposed large budget cuts, and some who were aware of it greeted the news with a yawn. Who could blame them? We’ve been talking about a North Slope gas pipeline for decades.

But it is at least a sign that at least two of the big North Slope gas owners are looking for ways to re-engage in the project, and that’s positive. The companies were part of a consortium with the state’s AGDC but withdrew in 2015, citing concerns over economics.

It should be noted that ConocoPhillips, a third major gas owner, is not part of this. I wouldn’t read too much into that. ConocoPhillips has its hands full with new oil projects and says it is willing to sell its gas if a pipeline is built.

What we don’t know about the BP and ExxonMobil deal is whether it commits money or people to working on Alaska LNG, which was done in the previous consortium. We’ll have to wait and see.

But it is clearly one result of Gov. Dunleavy’s new push to get the industry involved again in Alaska LNG, and let’s credit him for that. For its part, AGDC is now working to restructure the project so that it can be profitable enough for the producers.

Dunleavy is dead right on getting the producers engaged. Alaska LNG needs big companies experienced in Arctic projects as partners, mainly to ensure the construction is done properly. I’ve heard that Chinese companies, who are potential customers for the LNG, would also like to see that.

However, the producing companies were also intrigued with former Gov. Bill Walker’s idea that a state-owned entity like AGDC has advantages like tax-exempt status that could help overcome the project’s adverse economics.

Just after the three producers withdrew from the project in 2015 a consulting firm, Wood Mackenzie, told state legislators that an Alaska LNG project structured on conventional terms wouldn’t be profitable enough for private investors like the North Slope producers. But if the project was restructured as a state-owned entity, the economics could be improved, the consulting firm said.

Walker followed that advice, with the support of the producing companies by the way, and then landed a potential deal with a Chinese consortium to buy 75 percent of the LNG. That impressed the producing companies, I know. The U.S.-China trade war has put that deal on the back burner for now. The trade fight will be settled eventually and U.S. energy exports are likely to be part of the settlement. Let’s hope it’s our LNG and not that of our competitors on the U.S. Gulf Coast.

But we’ve got to be realistic. Chinese buyers or not, the fundamental economics of Alaska LNG remain challenged because of the 800-mile pipeline we’ve got to build. Most of our competitors around the world don’t have to build a long pipeline.

One of the most important reasons why Walker, and the Slope producers, wanted to keep the project active was to keep the all-important regulatory work on track, and Dunleavy agrees with that. To stop the project now and waste the work done so far toward a federal approval would be senseless.

Still, the problem remains that Alaska LNG may still not be able to generate a higher rate for private investment absent something like a big reduction in the construction cost. The obstacle to that is the 800-mile pipeline.

There are motivations for BP and ExxonMobil to help AGDC figure something out, however. All three of the North Slope producers want to market the large “stranded” gas resources on the Slope, but BP and ExxonMobil have an additional incentive because of their ownership of Point Thomson, a large gas field east of Prudhoe Bay.

The two companies have spent more than $4 billion building a plant to extract liquids from gas at Point Thomson but the project has performed poorly because of technical problems in the field. The solution to this is for Point Thomson to be produced as a conventional gas field, but a pipeline is needed to move the gas. BP and ExxonMobil are motivated to do something about their large investment at Point Thomson.

The two companies are also major owners of the Prudhoe Bay oil and gas field, along with ConocoPhillips, and a pipeline would ship gas from both fields. But it’s a complicated problem and smarter people than me will have to figure it out. The state has a big stake in all this, by the way, because of its royalty interest in both fields.

Meanwhile, it’s good that our new governor is taking a fresh look at all this and is not captive to an earlier mindset. I hope he goes one step further, however. If Alaska LNG doesn’t work, in the end, the governor could encourage people with other ideas.

Those include shipping LNG directly from the North Slope, or converting the gas into a synthetic crude oil, or even finished fuels, that can be shipped through the existing trans-Alaska oil pipeline. The oil pipeline, by the way, is three-quarters empty.

There are companies interested in these things. Gov. Dunleavy is in a good position to give them encouragement.