Resource development is good for our health 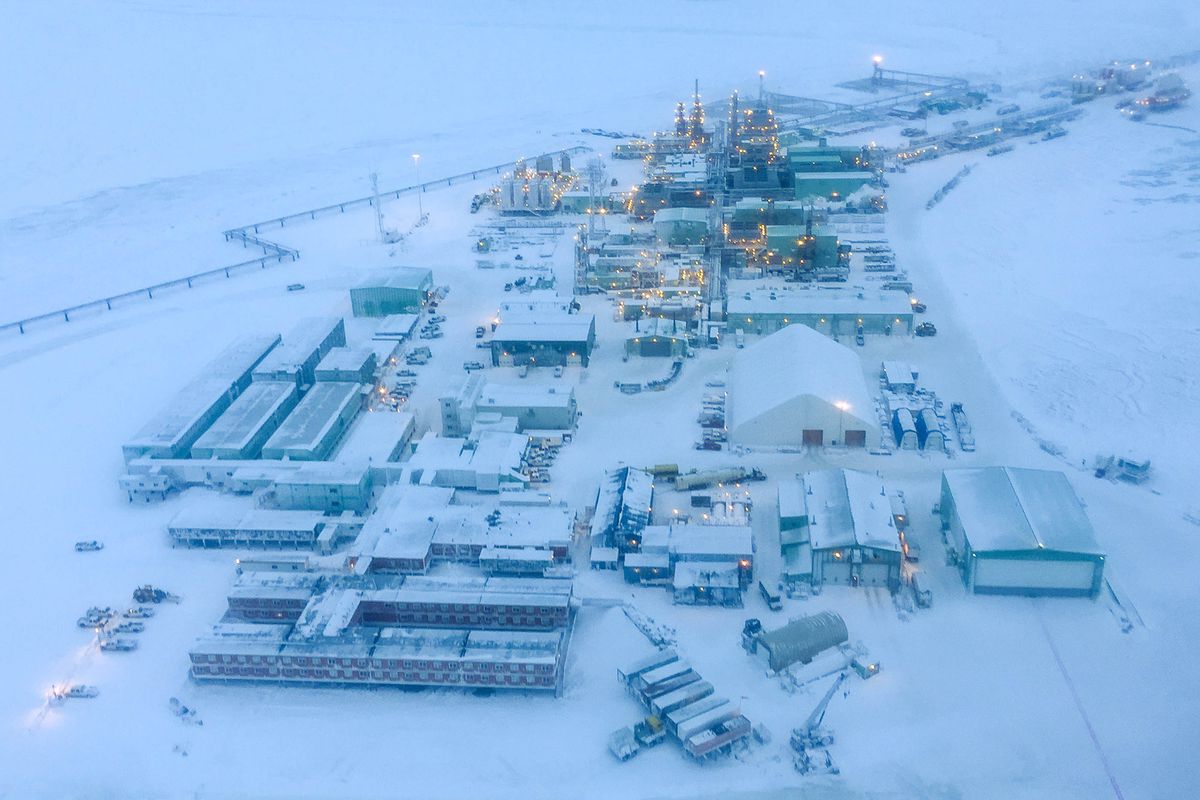 The Alpine Central Facility serves as the hub for the Alpine oil field, photographed on Tuesday, Feb. 9, 2016. Alpine is only connected to existing oil development infrastructure by seasonal ice roads and by air. (Loren Holmes / ADN)

The Alpine Central Facility serves as the hub for the Alpine oil field, photographed on Tuesday, Feb. 9, 2016. Alpine is only connected to existing oil development infrastructure by seasonal ice roads and by air. (Loren Holmes / ADN)

Generally, our response to these views has something to do with revenue to the state of Alaska, jobs and the state’s gross domestic product. While true, these cold, dry facts draw little interest.

To my surprise, an article published last May in the Journal of the American Medical Association caught my eye and put new and brighter light on what resource development means for Alaskans.

It drew me in. I thumbed through the pages and came to Figure 2, “Change in Life Expectancy at Birth by County, 1980 to 2014.” It was a map of the U.S., Alaska and Hawaii showing that the average life expectancy of Alaskans had increased in every area of the state during those years. But the most dramatic increase could be seen in the North Slope Borough, Northwest Arctic Borough, Aleutians-East Borough, Kodiak and Southeast coast of Alaska; these areas saw increases between 8 years and 13 years in life expectancy, at birth, between 1980-2014. Nearly 80 percent of the state saw an increase of more than 6 years over that 35-year time period.

That stopped me. I had to ask: What caused this dramatic increase, larger than most of the rest of the U.S.? The researchers’ discussion was interesting. Socioeconomic and race/ethnicity, behavioral and metabolic risk factors, and health care factors combined to explain 82 percent of the contributing factors to change in life expectancy.

This begged the question: What was happening in Alaska during the years 1980-2014?

Well, that’s not hard to answer for those of us who were here in those years. The trans-Alaska oil pipeline began transporting oil in 1977. Red Dog Mine began production in 1990. The Magnuson-Stevens Act pushed out the foreign fishing fleets, leading to important development of Alaska fisheries. These resource developments, along with others around the state, changed Alaska from a struggling new state, to an economically thriving place.

These resources became jobs and opportunity for work close to traditional homes, something previously unavailable. And boroughs were formed in these areas, enabling the ability to levy taxes that funded community infrastructure.

After the 1957 discovery of oil on the Kenai, Congress finally decided, in 1958, that Alaska had a chance of supporting herself on her rich resources. Alaskan voters, all 46,000 of them, voted six-to-one to become a state.

As a territorial kid growing up in Fairbanks, I remember those days. I had the delightful chance to frequently go to work with my dad, a Wien Airlines captain. That meant riding along on an F-27 as he made rounds to rural communities around our state. They were referred to as “villages” then and they were isolated, poor and small.

Then came resource development. As a nurse practitioner, I had the wonderful privilege of providing health care services in those same rural areas, now thriving communities with schools, clinics, roads and jobs.

In one very remote community, I was on the same flight with a young man, going to his job at Prudhoe Bay. His wife and little son bid him goodbye at the airport. The airline agent told me that the young man was the pride of the community, bringing his paycheck back home, helping his parents and grandparents out with fuel costs in the winter and supporting his family.

That is what resource development means for Alaska’s families. It’s all about our people.

Yes, we love the state government revenue and services that pays for. We have all prospered during these years since oil and mining production. But the most important benefit of resource development is to our people, our families and our local businesses.

As a health care professional, it still brings tears of pride to my eyes to contemplate the change in our state. We still have challenges. But we met challenges before and have demonstrated an ability to solve them. The caribou, polar bears and fish all coexist with our industries. The important thing is our lands are precious for the resources they contain, and our people can and will thrive by utilizing and stewarding them. Alaska’s resource development continues to bring health and happiness to our people.