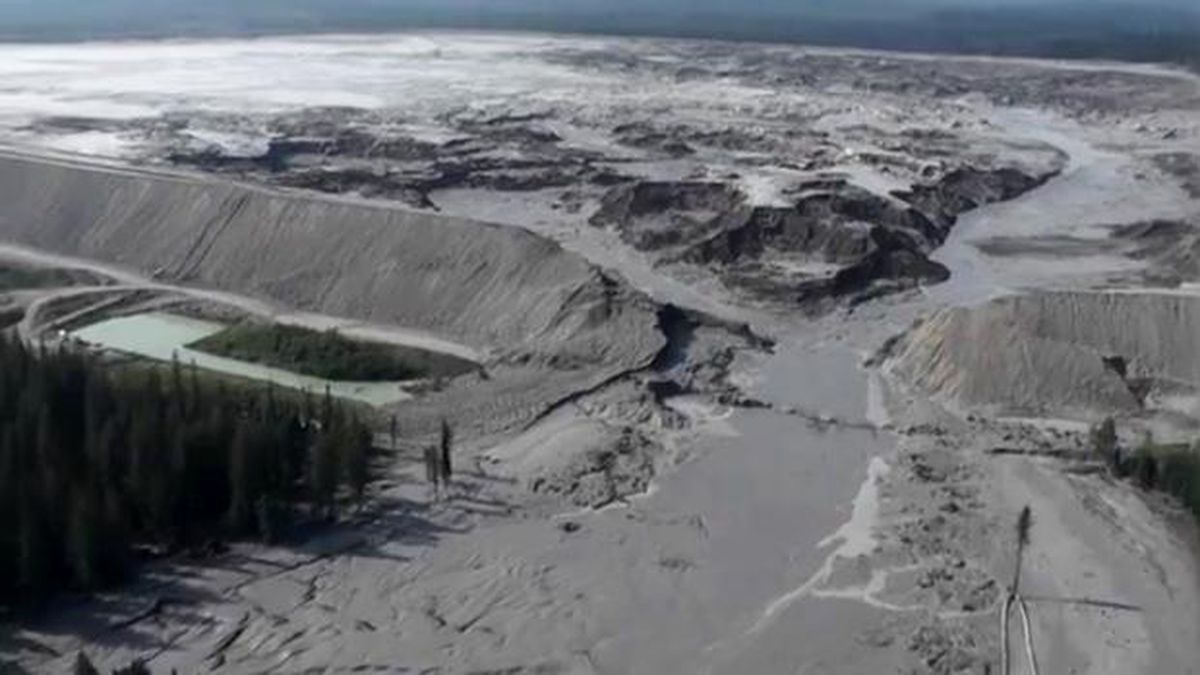 A massive tailings pond breach in 2014 spilled 24 billion cubic meters of mine waste into a British Columbia watershed. (Photo credit: Canadian Ministry of the Environment)

A massive tailings pond breach in 2014 spilled 24 billion cubic meters of mine waste into a British Columbia watershed. (Photo credit: Canadian Ministry of the Environment)

“Pebble dam designers didn’t design the failed Mt. Polley tailings facility” was the title of a recent ADN op-ed column by Ken Embree, president of Knight Piesold, a Canadian mine-engineering consulting firm. Mr. Embree was “troubled” that a colleague of mine, Dr. Cameron Wobus, and I had “incorrectly cite(d) Knight Piesold as the designer of the tailings facility that failed at Mount Polley.”

Before I go further, I would like to share with you a quote from the Imperial Metals’ Mount Polley Mine 2004 Feasibility Study, which states: “Knight Piesold Ltd., has been the geotechnical engineering consultant for the Tailings Storage Facility, providing design, technical specifications, contract documents, construction supervision and quality assurance/control, reviews of instrumentation and monitoring records and annual inspections.” It can’t be said much clearer than that.

Personally, I dislike having he-said/she-said discussions in public, but Mr. Embree chose not to consult me about his column. Mr. Embree explains that Knight Piesold withdrew from its responsibility nearly four years prior to the dam breach, and that Knight Piesold is not “responsible in any way for the Mount Polley dam failure.”

There’s plenty of dirty linen to air at Mount Polley. From my outsider’s vantage point the engineering firms, the mining company, and the British Columbia regulators all bear some accountability in that dam failure. I would welcome more discussion of why this accident occurred and how we might prevent failures like it in the future, because I don’t believe this discussion has taken place in a meaningful way post-Mount Polley.

I certainly don’t place all the responsibility for the dam failure on Knight Piesold, but for Mr. Embree to claim Knight Piesold was not the designer of the dam, or that it was not responsible in any way for the dam’s failure, clearly isn’t correct.

David M. Chambers, Ph.D., P. Geop., is a geophysicist with the Center for Science in Public Participation in Bozeman, Montana.