When we lose our history, we lose part of ourselves — whether it’s a cathedral in Paris or an Anchorage neighborhood 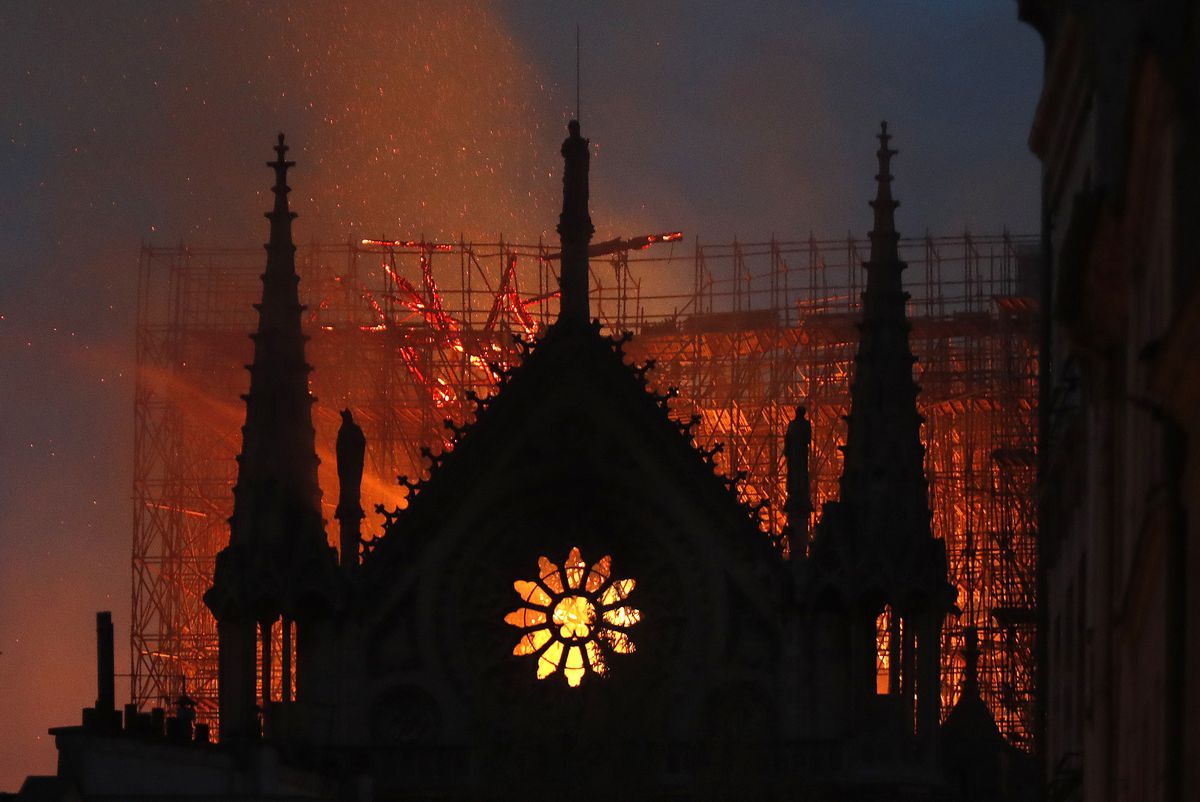 Flames and smoke rise from Notre Dame cathedral as it burns in Paris, Monday, April 15, 2019. Massive plumes of yellow brown smoke is filling the air above Notre Dame Cathedral and ash is falling on tourists and others around the island that marks the center of Paris. (AP Photo/Thibault Camus)

Flames and smoke rise from Notre Dame cathedral as it burns in Paris, Monday, April 15, 2019. Massive plumes of yellow brown smoke is filling the air above Notre Dame Cathedral and ash is falling on tourists and others around the island that marks the center of Paris. (AP Photo/Thibault Camus)

The spontaneous, nearly universal outpouring of grief over the burning of Notre Dame Cathedral two weeks ago seems to call for some sort of explanation. Writers the world around called the fire tragic, tragic not just for France, but for people everywhere. More than one noted that had the cathedral fallen, which, thankfully, it did not, the loss to humankind would have been irretrievable.

Why, some asked, should the world grieve for a French relic, particularly non-Catholics and especially secularists, for whom religion is sometimes seen as an impediment to progressive thought?

Aside from its architectural magnificence and artistic splendor, one response was that the building is the essential symbol of France and French culture. But that only explains why the French mourned, not the rest of us. And while Notre Dame is surely an extraordinary example of gothic architecture, there are other such examples, including Chartres, Rheims and Amiens Cathedrals in France, the Duomo in Florence and Cologne Cathedral.

Notre Dame means something far larger than any of these. For the French, and also for the rest of us, it means permanence and stability in the world, something that can be counted on, that’s always been there and hopefully always will be. In other words, it represents an inchoate and necessary sense of history, and through history an indelible link to the rest of humanity.

When something historic is lost, we can accommodate. But once the shock wears off, there’s an unwanted but inevitable resignation, something like, “OK; it’s gone; what a pity.” And further, “Shouldn’t we have acted to prevent its destruction while we still could?”

What makes the loss of historic things tragic is the ever-changing reality in which we live. History, however imperfect, acts as a root, tying us to something reliable and immune to the relativity of the present, and also to something larger than ourselves. That’s why non-professionals rail at what they call “revisionist” history, adjustments to the history they’re used to and take for granted. For those unused to the nature of historical research, such adjustments are often suspect, as are the motives of those who make them.

On reflection, this might seem strange in the contemporary world, where history is often regarded as irrelevant and non-consequential. Perhaps oddly, this is even the case in academia, whose nature has changed in the last generation from a refuge where the young can experiment momentarily with their intellectual imagination, to a training institute for instant jobs that use science, technology, engineering and mathematics.

But then something like the burning of Notre Dame engenders the sense of loss, the uprootedness, untethering and disorientation that so many felt while watching the flames last week.

It is deceptively easy to lose the historic symbols of the past that anchor us, even far less consequential ones than Notre Dame. We are losing two right here in our town right now. Many are familiar with the travail of the Fourth Avenue Theater, the fate of which is yet unknown and perhaps undecided. The theater gave the town an identity, an iconic presence for residents and outsiders alike, visible, and always there. It also gave the town a past, a link to the pioneers who built the city and the territory. We may lose it.

Less well understood, we are also losing a charming, historic neighborhood, South Addition — the area south of downtown, north of 15th, west from A Street to the Inlet. This was the first expansion of the town beyond the initial core and Government Hill. It’s an area of smaller, wood-frame houses, sidewalks, low density, and old trees and yards. But it’s being taken over by condo buildings that are wiping out the older homes. And some are working to relax zoning there to facilitate more and bigger condos.

Eventually, the neighborhood will lose its historic character. There’ll be only a few houses left to remind people of what once was, leaving them to think how nice it must have been, and isn’t it too bad someone didn’t act to save it while they could.

Historic artifacts are a vital link to our fundamental identities. When they’re gone, something of ourselves is irretrievably lost as well.