Safe jobs are every worker’s right 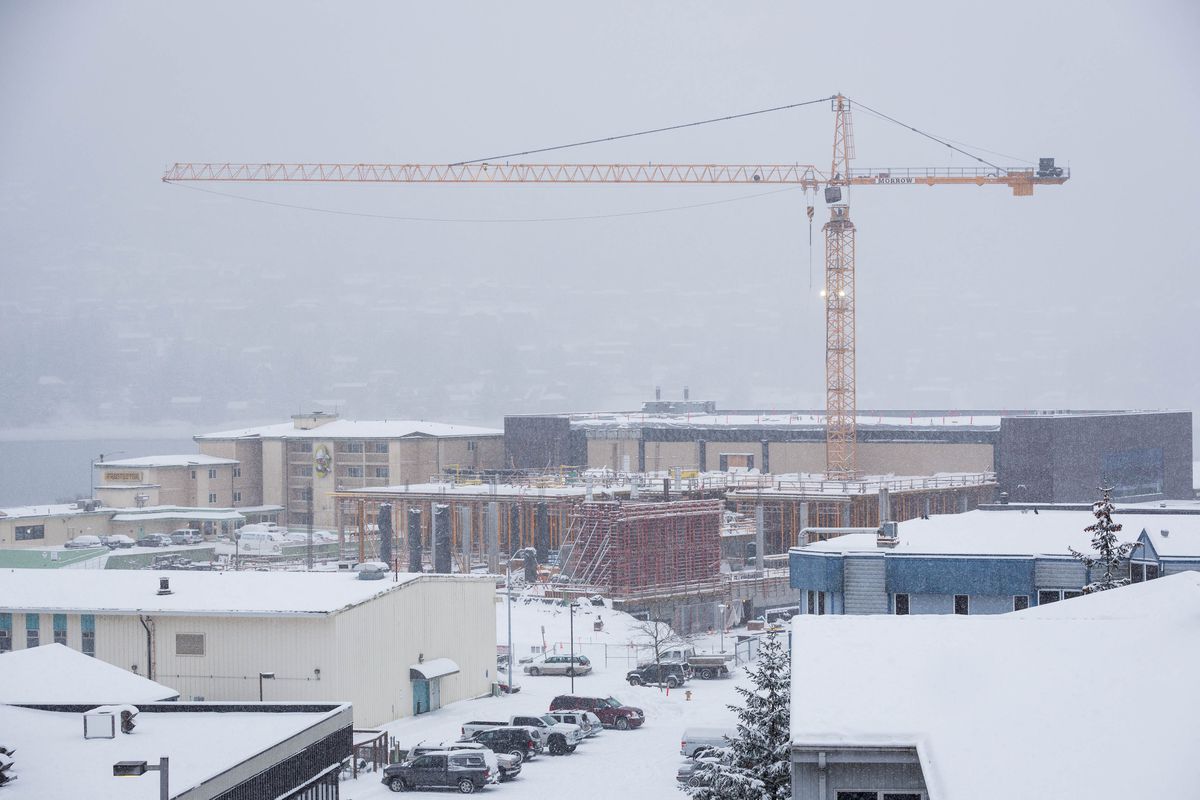 The new Alaska State Museum under construction in Juneau, November 30, 2014.

The new Alaska State Museum under construction in Juneau, November 30, 2014.

April 28 of each year marks International Workers’ Memorial Day. On this day, workers and their families commemorate those who have died or suffered illness or injuries while on the job. Alaska ranks dead last (50th) in workplace fatalities; in 2017, according to the U.S. Department of Labor, Bureau of Labor Statistics, there were 33 fatal work-related injuries in our state, the highest per-capita rate in the nation.

Every American has the right to a safe and healthy workplace. Hardworking men and women putting in long hours deserve to know that they’re going to make it home at the end of the day.

Yet, Alaskan families are mourning their loved ones. We need to use every tool we have to fight and end this crisis.

As leaders in government and business, we should be protecting working people’s lives above all else. We cannot and must not prioritize profits over people. It’s time for change. Working people deserve good, safe jobs now. That’s why I sponsored House Bill 30: The Abigail Caudle Act.

In 2011, a 26-year-old electrical worker named Abigail Caudle lost her life to employer — workplace negligence. Hers was a tragic death warranting compensation.

Under current Alaska law, when a worker without children, a spouse or dependents dies due to a work-related injury, their family only receives reimbursement for the cost of the funeral. Under workers’ compensation law, families are unable to sue for wrongful death.

House Bill 30 rectifies this problem and others in the state’s current system and modernizes Alaska’s compensation levels for the injury, illness or death of workers. It specifies that when an employee dies without having a spouse or minor children, parents of the deceased receive a death benefit compensation of $120,000 (a number based on Louisiana law). If there are no surviving parents, this benefit is payable to the estate of the deceased. Unmarried, childless workers are the only class of worker that does not currently receive some form of death benefit.

HB 30 encourages equitable compensation for workers suffering from permanent injuries or illnesses by adjusting the base Permanent Partial Impairment (PPI) values for inflation for the first time in almost 20 years. Alaska currently has one of the lowest PPI rates in the nation, and if adjusted to the rates proposed in HB 30, we’d still only be nearing the national average.

HB 30 conservatively increases the aggregate wage benefits for financially dependent parents, grandchildren, brothers and sisters of the deceased from a limit of $20,000 to a limit of $150,000. This amount hasn’t been adjusted for inflation in a staggering 53 years. The current values for these benefits are egregious and warrant serious change.

I invite you to discuss this issue with me further and urge you to support this legislation.

This year, the fight is especially urgent, as the Trump administration continues to roll back and weaken protections and rights for working people. These actions have ranged from repealing or weakening standards on toxic chemicals and safety hazards, to cutbacks in enforcement, to efforts to eliminate key job safety research and training programs. Meanwhile, the administration has refused to act on critical safety and health problems like workplace violence, silica exposure in mining and other serious hazards.

Our own governor recently repealed Administrative Order 286: Work Place Safety and Economic Security, which was designed to reward safe contractors and punish bad actors who violate OSHA laws. This order disallowed contractors who endanger Alaska workers from state service contracts. Now, that door is once again opened to them. You can see the staggering workplace injury numbers for yourself at the Department of Labor website.

We can wait no longer to act. As we remember those workers who have been injured or lost their lives on the job, let’s honor them by standing together for all workers. The time to pass this bill is now.

Rep. Andy Josephson was elected to the Alaska State House of Representatives in 2012 and represents residents in Midtown, the university area, and East Anchorage.