The students who create Alaska’s future 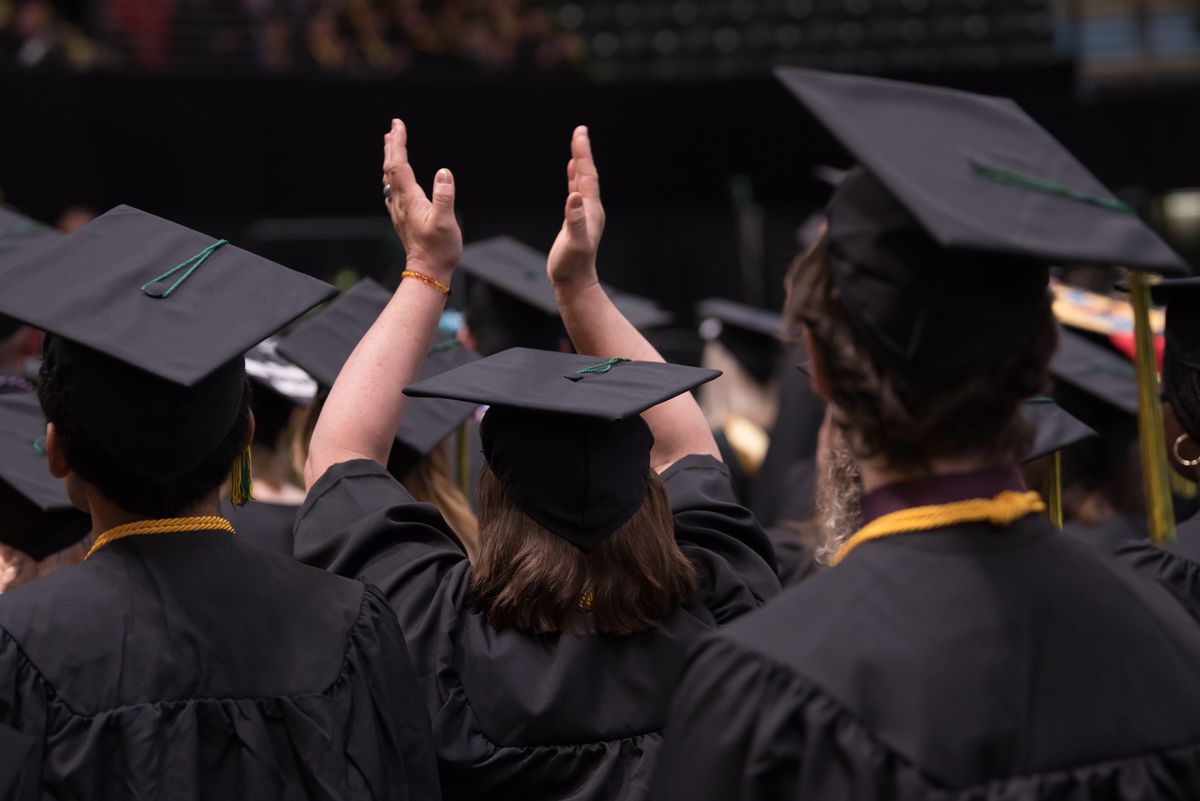 “What can UA do to grow more of our own teachers, nurses, engineers and leaders?”

Former University of Alaska President Mark Hamilton asked this question of his leadership team in 1998. At that point, the University of Alaska system had been enrolling only 18% of Alaska high school students ranked in the top 10% of their graduating class. In real numbers, that was about 145 students. The remaining 664 were going Outside for school, or not going at all.

The answer to Hamilton’s question was the UA Scholars Program. He envisioned a merit scholarship program that would bring students from all regions of Alaska to UA to have shared experiences on our campuses, study side-by-side, and ultimately graduate to become Alaska’s leaders, creating Alaska’s future. With support from the Board of Regents, Hamilton leveraged investment earnings from the University of Alaska Land Grant Trust Fund, which receives revenue from property sales, leases and resource development conducted on Trust lands. The scholarship, originally set at $10,500, is now $12,000 per UA Scholar. Those who accept the offer by enrolling at a UA campus receive $1,500 per semester over eight semesters.

Since 1999, an average of 41% (410) of those eligible for the award enroll at the University of Alaska the first fall semester after they graduate from high school. Moreover, UA Scholars graduate from UA at a rate nearly double that of their peers. But what does success look like for those graduates? We invited former UA Scholars to share what impact the award had on their lives and are featuring their responses on social media. Here is Justin Priest’s story:

Justin grew up in a rural part of the Kenai Peninsula. He earned the scholarship and attended the University of Alaska Fairbanks. After graduation, he worked as a fisheries biologist; he is now working on his master’s degree and studying how environmental changes are affecting fish communities near Prudhoe Bay.

“When I was deciding where to go to college, finances were very important to me: I was the first in my family to go to university and knew nothing about loans or financial aid. Given the opportunity of cheap, in-state tuition and qualifying for UA Scholars, I made the choice to stay in Alaska,” he said. “It’s only in retrospect that I can see the impact of my decision. Hopefully, my contributions will eventually be equal to what I’ve received from the UA Scholars program: a wonderful life in a wonderful state. It’s really an understatement for me to say that I am an advocate for the UA system and especially UA Scholars; it’s what set me on the path to becoming who I am.”

For the University of Alaska Scholars Program, graduation season is our favorite time of the year. We celebrate the class of 2019 UA Scholars as they complete high school. We celebrate those who have used their award and are finding their way in the world, and we celebrate the new scholars coming from the high school class of 2020, who will soon receive an award letter from our office and have the opportunity to join the UA Scholars family at one of our universities. We are excited to receive them as well as to honor all of those who, for 20 years, have benefited from the scholarship award. Together, we create Alaska’s future.

Lael Oldmixon is the director for the UA Scholars Program.