The frightening threat of a failed experiment 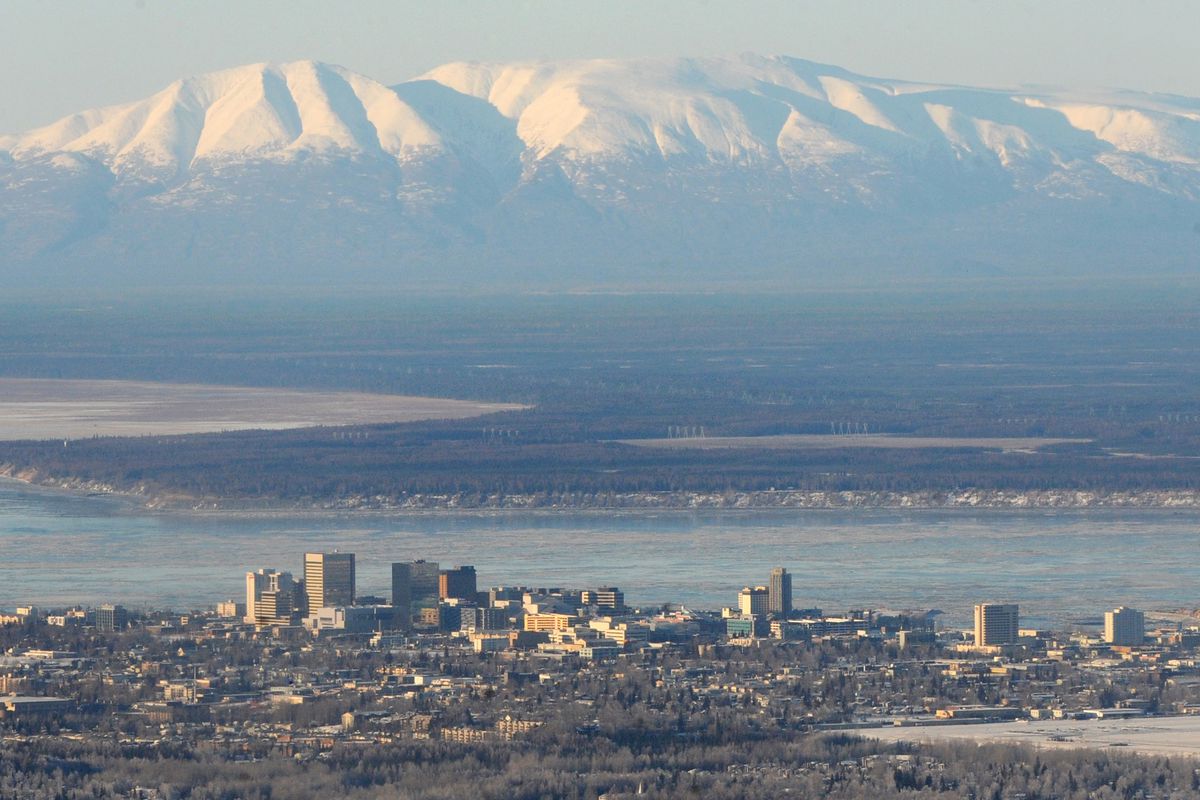 Aerial view of the Anchorage skyline and Mt. Susitna in the distance on Wednesday, Jan. 21, 2015. (Bill Roth / ADN)

Aerial view of the Anchorage skyline and Mt. Susitna in the distance on Wednesday, Jan. 21, 2015. (Bill Roth / ADN)

As a newly minted Alaskan (less than two years in), I’ve slowly come to realize that Alaska’s uniqueness flows partially from the experimental nature of its land, of its politics, of its people. There’s a sense in which all of life in Alaska hangs in a balance, constantly under threat of being tipped. Long-term Alaskans seem to be keenly aware of the careful equilibrium life must strike here in order to make the Great Alaska Experiment work. No other state must manage such size or such remoteness with such a sparse population. And at a mere 60 years old, Alaska is one of the youngest states in the union. What it lacks in maturity, it must therefore make up in youthful vibrancy. We have to innovate constantly, remaining nimble, shifting with major changes like a school of fish avoiding a predatory orca.

But it’s that orca that has us stymied. So many Alaskans are fleeing some imaginary, yet apparently imminent, disaster. And no one can agree with what the orca looks like or where it will strike, so we turn on each other, creating impossible arguments with doomsday scenarios on both sides. Want proof? Just browse the repetitively supercharged rhetoric of this paper’s opinion’s pages. If we don’t stand for salmon, the fisheries will collapse. If we do stand for salmon, then mining collapses. If we stay dependent on oil, climate change will ravage the environment; if we stay focused on the climate, the environment will ravage oil income. If Gov. Mike Dunleavy’s budget gets approved, the university and the public schools will have to close their doors; if the budget doesn’t get cut, Alaska will go bankrupt and have to shut its doors. Can you see the contradictions and the mutually-assured destruction on both sides of each issue? How can we escape such impossible odds?

The key fact to observe here is fear. Both sides are terrified. And both sides are passionate. These can be useful tools, though. They are commonalities that can and should bring us together. We all want this experiment to succeed, but we’re all terrified it will fail.The shadow of doom seems to constantly hang over us all, but that is because we are some of the last pioneers on planet Earth. We live on the outer edges of habitable land, the last outpost of civilization. Understandably, our precarious position makes us jumpy. We become predators because we don’t want to be prey.

In short, the orca that’s hunting us is us. And this has to change if we are to survive. The first step is to realize that the only doomsday to fear is the one we unleash on ourselves. Our mutual awareness of the experimental nature of life in Alaska makes us strong and can unite us, but we must actively seek that balance. I would urge the citizens of the Great Land to cease the game of balancing by extremes. Just like a tipping kayak, leaning way off to one side or the other will only destabilize it more. In our zeal to be dramatically right ourselves, we’ve only increased the chances of falling into the orca’s mouth. Instead, why not listen more and talk less? Why not consider that the extreme pro and extreme con may not be the only positions? Can we admit that in our zeal for stewardship, we may have stumbled inadvertently into greed? In our eagerness to escape the orca, we may have become the orca ourselves. These fearful extremes are exactly what causes the real destabilization and are the largest threat of failure that Alaska faces.

Gregory Hartley is an assistant professor of writing at the University of Alaska Anchorage.