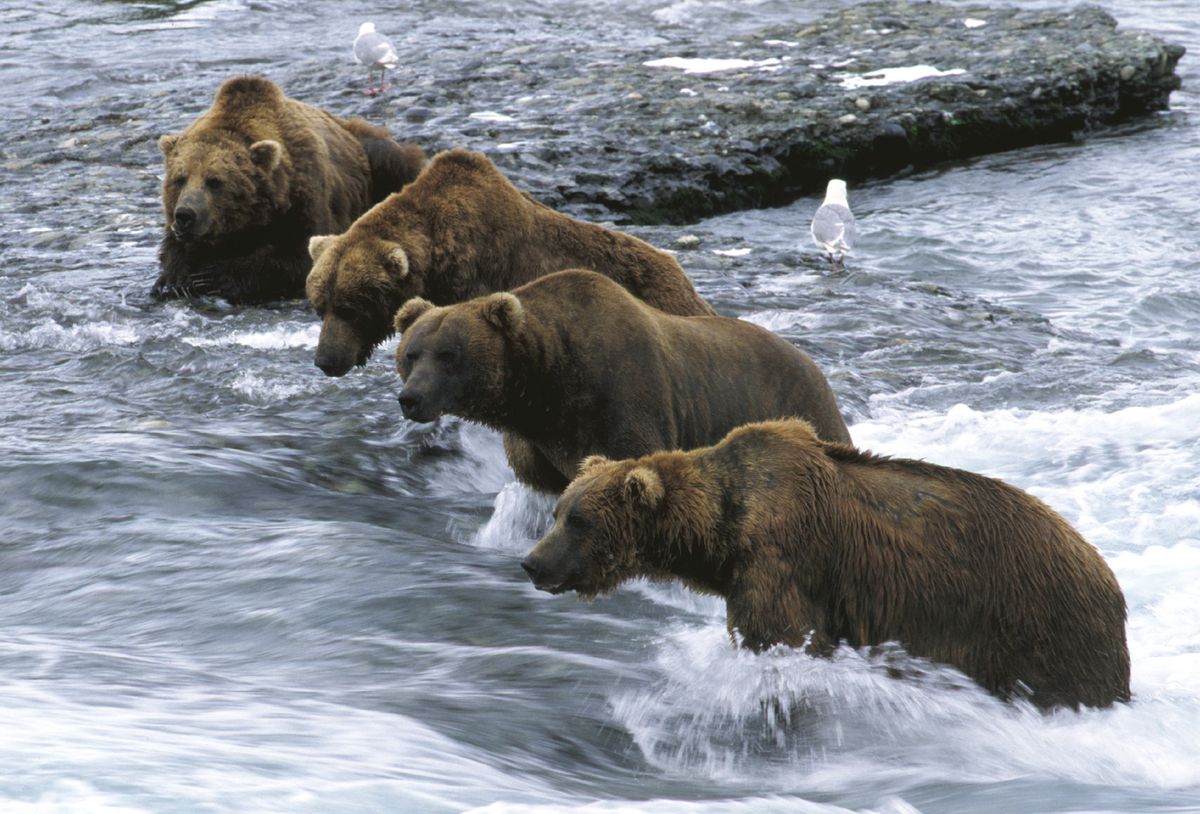 There are many reasons Alaskans should be “mad as hell” that the Army Corps of Engineers has failed to do a proper job of preparing its draft Environmental Impact Statement, or EIS, for the proposed Pebble mine project. Among the chief reasons is one that might get overlooked by those focused on protecting Bristol Bay’s legendary sockeye salmon runs, its fish-based economy and subsistence lifestyles: the Corps’ dismissive attitude toward McNeil River and its incomparable gathering of brown bears, one of Alaska’s — and the world’s — greatest wildlife treasures.

As I wrote in the ADN during the Corps’ 2018 scoping period, the Pebble Partnership’s reconfigured transportation corridor and port — announced only last year — are located in what is likely the worst possible place (of all the locales where they could be legally built): a short distance, as a bear travels, from McNeil River State Game Sanctuary and Refuge, known worldwide not only for its extraordinary — and, yes, unrivaled — congregation of brown bears, but for the animals’ remarkable acceptance of a human presence. It’s also known for the way McNeil has changed the attitudes and lives of so many people who have gone there.

During last year’s scoping period, many bear biologists and wildlife managers presented comments that explained, often in great detail, the dangers that Pebble’s newly chosen transportation corridor and port site would pose not only to the McNeil River sanctuary and its unique gathering of bears, but also to the many brown bears that travel up and down the Alaska Peninsula coast.

It’s no exaggeration to say that the new corridor and port would place a deep industrial gash across a major brown bear travel corridor, in an area that has one of the world’s highest concentrations of Ursus arctos. Not only would this new industrial zone disrupt the bears’ movements, but based on what’s been learned from other industrialized areas, it would lead to substantial bear-human conflicts and result in food-conditioned bears — that is, bears that have learned to associate people with sources of food, including garbage. And, as our state’s Department of Fish and Game has firmly and repeatedly warned Alaskans, “A fed bear is a dead bear.”

How many bears would die is, of course, unknown. But even one unnecessary death would be too many for those of us who believe this is absolutely the wrong place for a mining venture and associated industrial development.

Add to that the harmful impacts the corridor and port would have at McNeil River sanctuary, where for more than half a century the world-renowned visitor program has been guided by an overriding philosophy that here, “the bears come first.”

The Pebble Project’s transportation plan clashes directly and harmfully with McNeil’s mandate, and it inevitably would compromise the sanctuary’s bear-viewing program. If allowed, you can be sure that food-conditioned bears would eventually show up at McNeil River, endangering not only the visitor program but also people’s lives.

All of this is unacceptable.

And yet, in its draft EIS, the Corps has almost entirely ignored the concerns and warnings expressed by bear biologists and wildlife managers, including those who know McNeil River best, among them Larry Aumiller, who managed the sanctuary for three decades. It has also largely dismissed the concerns expressed by current state Fish and Game staff. As a “cooperating agency,” F&G provided pages and pages of comments, concerns, and proposed resolutions while the Corps was developing its Pebble Project DEIS.

The Corps’ response to F&G’s detailed feedback was typically short and succinct: either 1. information requested by F&G “would not be essential to make a reasoned choice of alternatives” (how the Corps came to that conclusion is a mystery) and thus hasn’t been included in the DEIS; 2. impacts defined by F&G will eventually appear in a “Wildlife Management Plan” (a plan, I’ll add, that F&G staff and other Alaskans are being asked to take on faith, despite the Corps’ woefully inadequate performance to date); or 3. the kicker of them all, “McNeil River State Game Refuge and Sanctuary are outside the EIS analysis area.” And how convenient is that?

It’s worth noting that in considering the Pebble Project’s likely impacts to recreation, the Corps settled on an area that extends from Lake Clark National Park on the north to Katmai National Park on the south, and from Bristol Bay’s Nushagak River east to the Kenai Peninsula, an area of many hundreds, if not thousands, of square miles. Yet for the transportation corridor and port site’s impacts to “wildlife values” — which, of course, include brown bears — the Corps chose a three-mile radius.

Again, how convenient, especially considering that research has demonstrated Alaska Peninsula brown bears may wander many miles during their seasonal search for food. In fact, bears that annually gather at McNeil River to fish for salmon have occasionally been identified far to the south, at Hallo Bay; to the northeast in Katmai National Preserve; and even north along the coast at — you guessed it — Amakdedori Beach, the proposed industrial port site.

I suppose one could argue that Corps staff, not being familiar with bear behavior, might make an innocent mistake in its initial determination of a three-mile-radius impact zone. But in fact the Corps has continued to stubbornly stick to this preposterous choice despite reams of information to the contrary.

In developing its draft EIS, the Corps has chosen to deliberately ignore the concerns, advice, and expertise of not only independent bear experts, but one of its cooperating agencies, the Alaska Department of Fish and Game.

It’s as if the Corps were acting on behalf of the Pebble Project, not in the public’s interest — or the greater good, which includes existing wilderness and wildlife that would be harmed.

This is more than unacceptable, it’s unconscionable. Unethical.

Even setting aside, for the moment, the Pebble Project’s potentially disastrous impacts on Bristol Bay, the harm it would do to McNeil River sanctuary and the region’s bears is reason enough to prohibit Pebble from moving forward.

Bill Sherwonit is the author of more than a dozen books about Alaska, including “Alaska’s Bears” and “Animal Stories: Encounters with Alaska’s Wildlife.” He has written extensively about McNeil River sanctuary and its brown bears and also written stories about the Pebble project.