Spruce beetle outbreak will require all hands, all lands solutions 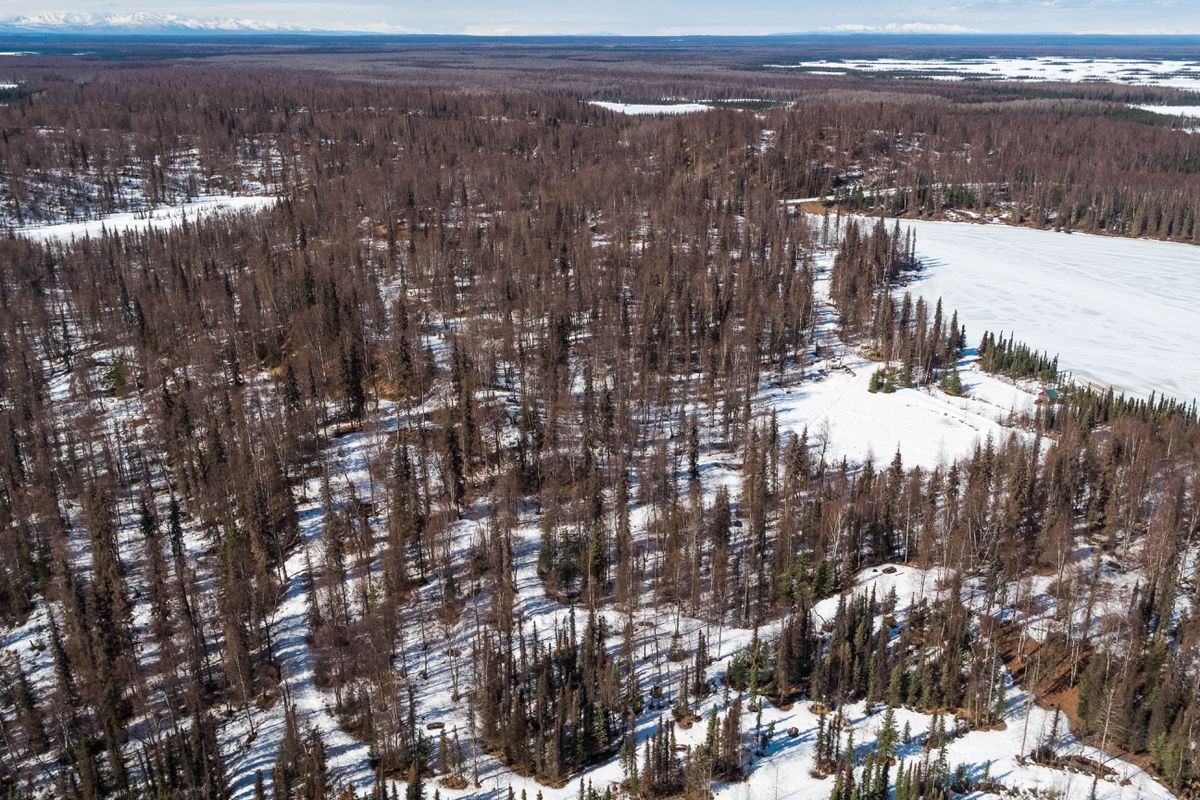 South Rolly Campground, in the Nancy Lake State Recreation Area, is one of two state campgrounds that will be closed this summer due to the threat of beetle-killed spruce falling. Photographed Wednesday, April 10, 2019. (Loren Holmes / ADN)

South Rolly Campground, in the Nancy Lake State Recreation Area, is one of two state campgrounds that will be closed this summer due to the threat of beetle-killed spruce falling. Photographed Wednesday, April 10, 2019. (Loren Holmes / ADN)

Southcentral Alaska is experiencing a spruce bark beetle outbreak, the likes of which we have not seen since the late 1990s.

Over the past two summers, the U.S. Forest Service documented 910,000 acres of spruce beetle infestation in the Susitna River Valley and on the Kenai Peninsula. The number of acres affected will most certainly increase after the next round of monitoring flyovers scheduled for this summer.

The spruce beetle is a winged, quarter-inch size insect that is native to Alaska and normally plays a natural regenerative role in our forests feeding and breeding on wind-blown, fallen or injured trees. But warmer winters have created the right conditions for a population boom, causing the beetles to attack nearby living mature trees, making them more vulnerable to fire.

Alaskans have done battle with the spruce beetle before. The previous outbreak occurred mostly on the landscape of the Kenai Peninsula and peaked in 1999 before tapering off by 2004. When it was over, more than 3 million acres were ravaged. The beetle left behind stretches of brown-needled trees along the Glenn Highway and south to Cooper Landing and Kenai.

This time, the beetle’s rate of spread appears to be outpacing the last outbreak, with the Mat-Su region hit particularly hard. You can spot beetle kill in neighborhood yards, along power lines and major roads. Last month, popular campgrounds in Denali State Park and the Lake Nancy Recreation Area were closed due to concerns that fire-prone and falling trees posed a safety hazard for those using the areas for recreation.

Homeowners can get ahead of the beetle by making sure their spruce trees are healthy. Special pesticides and beetle pheromone traps can help keep the beetles at bay. But once a tree is infested, it is gone. After infestation, the only option is to remove the dead tree, which can be costly, technically challenging and time consuming, especially when working across multiple jurisdictions and landscapes.

As we learned 15 years ago, an “all hands, all lands” approach is needed to deal with large volumes of tree mortality. The Kenai Peninsula Borough pioneered a number of programs that proved effective for weathering the previous beetle outbreak.

For example, by pooling federal, state, tribal, and local resources, the borough mapped the location of spruce mortality, identified areas at high-risk for wildfire and subsidized a portion of the cost of tree removal for private landowners.

To prevent hazard trees from falling onto highways — which are also critical evacuation routes during wildfires — the borough and its partners cleared one-hundred foot corridors along 235 miles of road rights-of way. A similar effort was completed for electrical transmission lines on the Peninsula.

Additionally, wildfire hand crews were hired off-season on the Kenai to get a jump start on felling dead trees. More than 20 salvage timber sales were issued, along with initiatives to replant more than half a million acres.

Impressive fuel breaks were built near communities to buffer against the spread of wildfires, some of which were later attributed to saving Soldotna from being overrun by the 193,000-acre Funny River Fire in 2014.

We know that similar proactive efforts are needed again. Thankfully, Mat-Su Borough officials have established the Mat-Su Spruce Beetle Task Force, which is working to ensure communities are made defensible against this heightened wildfire risk. A host of projects are being explored to help accelerate hazard tree removal, including contracting with more timber companies to cut down infested trees and the implementation of special firewood collection programs.

I believe the federal government also has an important role to play. Last week, I chaired a hearing of the Senate Interior Appropriations Subcommittee to review the U.S. Forest Service’s budget request for fiscal 2020. I raised this matter with the Chief of the Forest Service, Vicki Christiansen, and pushed back on proposed cuts to the agency’s Western Bark Beetle Initiative, which assists with insect monitoring across the nation.

Chief Christiansen agreed that the beetle outbreak is serious and informed me that her agency will be transferring $2 million in carryover funds to the Alaska Division of Forestry for spruce beetle mitigation. The funding will cover some of the initial tree removal and wildfire prevention projects needed in the Mat-Su, on the Kenai, and in state parks.

The spruce beetle outbreak is certain to worsen this year, but looking at the lessons learned on the Kenai, we have a road map for leveraging stakeholder resources and defending our communities and property from this latest invasion.

Sen. Lisa Murkowski is Alaska’s senior U.S. senator. She has served in Washington, D.C., since 2003.