Taquan Air crashes are about much more than one company 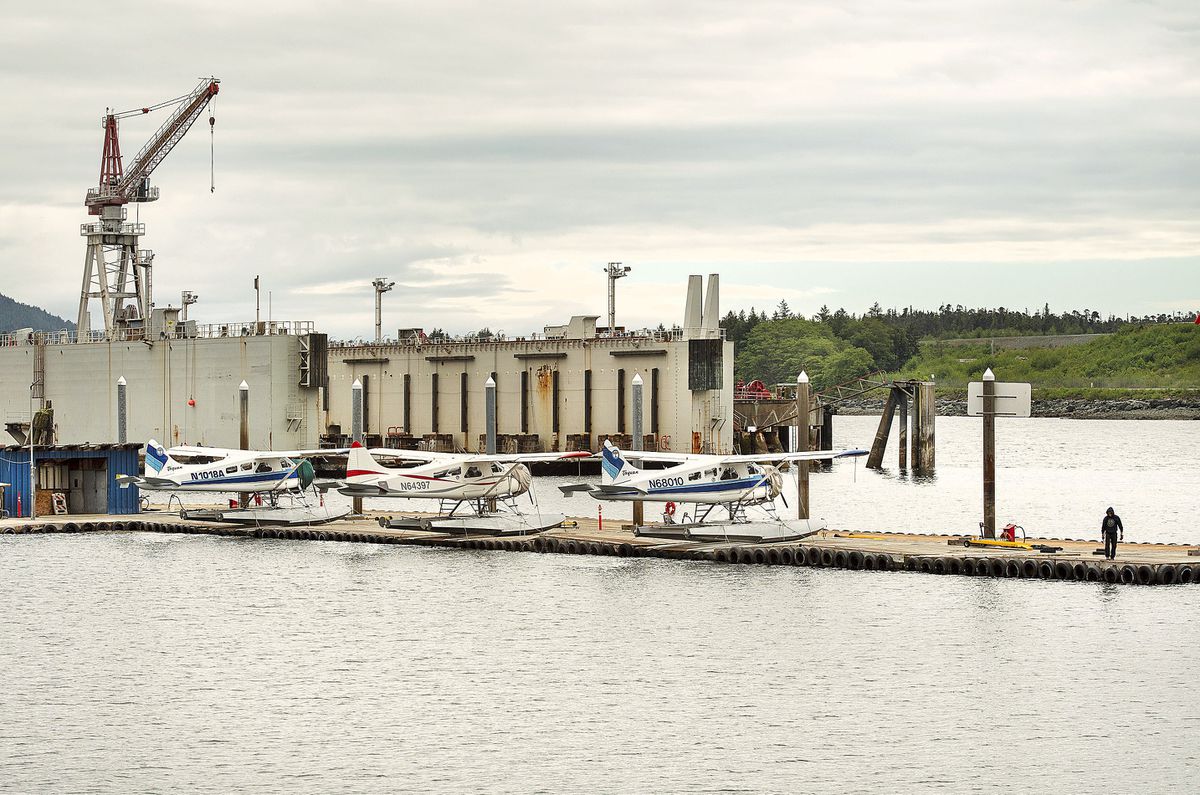 On May 13, six people were killed and nine seriously injured in a midair collision near Ketchikan involving two air taxi (or Federal Aviation Regulations Part 135) operators: Mountain Air Service and Taquan Air. One week later, another Taquan aircraft crashed in Metlakatla Harbor, killing both the pilot and sole passenger. The company subsequently suspended all operations.

In the preliminary report on the midair collision, the National Transportation Safety Board, or NTSB, provided a graphic depiction of the two aircraft flight paths. While returning from a flightseeing tour of Misty Fjords, Mountain Air pilot Randy Sullivan flew a consistently straight course at 3,300 feet approaching the west coast of George Inlet. The Taquan Air pilot, who has not been identified, was also returning from a Misty Fjords tour. Overhead, behind and north of Sullivan, he was flying a roughly parallel westerly course at 3,750 feet, when he initiated a southern turn over George Inlet and descended 500 feet to show his passengers a waterfall. His new course appears to have placed him directly behind the rear right quadrant of Sullivan’s aircraft. His de Havilland Otter aircraft then impacted the trailing edge of the right wing of Sullivan’s de Havilland Beaver, near the fuselage. According to the report, evidence of multiple prop strikes is visible along the wing. The Beaver came apart in flight; everyone onboard was killed. It is unclear Sullivan was ever even able to see what hit him.

There is a temptation here to dismiss these two accidents as evidence of “one company’s problem," just as many have done in the past when casting blame for an accident solely on the actions of the pilot involved. These two recent accidents do follow a Taquan Air crash on Jumbo Mountain in Misty Fjords last July that left six people seriously injured. (That accident is still under investigation.) Clearly, this is a company that required scrutiny from federal investigators. But larger questions should be asked about why Taquan remained the Princess Cruise Lines operator of choice in Ketchikan after last summer’s accident and also, as a Medallion Foundation Shield recipient, what Taquan’s accidents reveal about that safety organization’s standards.

According to records obtained through the Freedom of Information Act, since it was established in 2001 to “improve pilot safety awareness and reduce air carrier insurance rates,” the Medallion Foundation has received more than $21 million in funding from the Federal Aviation Administration — and an additional $1 million from the state of Alaska. The basis of Medallion’s purported success in Alaska, and a repeated talking point for its management and the FAA, is the decrease in annual aircraft crashes since the 1990s and Medallion’s self-proclaimed role in affecting that reduction, primarily through its Medallion Foundation Shield Program. The program awards a star to operators for attaining specific safety “cornerstones,” with a final evaluation upon receipt of the five stars that then culminates in the shield award. Star and shield recipients like Taquan often publicize their status as evidence of “exceeding FAA safety standards.” Taquan received its shield in 2008, one year after a crash in Misty Fjords which killed all five people onboard.

Although improved accident numbers since the 1990s are real and abundantly evident from studying the NTSB databases, the confluence of events that contributed to reducing accidents in Alaska makes it impossible to pinpoint one single cause. Since 1999, there have been 230 weather cameras installed in the state, GPS approaches are now prevalent, Capstone and ADS-b technology has elevated situational awareness and in 2002, the Rural Services Improvement Act was passed, causing a seismic shift in Bush mail rules and putting many smaller FAR Part 135 operators out of business. How Medallion’s programs fit into all of this is unclear, but since 2010 (and through the recent Taquan accidents), there have been about 214 Part 135-related crashes (including work-related accidents that occurred under FAR Part 91 rules involving Part 135 operators, such as positioning, training, etc.) in Alaska which resulted in 150 deaths and serious injuries. Although the list of Medallion members by year is not available to the public, from the foundation’s website membership list, public postings, news articles and accident reports, it is clear that at least 37% of these 214 accidents involved Medallion carriers. Those Medallion crashes resulted in 80 deaths and serious injuries, or 53% of the total casualties from air taxi and small commuter-involved accidents in the period.

In 2015, another Medallion member and star recipient, Promech Air, crashed in Misty Fjords while on an air tour; nine people were killed in that accident. Promech was followed by a litany of devastating Medallion crashes, including those involving Wings of Alaska, Wright Air Service, Hageland Aviation, Bald Mountain Air Service and then the July 2018 accident with Taquan on Jumbo Mountain. In the period shortly after the Taquan crash, Medallion received $2,650,000 in funding from the FAA. Two months before the Ketchikan midair collision, on March 6, they received another $300,000. By then, Promech was no longer flying in Alaska, selling its assets to Taquan back in 2016. It is worth noting, however, that in the Promech crash, the NTSB cited not only the pilot’s decision-making but also the corporate culture, which “tacitly endorsed flying in hazardous weather and failed to manage the risks associated with the competitive pressures affecting Ketchikan-area air tour operators; its lack of a formal safety program; and its inadequate operational control of flight releases.” This was a Medallion company — apparently another example, just like Taquan, of what it looks like in the 21st century when an FAR Part 135 operator exceeds FAA safety standards in Alaska.