Frustration with homelessness mounts in all quarters 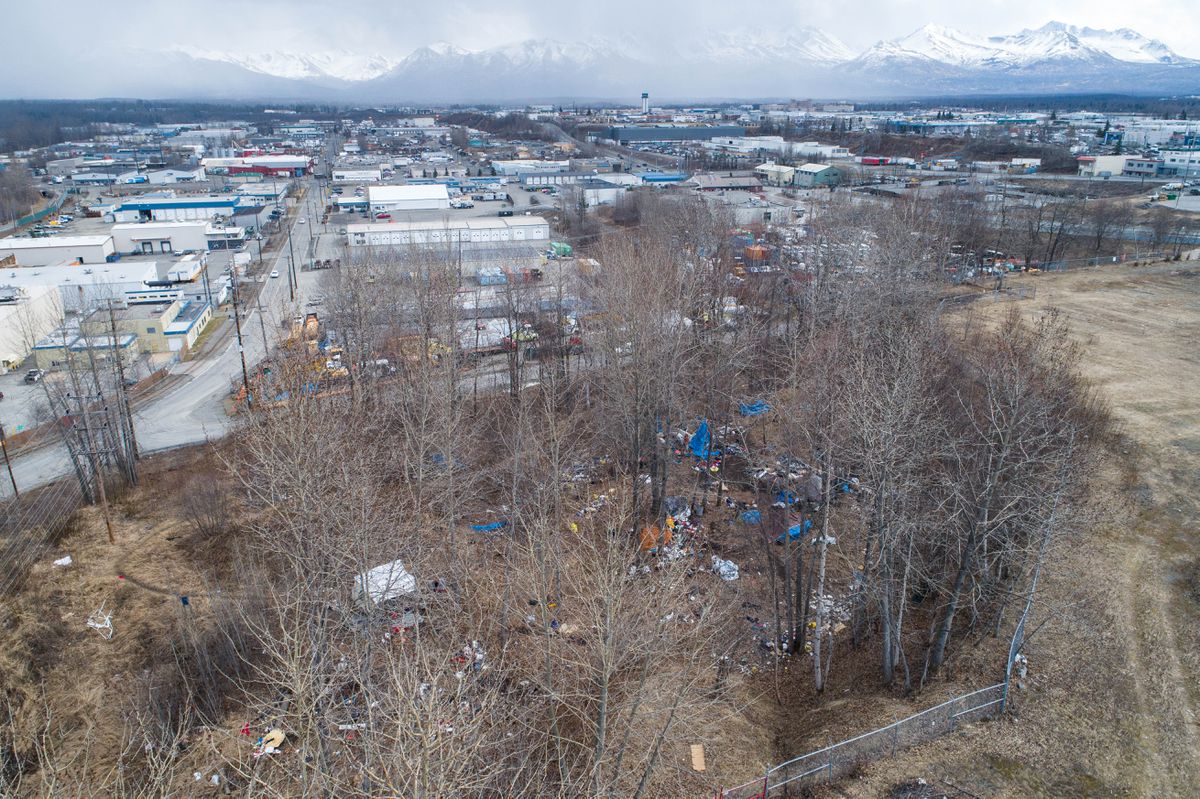 When a group of mostly Democratic lawmakers fires off a letter to Anchorage’s Democratic mayor and his police chief suggesting they are sitting on their thumbs when it comes to cleaning up homeless camps, it is indicative of mounting frustration with the problem.

“We are writing to urge the Municipality of Anchorage to use its full legal authority to clean up the city’s parks,” the letter to Mayor Ethan Berkowitz and Police Chief Justin Doll states. “Each year, the number and size of encampments with semi-permanent structures, fires, chop shops and drug paraphernalia continue to grow.”

City officials, their feathers ruffled, squawked the lawmakers do not have a clue; that much is being done; that the legislators offered no solutions.

Most days, watching our betters slapping each other around is manna from heaven for us ordinary folks, but you almost have to pity the “powers that be” when it comes to the question of what to do about our burgeoning woodlands communities. The dozens of encampments spread all over Anchorage pose an immense problem that does not seem to be getting any better.

There are perhaps 1,100 homeless — about half the state’s homeless population — in Anchorage on any given day. The number has remained relatively constant in recent years. Their tents, tarps, sleeping bags and ersatz shacks often encroach not only on public property, but also on other residents’ rightful use of that property.

The urban campers also leave behind human waste and discarded drug paraphernalia. By the middle of last year, city workers had hauled off more than 90 tons of trash from the sites. The camps also pose serious fire dangers, especially in summer, and are home to too many criminals.

The reality is that the city joins Los Angeles, San Francisco and myriad other cities in doing what cities are wont to do in dealing with public camping — talking about it, spending money, drawing up plans, doing studies. Yet the camps remain, grow and multiply. In L.A. alone, the homeless population surged 16% during the past year, to 59,000, despite a multibillion-dollar effort to curb the problem.

The level of public dismay with the camps is rising. Denver voters in May voted overwhelmingly to retain a citywide ban on camping on public property. The National Law Center on Homelessness and Poverty surveyed 187 cities. Thirty-four percent outlaw camping on public property; 57% ban public camping in particular places. The courts, however, are not viewing such ordinances with much favor.

That the camps here pose thorny health and safety questions is unarguable, and Section 8.45.010 of the city code clearly bars them from public land. Yet they continue to pop up.

It may be that the encampments pose a question without answers, at least in a free, civilized society. The city has limited options. It cannot empty the camps at Rottweiler-point. It cannot put the homeless in jail. The much-overturned 9th U.S. Circuit Court of Appeals says so.

A three-judge 9th Circuit panel in September sided with six homeless plaintiffs and declared unconstitutional the Boise, Idaho, “anti-camping” ordinance that barred sleeping on public property if the people in question have nowhere else to go, the Idaho Statesman reported. The judges ruled it violated the Eighth Amendment’s ban on cruel and unusual punishment.

What, then, is Anchorage to do? Yes, the homeless have rights, but others should be able to use and enjoy the city’s public spaces without fear of being exposed to health or safety risks.

Should the city set up zones where the homeless can camp? Should it tap taxpayers for affordable housing? Medical care? Should it simply herd the homeless around, keep them moving and out of sight?

The problem seems almost insurmountable. The scope. The money needed. The effort. The courts. None of that means we should give up trying to rid the city of the camps. None of it, sadly, means we will be successful.

It simply means we must try harder.