Striking a balance for Alaska’s future 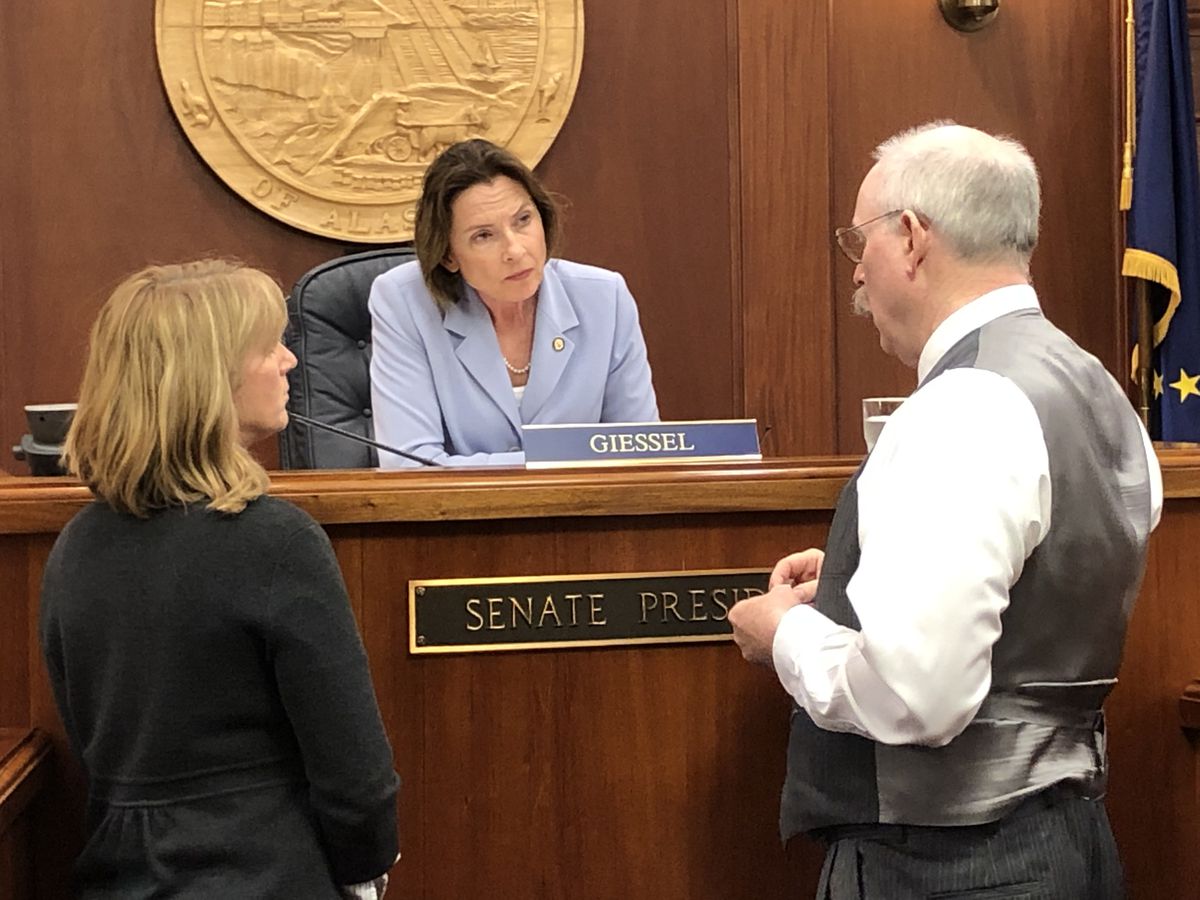 Last week, Alaskans across our state were shocked to learn the scale and depth of budget cuts proposed by the governor’s administration. The stated goal is to fund the largest Permanent Fund dividend check in our state’s history — $3,000.

Yet in fact, these reductions only go halfway. To sustainably fund a $3,000 dividend into the future, similar-sized cuts will be necessary again next year.

Even if all the governor’s red ink sticks, paying out a full PFD will overdraw Alaska’s savings by $600 million — that’s half of our annual statewide education budget.

Budget reductions are now on everyone’s mind. That’s a good thing. The Republican Senate Majority has reduced spending by more than $1 billion — with a “b” — during the past six years. We know how to reduce budgets carefully — with a scalpel, not a chainsaw. We want to share the problem and come to a solution, with you as part of the conversation. Pulling together in hard times is what Alaskans do best.

The question senators ask each year is: What do we want Alaska to look like? Should we be a state known for huge annual government checks? Should we focus instead on building a great place to live, work and raise a family?

This year, Alaskans spoke clearly that they wanted to crack down on crime and repeal Senate Bill 91. I am proud to say that senators responded with an exhaustive retooling of our criminal laws, in many cases getting tougher on crime than pre-SB 91 provisions.

In response, our prison and Alaska State Trooper commissioners were clear: Costs to the state are going to increase at least $40 million now, and even more next year. Should we endure a greater crime risk and be able to afford a larger PFD? The message we heard was clear: Alaskans want safety first. Quality of life can’t be measured in dollars.

Federally funded hunting and fishing programs that Alaskans rely on have been cut off. Low-income seniors are losing a very small monthly stipend which can make a real difference between heat, food or medicine. Behavioral health clinic and domestic violence shelter staff are questioning what will happen to the needy now, if their facilities are closed. Tens of thousands of college students are considering if staying in Alaska makes sense.

The question before Alaskans is what role will the Permanent Fund dividend play? As oil revenue declines through the years, will dividends consume ever more resources biting into education, health, corrections and public safety?

The Senate and the House have received bitter criticism because of our pause over the payment of a $3,000 dividend. Emails I receive demanding a super-sized PFD aren’t fit to read aloud to hardened sailors.

The Legislature created the dividend to raise awareness and marshal defense of the fund from overspending. Gradually, spanning 40 years of steady payments, some have confused the role of the dividend and the Permanent Fund; they care more about a big PFD today than protecting the earning power of the fund itself for the future. Doesn’t the 50-year future of the Permanent Fund matter more than paying a large dividend today? Is it possible the tail is wagging the dog?

Our Senate Finance committee has spent months working tirelessly to craft an Alaska family budget that keeps our kids educated, our seniors cared for and criminals locked up.

The administration believes strongly in the $1.9 billion PFD distribution, even though that’s 50% more than the entire state’s education budget. Many of my fellow senators and I have suggested ways to preserve a dividend program without decimating services or the Permanent Fund itself. We have made many “middle ground” suggestions.

I remain hopeful that the legislative branch can find common ground with the administration and put polarizing positions behind us. We can carry Alaska forward with balance and long-term vision.

The sacrifice necessary to pay a $3,000 dividend has only just begun. Is the feast today worth the famine tomorrow?