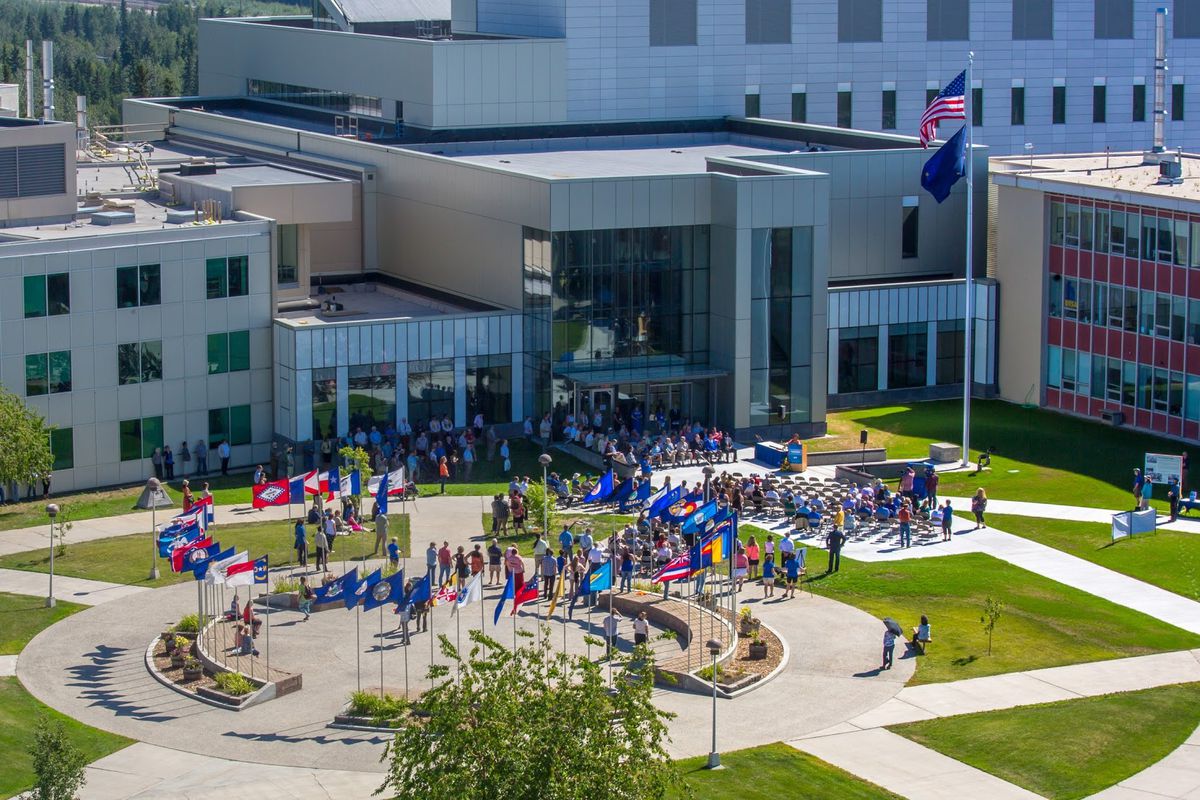 A crowd gathered in Cornerstone Plaza on the UAF campus for the formal rededication of the UAF cornerstone, originally laid in 1915 by Territorial Judge James Wickersham. (Todd Paris / University of Alaska Fairbanks)

A crowd gathered in Cornerstone Plaza on the UAF campus for the formal rededication of the UAF cornerstone, originally laid in 1915 by Territorial Judge James Wickersham. (Todd Paris / University of Alaska Fairbanks)

Despite its small size, Alaska’s public university system plays a big role in educating Alaskans. Rural and lower-income communities depend on the University of Alaska system for improving their job skills and providing accessible degrees beyond a high school diploma, ranging from certificates to PhD degrees. Students earning degrees at Alaska’s public universities are more likely to invest their 21st century skills into the state’s economy.

The governor’s 41 percent reduction in state funding to Alaska’s public university system would mean closing campuses across the state and endangering the university’s accreditation. Alaska students would have fewer options for continuing their education, and those options would be poorer in quality.

These cuts would be so damaging that degrees from Alaska’s public universities -- should those universities still exist -- will no longer be comparable with other institutions of higher learning in the United States.

Alaska’s people need Alaska’s public university system. The governor’s budget cut sacrifices the future of the state’s citizens, its economy, and its contributions to the world for the sake of short-term savings. This sacrifice is one we cannot allow when this is a manufactured budget crisis that could be easily fixed by a moderate reduction in the Permanent Fund dividend check and abolishing of unnecessary tax credits for the multinational oil companies. We call on the lawmakers of Alaska to override the governor’s 41 percent budget cut to the University of Alaska system.

Abel Bult-Ito, Ph.D is a professor of biology at the University of Alaska Fairbanks and president of United Academics AAUP/AFT Local 4996.