Is it time to fight or compromise? 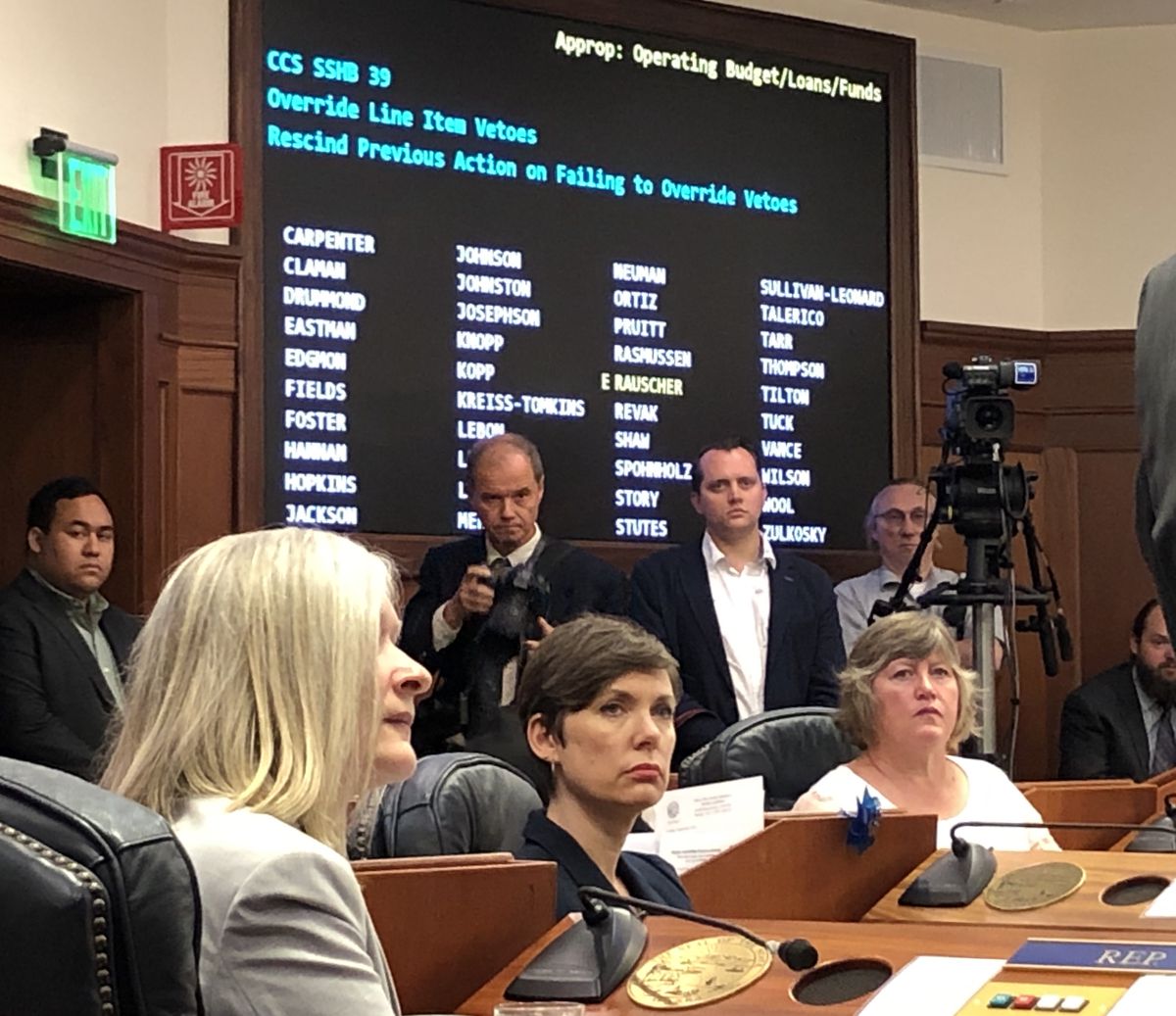 I am so determined to make a difference for my community and my state that I am ready to fight. I don’t mean physically; I mean politically. I want to take to the barricades to oppose what I see as the wholesale destruction of Alaska. I envision myself as a political fighter, armed with facts and righteous indignation. That vision of myself may be somewhat rewarding in a romantic idealism sort of way, but during my brief time in real politics in the Alaska Legislature, I have come to the realization that’s not how the system works best. To get things done in Juneau, and I assume the same holds true for Washington, D.C., one must resist the urge to fight first and instead listen and work. Fighting comes after work, not before.

That leads me to our current political catastrophe in Alaska. I don’t understand how a proud graduate from the University of Alaska can climb the political ladder all the way to the governorship only to decimate the institution that gave him the skills and knowledge to make the climb in the first place. I don’t understand it, but that’s exactly what is happening. I can’t fathom how a governor who, I have no doubt, loves Alaska, can treat its people so poorly that he’s trying to balance the budget on the backs of children in school and the seniors and elders who scratched out a living in this beautiful but challenging place. It may be hard for me to understand, but it’s happening. Why?

The answer can be summed up in three words; ideology, politics and winning. Let’s begin with ideology. What we have brewing in Alaska is a microcosm of the larger national battle pitting Americans against each other and the democratic ideal that government is there to help the people. Gov. Mike Dunleavy embodies this anti-government agenda more than most other governors, so it shouldn’t surprise anyone that in his first seven months in office, he broke out the sledgehammer to threaten treasured institutions and programs like the University of Alaska, public broadcasting, the Alaska State Council on the Arts and senior benefits. His first whack at these and other Alaska institutions occurred when his budget proposal was unveiled in February. The governor’s budget was so anti-government and anti-Alaskan that lawmakers with some big political differences came together to form the Alaska House Majority, even though Republicans make up a majority of the House members. The Republicans and independents who broke ranks deserve thanks, because if they had not stood up, things could be much worse. That leads me to politics.

Consider for a moment how we came to this place. In last year’s election the Democrats, independents and moderates battled and sniped back and forth about whether to support the incumbent governor or a Democrat whom the Republicans love to loathe. All the while the Republicans were steady and disciplined. In short order, they lined up behind Mike Dunleavy and carried him to victory, despite the blue wave that crested over the rest of country. The Republicans may have liked the politics of candidate Mike Dunleavy, but the politics of Gov. Dunleavy have proven so anti-Alaskan that many of them are now ready to join me on the ramparts.

That brings me to winning. Far too many people look at politics as a game with winners and losers. That’s how some politicians look at the world and apparently how Gov. Dunleavy looks at Alaska. The need to win at all costs is how I believe they justify their actions. That’s how a man who worked in public schools in Alaska, whose family is Alaska Native, and who graduated from the University of Alaska can make decisions that will harm public education, make villages less safe, and throw away our decades-long investment in higher education.

As I noted at the beginning, I am ready to fight, but that’s not what I am going to do, at least for now. Instead, I am going to spend the next several days listening to my colleagues while making reasoned and factual arguments to support my contention that Alaska is worth fighting for. I hope a meaningful compromise is reached in the next few days that protects the institutions and services that were created solely for the benefit of the people of Alaska. If that doesn’t work, then we fight.