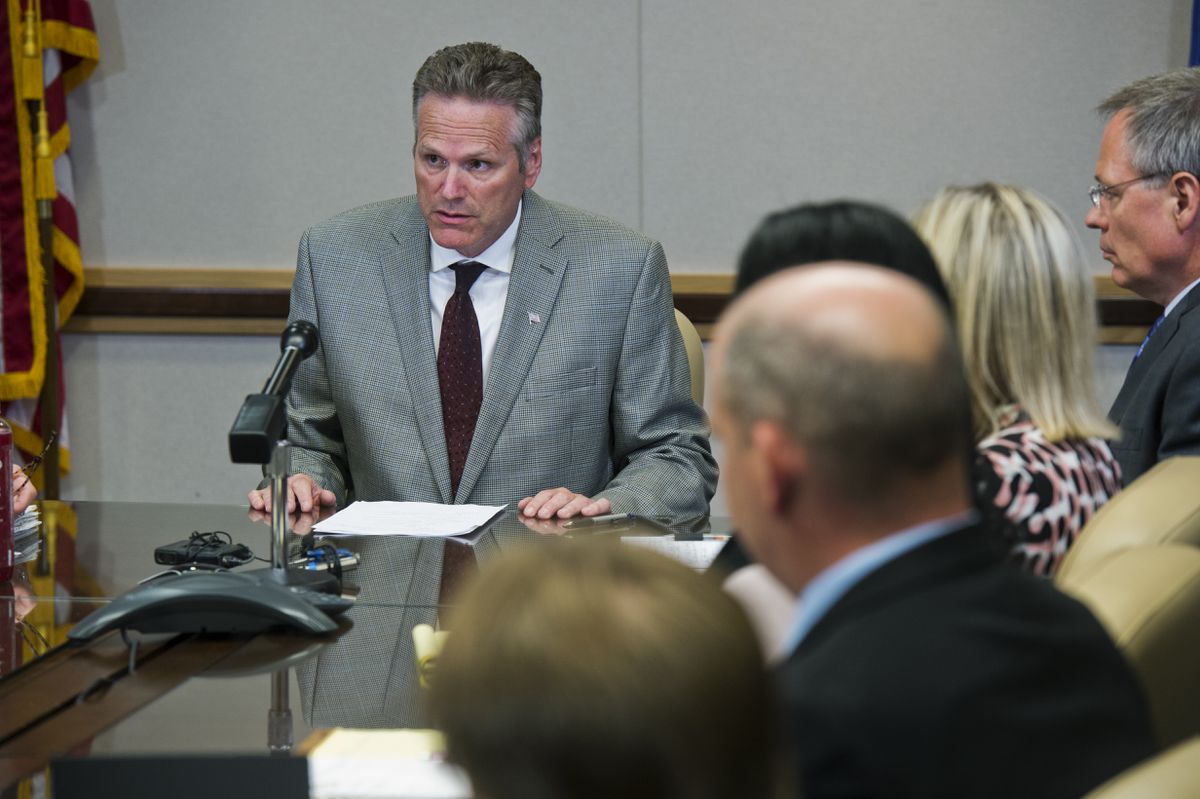 Maybe the kindest thing to say about Gov. Mike Dunleavy is he has no idea what he is doing. Perhaps he is so stunningly incompetent he does not have a clue.

As a teacher, Dunleavy was the biggest pencil in the classroom, not necessarily the sharpest. And as governor, perhaps he lacks the insight to fathom the hardships he is perpetuating upon tens of thousands of Alaskans from all walks of life, indirectly hurting thousands more who don’t yet realize the ramifications of his extremist ideology — who don’t understand, like the governor himself, that every economy and society is a complex patchwork of invisible connections. Tear one strand and bring down the web.

The governor may be unimaginative, uniformed and willfully blind, but he has lied repeatedly to us and to himself. While a fibbing politician may be as unremarkable as a barking dog, Dunleavy’s giant distortions are off the spectrum. The “Big Whopper” has been telling super-sized fabrications nonstop ever since he began campaigning. The inescapable truth is the Dunleavy Administration rests on three big lies, which he and his paid supporters on the government payroll keep chanting like crazed cult members.

Big Lie No. 1 was his 2018 campaign. While begging for votes, Mike Dunleavy never told the truth about what he planned to do if elected. Not once. In fact, he promised that he would not cut essential state programs, and that he would even increase spending on justice and education, and double the dividend too, the ultimate all-gain, no-pain campaign.

Instead of speaking the truth that Alaska must bring spending down and revenues up, he promised instead the classic fairy tale, balancing the budget by eliminating fraud, waste and inefficiency, peddling a snake oil fiscal cure as miraculous as a 2 a.m. weight loss infomercial. Dr. Dunleavy’s patented painless formula for budget bloat was so wonderful a panacea, he pledged no one would even notice the taste of the medicine; excess budget pounds would drip away, due to the fact that almost all the expenditures he said he would eliminate did not exist. He promised only imaginary cuts because he and his handlers realized if he told the truth, he would never be elected. So he lied. Dunleavy said on August 15, 2018: “I do not have a specific program I would like to reduce or eliminate.” (To see the list of Dunleavy’s false promises, see my brother Dermot Cole’s excellent summation here.)

Big Lie No. 2 came after the election, when — seemingly overnight — Gov. Pants on Fire forgot all his 2018 promises. His 2019 budget chopped real programs, no longer imaginary ones, by more than $1.5 billion, all the while making the preposterous claim that he was merely “keeping his promises.”

This is easily disproved. Consider the stunning debate of Aug. 16, 2018. The moderator asked the candidates (at the 36:16 mark in the debate) if they had plans to cut the following programs, and though Dunleavy tried waffling “not at this time,” the moderator forced a direct answer. Dunleavy responded as follows:

No cuts to Alaska State Troopers.

No cuts to the court system.

No cuts to public education.

No cuts to Power Cost Equalization.

No cuts to prisons.

No cuts to Pioneer Homes.

No cuts to the University of Alaska.

Once he became governor three months later, “No Cut Mike” suffered the world’s worst case of amnesia, as he cut all of the above to one extent or another, particularly the University of Alaska, for which he chopped state funds by 41%.

And this brings us to Big Lie No. 3, the biggest of all: an untenable claim that the self-imposed Dunleavy disaster is the only option. To the contrary, experts warn the Dunleavy method of slashing spending so deep and fast is the worst option, done in the name of ideological purity, not empirical evidence. As Senate Finance co-chair Natasha von Imhof testified, the Dunleavy administration never studied the possible consequences of their radical proposals. “Our future is on the line,” she said, “and we cannot even get basic answers regarding the administration’s analysis of the impacts of these huge reductions in state spending.”

The fallout from Dunleavy’s recklessness — such as his attempt to destroy the University of Alaska — will live on long after his name is but a sad reminder of a terrible time and the three Big Lies he told to the people of Alaska. The truth is he needs to be recalled. And that’s no lie.

Terrence Cole is a long time Alaska historian and former professor of Northern Studies at the University of Alaska Fairbanks. He lives in Fairbanks.