Alaska’s frontier myth is at odds with its authoritarian governor 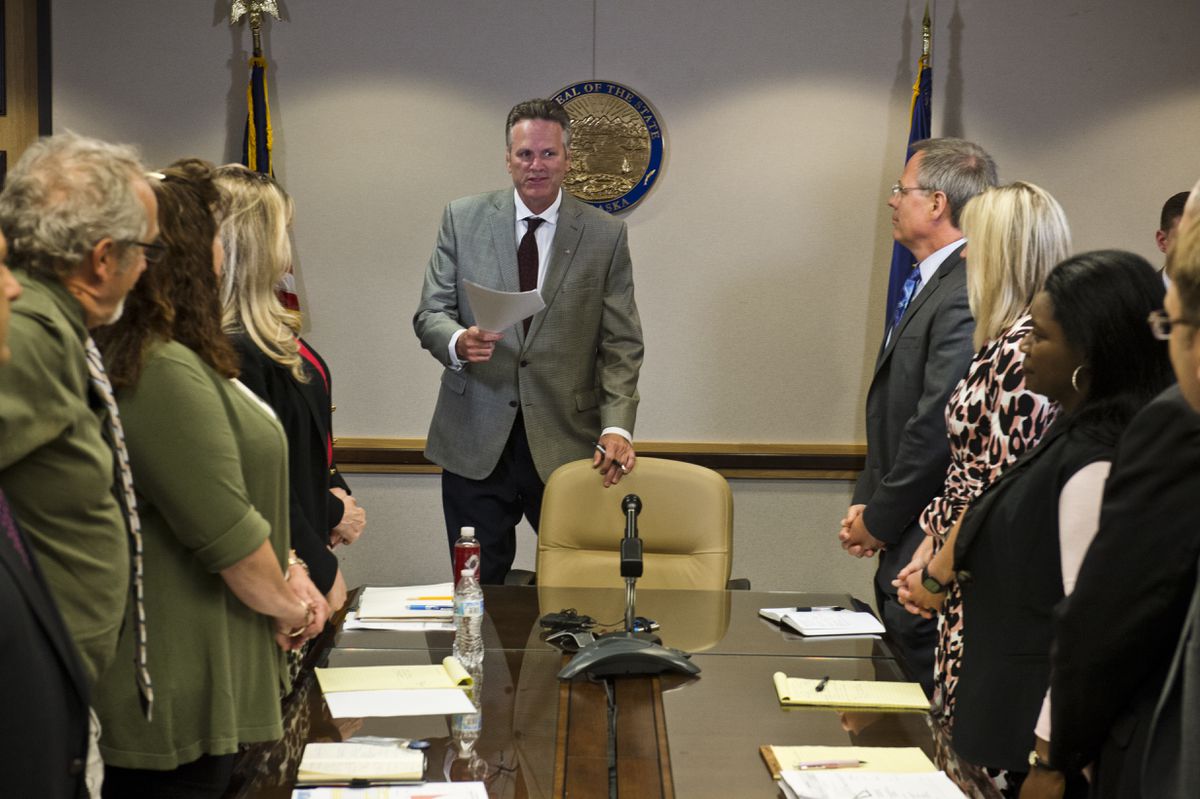 Isn’t it more than a little ironic that Alaskans, who seem to have a tenacious grievance against the government’s intrusion into their affairs, should find themselves in the hands of a ham-fisted, authoritarian governor? But that’s just where we are. Our governor has reached into virtually every aspect of Alaska life with his arbitrary vetoes, taking health care away from those dependent on it, stripping out essential services for the elderly and pre-schoolers, throwing large numbers out of their jobs and inevitably out of the state, robbing students of their chance to go to college, crippling the economy of a whole region (Southeast), bringing hardship to every corner of the state. These are not withdrawals mandated by the electorate; they are privations imposed by a strongman and his coterie, opposed by a majority of the Legislature, protested by thousands of citizens, decried by many more.

How do authoritarian governments happen in a democracy? There are many factors, but it begins with distrust of government, coupled with a decline in legislative bodies’ responsiveness to the public’s expressed policy preferences, together with the rise of ideological polarization which has paralyzed effective government. We have experienced all of these in the U.S. since the 1960s, with a particularly severe blow coming with the Watergate revelations and the resignation of President Richard Nixon in 1974.

Fifty years ago, according to the Pew Charitable Trust, 75% of the American people trusted their government; today that number has dropped below 25%. One reason is that average folks feel those who govern them don’t pay attention to their concerns. According to the widely viewed study by Benjamin Page and Martin Gilens, “Democracy in America” (2017), average Americans have little or no influence over policy decisions, their views suppressed by the access of large lobbying firms which, because of large campaign donations from the corporations they represent, have inordinate influence. Add to this the distortion of election districts by gerrymandering, aggravating political polarization, and efforts to disenfranchise whole categories of voters, often on the basis of race, a discomfiture exacerbated by the electoral victory of Donald Trump over the results of the popular vote in 2016. Analysts argue that the distrust engendered by all these helps explain the low voter turnout by millennials and low income earners.

People’s distrust their government and their confusion about whom to believe creates the opportunity for a strongman, someone who promises to speak for ordinary folks who have no voice. When obtaining power, such strongmen quickly move to crush dissent. In the Eastern European states that have gone authoritarian, journalists are arrested and executed, or are assassinated, protesters shot. Silencing dissent in America can’t take that form; neither would shooting down protesters be tolerated, though much has been done to intimidate them. Instead, what we face is incessant lying, which is aided by private sector groups and individuals to the point that facts become indistinguishable from lies, diminishing the impact of the truth and those who promulgate it.

We have these circumstances in America today, and they are exacerbated in Alaska by a frontier myth that people here are more self-reliant, more determined to run their own lives without influence or interference from government. Failure to adopt that myth runs the risk of social ostracism. There is as well in the state a persistent mantra that the federal government has never dealt fairly with the state, and has reneged on commitments made at statehood. And now we have the fiscal crisis brought by fallen oil prices and four decades without any substantial state general revenue except from oil taxation. Add to that the Permanent Fund dividend, and the promise of a $3,000 distribution, and we get a volatile political stew that has produced our current quandary, and the strongman who seeks to take advantage of it.

Gov. Mike Dunleavy is a dangerously authoritarian governor. He seems determined to impose his will on the populace no matter what, despite protests across the spectrum within the state. This is not democracy, and the governor’s defiance represents a clear and present danger to democratic government. Anyone who resents government’s insertions into their lives should resent his intrusions, and should work to get rid of them.

Stephen Haycox is a professor emeritus of history at the University of Alaska Anchorage.