Let’s vote on the PFD 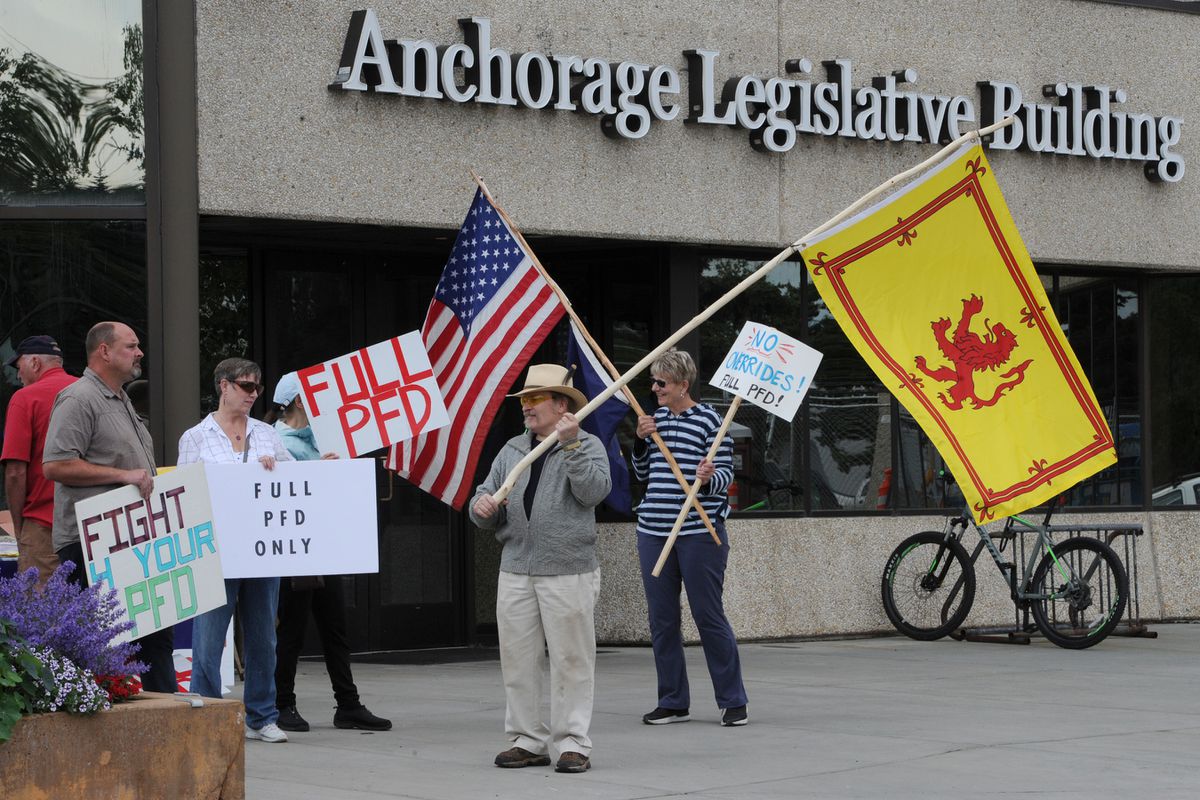 When it comes to the issue of the Permanent Fund dividend, Alaskans are divided. This division has created issues of class warfare, regional division and annual hassles within state government about the purpose and size of the PFD. Thus, the traditional PFD is in jeopardy.

The Legislature has formed a PFD working group to analyze the history of the dividend, but rather than focusing on the past, let’s look for a solution. To start, we must recognize that there are three main groups of people with strong views about the PFD — those who support the traditional PFD, those who oppose the PFD, and those who want to change the PFD using the percent-of-market-value model.

Scores of people from rural and urban Alaska have testified at public hearings and on social media sites in favor of the traditional PFD because it provides essentials for families like heating fuel, home and auto repairs, clothing, medical, property taxes and others. For those in rural Alaska, these needs are often higher priced than those commodities and services in urban areas. The PFD improves the quality of life for all Alaskans and keeps some families from falling below the poverty line.

Private-sector economist Ed King and public-sector economist professor Gunnar Knapp —before he retired — published studies revealing that PFD cuts are a form of regressive taxation that hurt low- and middle-income families the most, while leaving the upper-class people and families relatively untouched. Former Gov. Jay Hammond, one of the founders of the Permanent Fund and the PFD, wrote in “Diapering the Devil” about the same disparity. Many also believe the PFD satisfies the Alaska Constitution’s mandate to manage resource wealth for the people’s maximum benefit.

Recent fiscal challenges have revealed that some want the PFD to be used to pay for government. These people have also showed up to testify. They are teachers and public employees, nonprofit organizations that receive grants and state funds, state government contractors, union representatives and local government officials. They have a vested interest in growing government because they have built their nonprofit groups and business models on the current level of spending.

These people claim that they do not want their PFD, which might be true. But they do want a PFD — yours, to spend on their special government program or contract. They have expressed emotions and fears that “the sky is falling” and “people will die” if budget cuts are maintained. They want everybody to get a smaller PFD or no PFD, and have framed the issue as “state services vs. a full PFD.” The public sector has been growing over the years, and these public contractors and employees don’t want their paychecks and benefits to shrink.

Since the inception of the Permanent Fund and the PFD, there have also been those who wish to convert the PFD program into an endowment or annuity program. The POMV model is designed to use a percentage of the market value of the fund to pay for government and pay a PFD. Discussions against this proposal have centered on: invasion of the fund’s corpus without a public vote; reduced dividends in the hundreds of dollars in the future from the traditional method; and without constitutional protections, the Legislature would fight over the amount of the PFD every year.

Regardless of what people believe today about the PFD, the purpose of the Permanent Fund and the PFD was to protect Alaska’s wealth from politicians with insatiable appetites to spend and grow government. It was also to create a rainy day fund, but it isn’t raining. The solution: Put any changes to the traditional PFD calculation and distribution formula to a vote.

A vote has bipartisan support, but legislative leadership continues to delay the one action that can solve the PFD problem. A vote of the people, to enshrine it in the constitution, would settle our division. If it passes, there would be some stability going forward. If it fails, then we can implement a different approach. Since the PFD touches every Alaskan, we should have that vote.

Bill Topel first came to Alaska in 1966. He graduated from the Anchorage public schools in 1971 and has earned two certificates, an associate’s degree and a bachelor’s degree from the University of Alaska Anchorage from 2012 through 2016.