In budgets and in life, let’s define ourselves by empathy and compassion 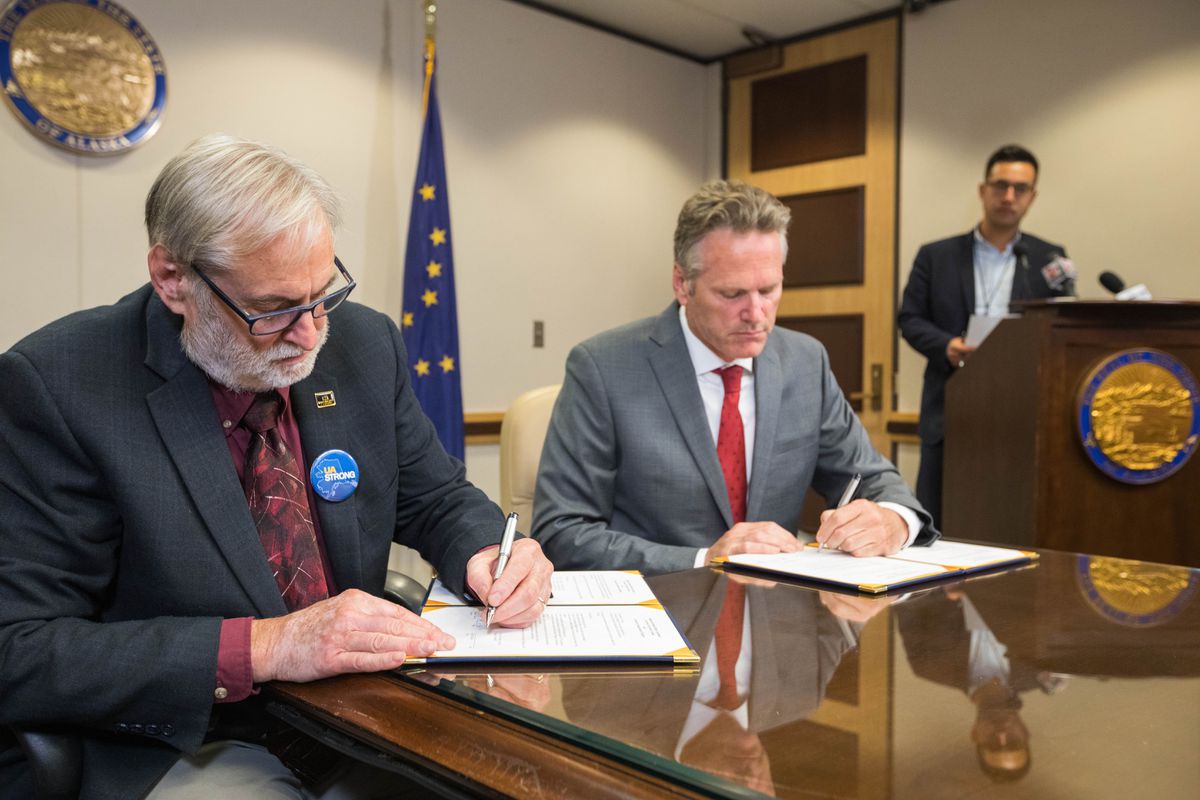 As the nation wept, President Trump stood with the baby who had been orphaned when his parents shielded him from a shower of bullets. He gave a thumbs-up. He smiled a broad, satisfied smile of a man unable to grasp the moment: This child will spend a lifetime navigating the loss. We can have hope that such a loss may compel this child to better understand the pain of others; to have the empathy that the president so starkly exposed his lack of with his callous grin and pose.

As the state roiled, Gov. Mike Dunleavy also grinned and pressed the flesh at a senior center as he announced his decision not to follow through on the threat he had previously made to those very same seniors. As if expecting thanks, he told them that while he had hoped to cut their funding, he had recanted only due to the relentless badgering of throngs of Alaskans, motivated incomprehensibly not by dollars but by the empathy he lacked.

These two elected executives are linked in their self-exposed lack of empathy: the ability to understand and share the feelings of another. The word is deeply entwined with the word “compassion,” which separated into its component etymological parts means literally “to suffer with.” It is not simply a nice quality in a person, it is at the heart of what makes us human: Compassion allows us to see that when another person suffers, we suffer with them, whereas the lack of compassion is at the center of most of history’s most inhuman atrocities. In their willingness to place entire groups of people in harm’s way through their rhetoric and draconian budget cuts, the president and the governor have shown that they do not act with compassion or empathy unless they are forced to. This is cause for great concern.

Some decry the invoking of emotion in a political debate, using the word “emotional” as an insult, as if emotions were an extraneous part of the human condition. But wiser minds lead us to a better way. We might instead view emotion in the way C.S. Lewis described friendship: “Friendship is unnecessary, like philosophy, like art ... It has no survival value; rather, it is one of those things which give value to survival.” Through this lens, as we discuss our state budget, emotion isn’t necessary as a means; it is in and of itself the end. We create this budget in order to create a way forward that is defined by empathy and compassion. We measure our success by how well it treats our seniors, our children and all of our vulnerable populations.

We should and do celebrate the fact that the governor recanted on his threats. But we also must remember that damage has already been inflicted. Seniors, children, the homeless, residents of rural communities, and other groups of Alaskans have spent weeks terrified about their future in Alaska, or lack thereof. They have been traumatized by being identified as expendable, and that trauma doesn’t simply disappear when the funding is reluctantly, partially restored. The governor has placed them on the chopping block, questioned their value, and exposed his own character as someone who must be lobbied, persuaded, and badgered in order to show compassion. These calculated half-measures of pseudo-empathy came only after tens of thousands of people signed on to have him recalled, and that pressure must continue if we hope to protect our elders and children and other vulnerable populations in the next budget year. We know this, because he has proven that his compassion cannot be trusted. His compassion will not be forthcoming. It must be purchased or coerced.

But there is still time for good news. The governor can still save people the pain of cuts to necessary programs and the trauma of threats to their lives. He claims that his intention was not to inflict harm but to force Alaskans to identify the programs they felt were most essential. But the Alaskan people didn’t communicate what we value, we communicated who we value. We value the elderly. We value the young. We value the vulnerable. This isn’t a conversation about what we can afford, it is a conversation about who we choose to be. Alaskans, please choose to be a people of compassion.