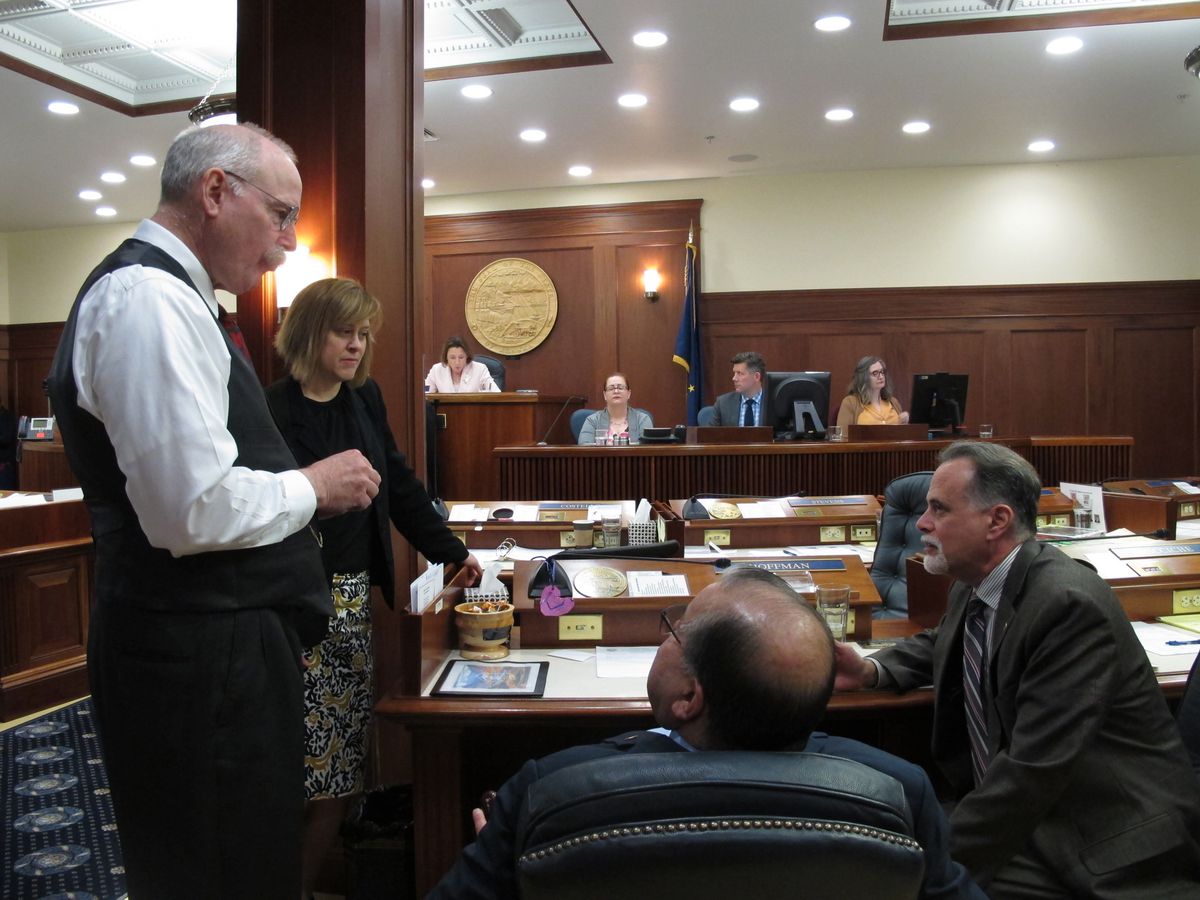 Though I’ve never run for public office (student council in college in 1971 doesn’t count), I have a pretty good idea of the social media abuse aimed at elected officials, especially legislators who are trying to make responsible decisions about the Permanent Fund dividend.

That’s why it’s important that everyone who values public services for healthy communities over the political popularity of serving individual wants should support those lawmakers working to find a sensible answer for how to share Permanent Fund earnings.

At some point this fall — if they meet in special session — or next year when they convene in regular session, legislators will again debate a new formula for calculating the annual Permanent Fund dividend paid to all eligible Alaskans.

The governor likes the existing formula, which dates back to 1982, when the Permanent Fund was invested entirely in low-risk, low-return bonds and certificates of deposit; when North Slope oil production was on the upswing toward a record 2 million barrels a day; and when the oil money flowed so richly that the state enjoyed a billion-dollar budget surplus.

Comparing then to now, we have 75% less oil flow, 50% more residents, and a Permanent Fund heavily invested in longer-term assets that can earn a lot of money but which also carry more risk of some down years.

Gov. Mike Dunleavy likes the 1982 formula because, if the state could afford to follow it, the math would produce a $3,000 dividend this year. That’s what the governor successfully campaigned on last year and that’s what he wants legislators to appropriate this year.

To their credit, most legislators know that’s financially irresponsible, which is why they appropriated about a $1,600 dividend. And even just to cover that, and the state budget for public services and capital projects, Alaska dipped once again into its dwindling budget reserve fund — and made painful cuts to important services such as the state ferry system.

Just because an outdated formula says $3,000 doesn’t make it the right answer. Thankfully, most legislators understand that.

Drawing down the Permanent Fund this fall to pay the additional $1,400 the governor wants to reach $3,000 could mean a total withdrawal of close to 7% of the fund’s value in a single year. Not only does that far exceed the maximum withdrawal set into law last year by the Legislature, but it’s more than the fund earned last year and more than the fund expects to earn annually on a long-term average.

It’s too much. It’s irresponsible to overspend earnings. It would diminish the fund’s value over time. And it would jeopardize funding for schools, the university, public safety and everything else Alaska communities need. It could jeopardize future dividends, too.

So, I agree with those who say if we’re not going to follow the dividend formula in the 1982 law, change the law. Alaska has not followed the formula the past three years, and each time it was a controversial decision between those who supported the full payments and those who favored building up our earnings reserve.

Rather than debate the formula every year, it’s time the Legislature and governor agreed to a new calculation for the dividend, one that acknowledges the original purpose of the Permanent Fund was to help provide for public services when a diminished oil flow could no longer cover all our bills.

Paying dividends is good, but it’s not the sole purpose of the fund.

Settling the political fight over how to share Permanent Fund earnings between the dividend and public services would allow Alaskans to move on to other issues. Until then, we’re immobilized over the dividend-versus-public-services debate. It’s not healthy, it drives ugliness in social media, and our communities are suffering while we fight among ourselves.

Larry Persily is a longtime Alaska journalist, with breaks for federal, state and municipal jobs in oil and gas and taxes, including deputy commissioner at the Alaska Department of Revenue 1999-2003. He is teaching journalism this fall at the University of Alaska Anchorage.