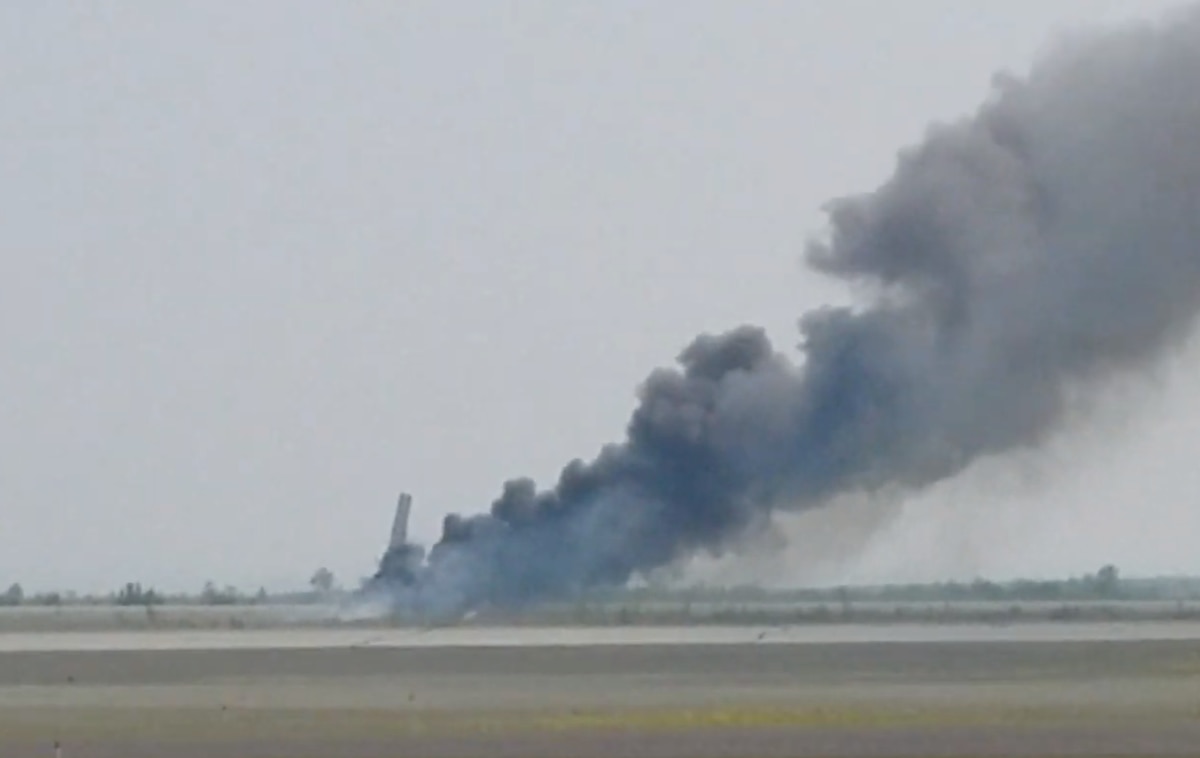 A plane operated by Grant Aviation crashed on landing at Bethel’s airport Monday afternoon, July 8, 2019, but the pilot and all five passengers escaped the fiery wreckage. (Screen grab via YouTube)

A plane operated by Grant Aviation crashed on landing at Bethel’s airport Monday afternoon, July 8, 2019, but the pilot and all five passengers escaped the fiery wreckage. (Screen grab via YouTube)

On Aug. 19, the Medallion Foundation declared it was closing down. The announcement sparked renewed interest in the nonprofit air safety organization and raised questions about its accomplishments. With Alaska in the midst of a brutal aviation year — through Aug. 20, there have been 55 accidents resulting in 26 fatalities and 14 serious injuries — air safety concerns have prompted the National Transportation Safety Board, or NTSB, to conduct a roundtable discussion on safety for air taxis and small commuters known as FAR Part 135 operators in Anchorage on Sept. 6. Medallion was scheduled to take part in that roundtable, which would have provided the public with an opportunity to learn more about the effectiveness of its programs. Finding those answers now relies upon sifting through an array of public records, many of which are proving difficult to obtain.

Including 2019 funds confirmed in recent news reports, Medallion received $22,300,000 from the FAA over its 17 years of operation. The state of Alaska provided an additional $1 million. It primarily used this funding to purchase simulators and establish a safety program based on acquisition of “stars” — culminating with a “shield” award — that offered a “scalable standard of safety that is unsurpassed in the aviation industry.” But in all its years of financial support for Medallion, the FAA never conducted an independent analysis of its effectiveness, pointing instead to reductions in overall accident statistics to bolster support for the foundation. Thus there is no hard evidence that Medallion is primarily responsible for any improvement in air safety.

Aircraft accidents in Alaska have decreased over the past decades, from an annual average of 168.6 in the 1990s, to 116.2 in the 2000s, to 87.5 in the 2010s. However, as the Centers for Disease Control and Prevention (CDC) and the National Institute for Occupational Safety and Health (NIOSH) acknowledged in a 2011 study, the decrease may be attributable to many factors other than Medallion, including expansion of the FAA weather camera system and development of Capstone/ADS-b technology aboard aircraft. Further, the study ignored certain significant factors in Alaska air safety, such as the increase in published instrument landing approach procedures for Bush airfields and the 2002 Rural Services Improvement Act which, by 2014, led to the reduction of Bush bypass mail carriers from 35 to nine. Finally, the CDC/NIOSH study never considered why so many Medallion members continue to be involved in serious crashes.

A direct comparison between annual lists of the Medallion star and shield recipients and the NTSB aircraft accident database is the best way to immediately glean some effectiveness of the program. Medallion was contractually required to provide these lists to the FAA. However, despite a nearly year-old Freedom Of Information Act, or FOIA, request, this information, as well as other pending FOIAs about Medallion, has so far proved impossible for me to obtain.

Through internet archives, news articles and accident reports, we can determine some information on star/shield accident statistics. Between 2002 and 2019, at least 131 Part 135 accidents in Alaska involved Medallion star and shield recipients. (This figure also includes crashes that occurred when the Part 135 operators were repositioning aircraft, training or otherwise flying under Part 91 rules.) These Medallion crashes resulted in 51 fatalities and 41 serious injuries.

There have been other red flags about the organization and its members. In 2008, the FAA issued an emergency revocation order of L.A.B. Flying Service’s operating certificate due to multiple maintenance discrepancies; the company subsequently shut down. In 2014, Bald Mountain Air Service was fined more than $100,000 by the FAA for multiple violations, then was hit four years later by OSHA with more than $500,000 in penalties and fines for whistleblower retaliations related to the initial FAA investigation. L.A.B. was a Medallion shield carrier at the time it was shut down; Bald Mountain received its safety shield in 2015, one year after the FAA fines.

In the NTSB’s 2017 public hearing for the Oct. 2, 2016, Hageland Aviation triple fatality crash in Togiak (the ninth accident for this shield carrier in five years), Clint Wease, the FAA’s Alaska Region Flight Standards Division Manager, was asked if any “measurable performance data” had been collected by the FAA on Medallion. He replied he had observed Medallion work with carriers, “how they’ve been effective in turning around carriers and how they’ve been effective at not turning around carriers. It’s been the carrier’s decision in each case.” As to quantitative data on the organization’s overall effectiveness, he did not believe “we grab that kind of data.”

In multiple accidents during the past several years, NTSB investigators have sought to determine how significant Medallion’s star/shield program has been to its participants. In answering questions from investigators about the 2013 triple-fatality helicopter crash with the Alaska State Troopers, a star recipient, Jerry Rock discussed the accident in terms that expressed puzzlement: “... Things happen,” said Rock, “And, you know, the pilot decision processes sometimes probably — I hate to say it, but 90% of the time, really why these accidents happen, I don’t think it’s so much the operator. The operator themself (sic), management, provides the tools, the training, but sometimes pilots just make mistakes and unfortunately that’s just kind of what leads this (sic).” With Medallion carriers involved again and again in catastrophic crashes, the notion that “90% of the time,” operators are to be absolved of responsibility is a disappointing admission. This is particularly frustrating as Rock claimed a high degree of credit for those participating in Medallion during the Togiak hearing, asserting that no one could join the star/shield program “until the owner of that company sits down, talks with me, and we see a commitment that management believes in safety and is going to provide the assets, the people to, from a top to the bottom down look.” He continued, “So we want to know that they’re being taught from the top down that the safety program’s embedded within their operation.”

One has to wonder why that “top down” procedure requirement failed for the Alaska State Troopers, and so many others.

There have been dozens of high-profile, high-injury accidents over the years involving Medallion carriers. More recently, these include the November 2013 Hageland Aviation crash in St. Mary’s (four deaths, six serious injuries), the Promech Air, Wings of Alaska and Wright Air Service accidents between June 2015 and January 2016 (10 deaths, nine serious injuries) and the Taquan Air crashes on July 10, 2018, May 13, 2019, and May 20, 2019, during which eight people were killed and 15 seriously injured. These companies were all Medallion star and shield carriers — companies that, according to Medallion, “incorporate higher standards of safety than required by regulations.” Last month, Grant Aviation sustained a fiery crash in Bethel; it is also a Medallion star carrier.

We still don’t know how many Medallion Foundation members have crashed in the past 17 years. But the fact that no one has ever asked is a question that bears heavy consideration when any passenger sees a Medallion star or shield.