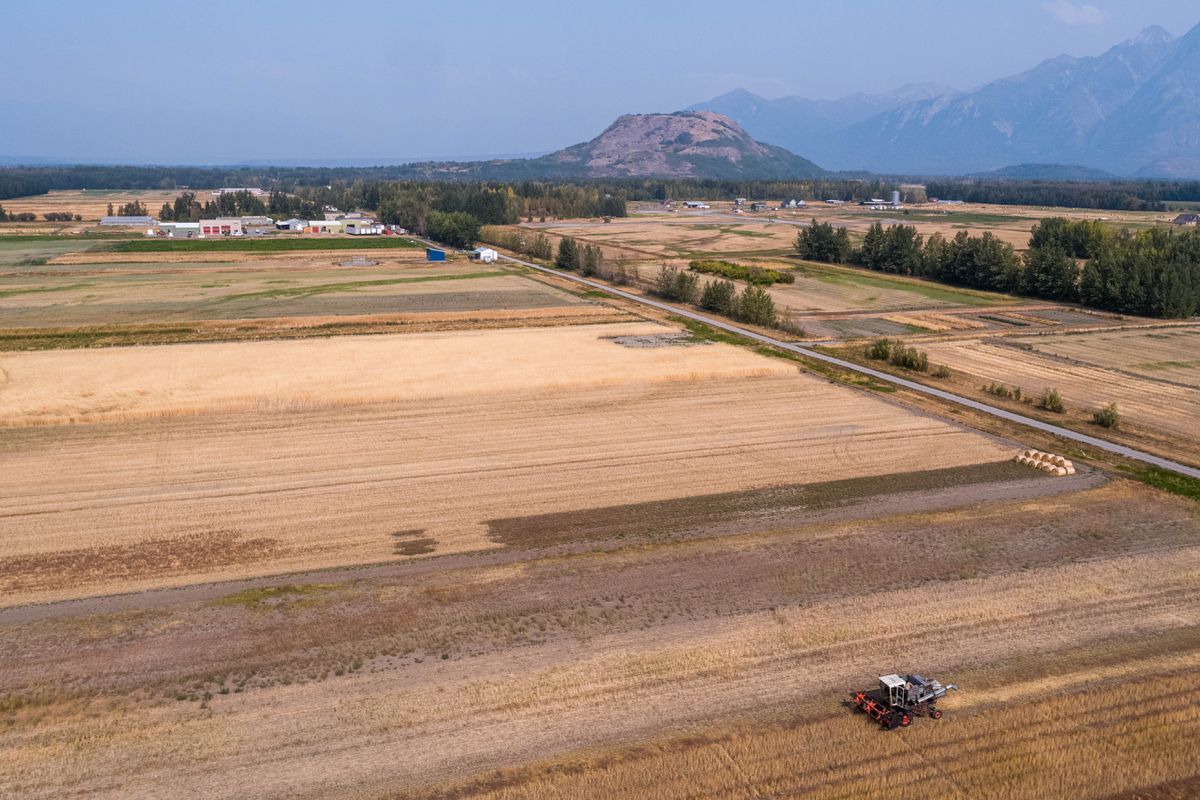 Dave Edgerton works on a combine at the Alaska Plant Materials Center on Thursday, Aug. 22, 2019 in Palmer. (Loren Holmes / ADN)

Dave Edgerton works on a combine at the Alaska Plant Materials Center on Thursday, Aug. 22, 2019 in Palmer. (Loren Holmes / ADN)

Despite our giant pumpkins, Alaska isn’t the first state people think of as a farm state. Yet Alaska’s farmers, ranchers, nonprofits, tribes, schools and others are responsible for an escalating economic boom that is contributing to our food security.

According to USDA’s latest Census of Agriculture, the number of farms in Alaska has increased 30 percent between 2012 and 2017. Compared to the 3.2 percent decline in the Lower 48, that’s remarkable. We have the highest percentage of new and beginning farmers in the nation. More than 200 are military veterans and more than 800 — nearly half of all Alaska commercial farmers — are women. The market value of our agricultural products has increased by 22%, and net cash farm income is up a whopping 68%. There are nearly 15,000 cattle and calves in Alaska. We rank No. 14 in the U.S. in aquaculture, with more than $35 million in sales. Sales of crops such as barley, vegetables and flowers reached nearly $30 million in 2017.

Farmers’ markets are popping up like fiddlehead ferns where we can find a cornucopia of delectable treats, including the sweetest carrots anywhere, kelp salsa, turkey, leeks, seafood, berries and Brussels sprouts. In 2006, there were just 13 in the whole state. Today, we have twice that number in Anchorage alone, and nearly 25 more in towns from far Western Alaska to Southeast. The Kenai Peninsula has the largest number of hoop houses per capita in the U.S., extending the growing season and expanding the variety of crops for backyard gardeners, food banks and schools. There are reindeer herders in Kotzebue and geoduck harvesters on Annette Island. Cattle ranchers and barley fields in Delta Junction and dairy cows on Kodiak Island. Schoolchildren in Coffman Cove are eating salads they’ve grown themselves; some are also selling their crops. It’s easy to find an Alaska Grown sticker in the produce section of the supermarket. And the number of FFA (formerly Future Farmers of America) chapters in Alaska is rapidly expanding, showing that more and more young Alaskans recognize that agriculture isn’t only an economic opportunity, but can also help us be more food independent. And Alaskans love to be independent.

No wonder multiple news articles over the past few years have called agriculture the fastest growing industry in Alaska.

Despite all this good news, Alaska still imports more than 90% of our food. We are one major disaster away from empty grocery store shelves. And we export just one agricultural product grown on land — peonies. What more can be done to take advantage of the bountiful opportunities before us?

Alaska’s farmers, the Division of Agriculture, the university’s agriculture researchers and Cooperative Extension agents, food banks, nonprofit groups, Native organizations and schools are working hard to take advantage of this economic opportunity and increase food security. Each of us can do our part. I’ve placed a grow tower in my office in Washington, D.C., to show that you can even grow lettuce at work! Working with stakeholders across the state, I designed a new program recently authorized in the Farm Bill called Micro-Grants for Food Security that will help everyone from the backyard gardener to the reindeer herders grow more food.

We can each do our part to grow Alaska’s economy and increase our food independence. What will you do?