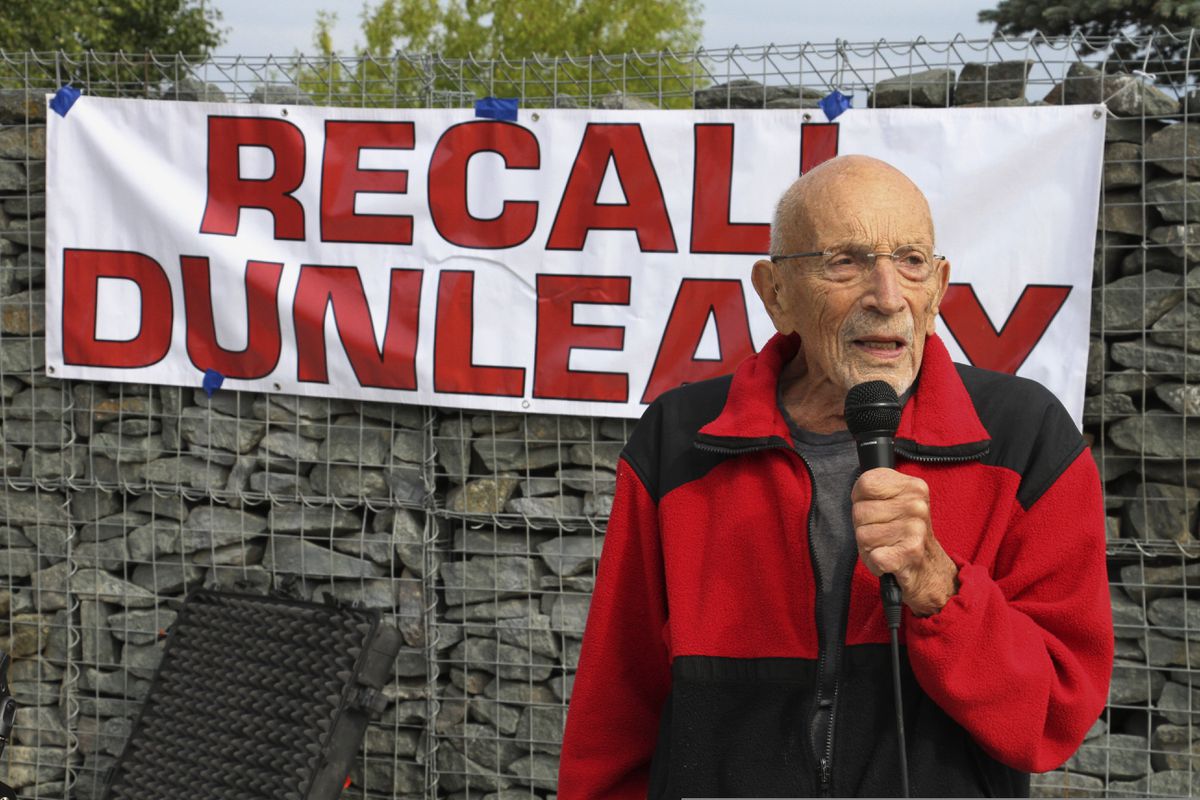 Alaskans have done it! They’ve taken the first major step to recall Gov. Mike Dunleavy and to get Alaska back on the path to a positive and constructive future.

On Aug. 1, Alaskans kicked off this effort to make history. On that single day, 10,000 voters throughout the state signed application forms to recall Gov. Dunleavy. During the past month, more than 36,000 more signed on for the recall.

This action is a continuation of the outpouring of opposition Alaskans have expressed toward Dunleavy’s disruptive policies. He certainly has united Alaska — against him.

We agreed to be co-chairs of the recall effort, together with Joe Usibelli Sr., because we are determined to protect our state and its citizens. We are from different parties, and we worked in different professional areas during our working lives. We are convinced that the Dunleavy administration is a threat to Alaska and that we cannot wait three years to un-elect him. Lives are at stake and so is our economy.

We are part of the generation that built Alaska. We brought statehood. We built roads, schools, ferries, universities and other foundations for the state’s future. We built for our kids, grandkids and great-grandkids.

We all believed, then, that Alaska is a fabulous place and that Alaskans would stick together through tough times to support each other. We see clearly that this spirit is alive and well today. Though we come together now for a tragic, but critical, purpose: to protect Alaska from its own governor.

On Thursday, we will be submitting our application that includes the required number of signatures and the legal grounds for the Dunleavy’s recall. The grounds include violation of Alaska laws, violations of executive branch ethics and campaign finance statutes, unconstitutional use of line-item veto and other causes.

We have provided specific examples under all the applicable legal categories, though only one of the charges needs to be found to be “grounds” to proceed to the next recall phase. However, we fully expect a protest and that this issue will go before the courts.

You can look forward to hearing in coming days about our legal status and the plans for collecting the next set of signatures.

In the meantime, we are very proud to be Alaskans and to be involved with this great citizens’ effort.

Arliss Sturgulewski is a longtime civic leader, former member of the Alaska state Senate and Republican Party candidate for governor.

Vic Fischer served in Alaska’s territorial Legislature and its state Senate. He is the last living member of the group of 55 men and women who wrote Alaska’s state constitution.