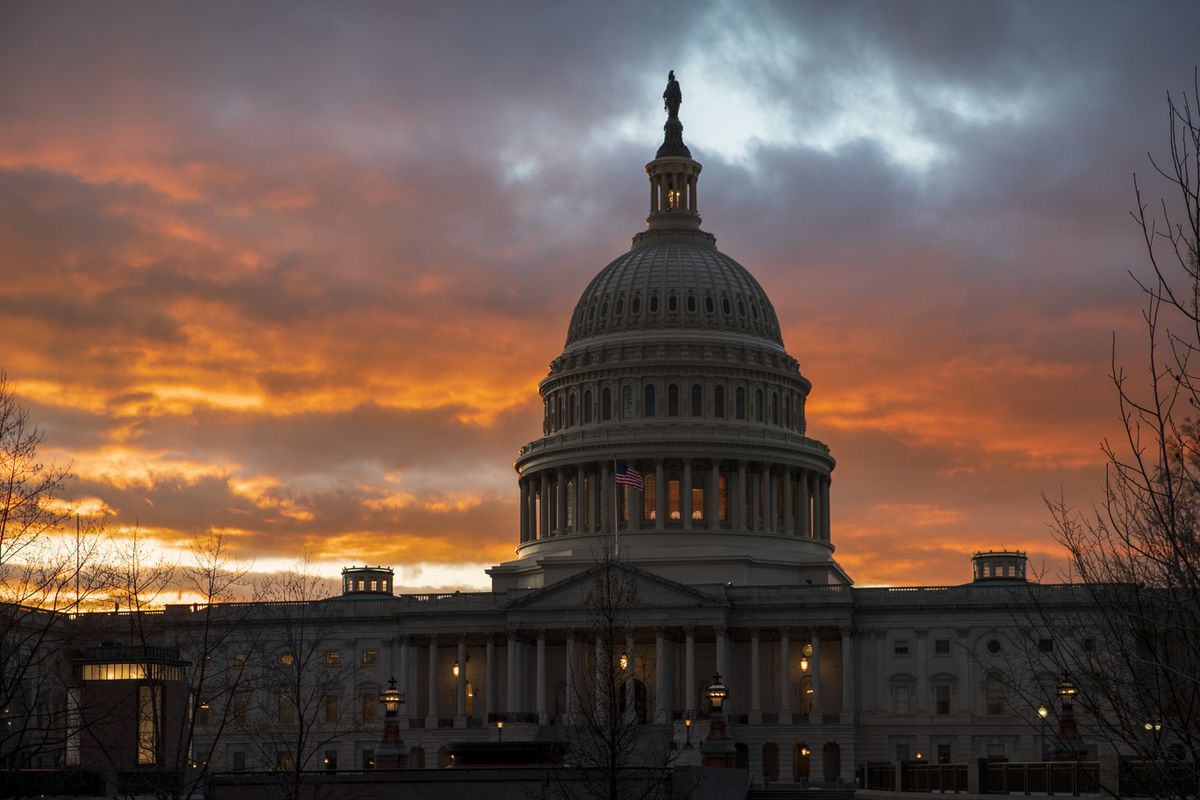 FILE - In this Jan. 24, 2019, file photo, the Capitol at sunset in Washington. Facing criticism that the Senate has become little more than what one member calls “an expensive lunch club,” Congress returns for the fall session with pressure mounting on Leader Mitch McConnell to address gun violence, election security and other issues. (AP Photo/J. Scott Applewhite, File)

FILE - In this Jan. 24, 2019, file photo, the Capitol at sunset in Washington. Facing criticism that the Senate has become little more than what one member calls “an expensive lunch club,” Congress returns for the fall session with pressure mounting on Leader Mitch McConnell to address gun violence, election security and other issues. (AP Photo/J. Scott Applewhite, File)

While our representatives in Washington, D.C., debate the nuances of broader health care policy, uninsured Americans are still turning to local hospitals to access basic care, and these hospitals are still on the hook for covering those costs. But if Congress doesn’t act by the end of September, funding for the program that helps keep these hospitals open will lapse, affecting multiple hospitals across Alaska and the thousands of people who rely on them.

Costs of care not covered by Medicaid, Medicare or private insurance have a significant financial impact on hospitals. This impact is mitigated in large part thanks to the Medicaid Disproportionate Share Hospital (DSH) program, which provides crucial funding to hospitals to help offset those uncompensated care costs. Without this critical funding, hospitals might have to stop providing services, lay off staff or raise costs. Though the DSH program is a crucial part of keeping safety-net hospitals open and running, the 116th Congress has neglected to make funding for it a legislative priority. If Congress does not act, $7 billion in cuts to the DSH program will go into effect on Oct. 1, 2019.

President Ronald Reagan created the DSH program in 1985 to support hospitals that serve a disproportionate number of uninsured patients and low-income patients. The Affordable Care Act called for a reduction in DSH program funding, with the assumption that Medicaid expansion would reduce the number of uninsured Americans. The logic was that hospitals would need less DSH funding as the uninsured rate dropped. However, implementation of the ACA and the subsequent expected insured rate did not occur as Congress initially intended, necessitating a postponement of the scheduled reduction.

While the national health care debate often stalls along partisan lines, the DSH program is unique in that it enjoys support across both sides of the aisle. Congress first delayed implementation of the cuts in 2013 in an overwhelmingly bipartisan vote, and has delayed them each year since, most recently in the budget agreement Congress passed in 2018. However, time is running out this year.

These cuts are simply unsustainable for safety-net hospitals and would force them to cut services, raise rates, or both, resulting in higher premiums, job losses, and in some cases, hospital closures. Lower-income Alaskans who depend on their local hospitals will be forced to find care elsewhere or pay more for the care they need, and communities whose economies rely on local hospitals would suffer. Health care leaders, advocacy groups, and industry experts all widely oppose DSH cuts and agree that Congress must take action to delay them.

As partisan politics dominate Washington, D.C., delaying DSH cuts is one issue leaders from both parties can and should agree on. However, in just a month, the most vulnerable of Americans and the hospitals they rely on will have to reckon with the adverse effects of bipartisan inaction. With continued uncertainty about funding worrying consumers and providers alike, Sen. Lisa Murkowski must work with her colleagues immediately to ensure continued funding for the DSH program and its vital support for Alaska hospitals and patients.

Kaia Pearson, M.D., is a resident specializing in family care in Anchorage.