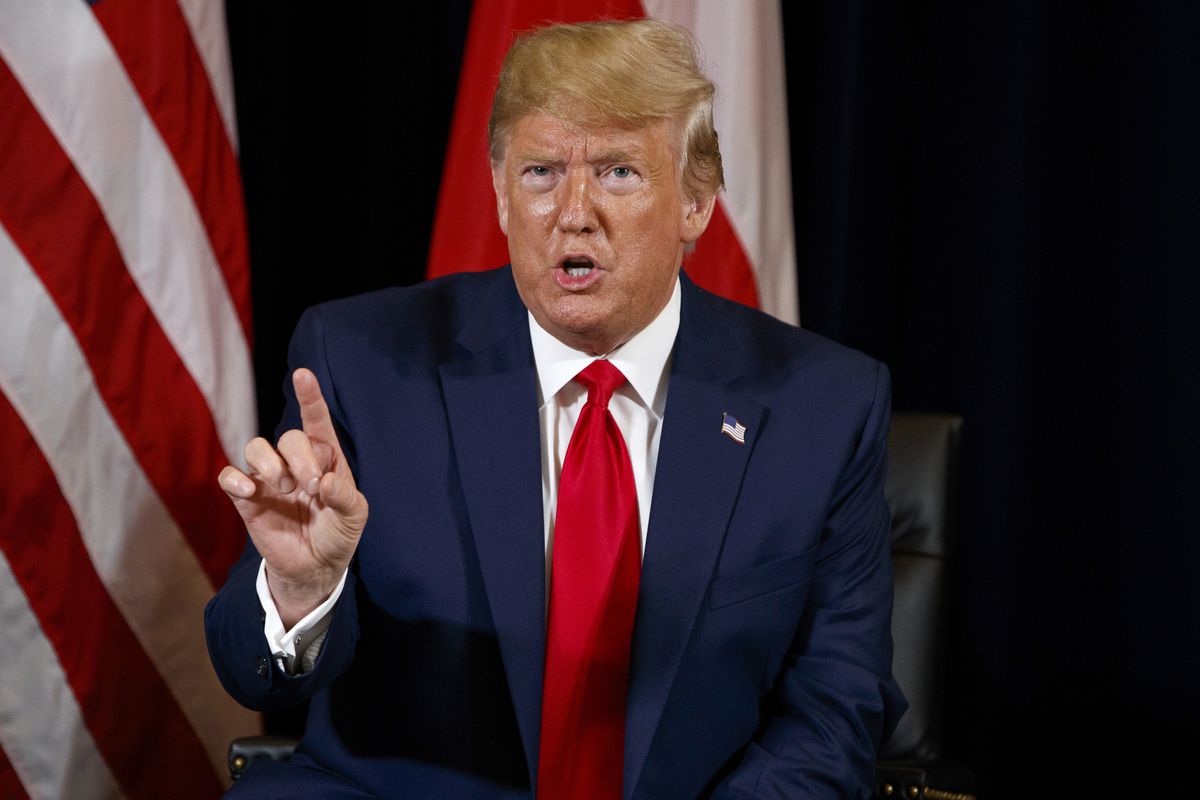 In America’s system of government, laws are only as good as those willing to uphold them. When governmental institutions fail to enforce the law equitably or violate their statutory and constitutional mandates without consequence, the system crumbles. One of the greatest institutional failures we face today is the U.S. Senate’s abandonment of its duty to serve as a check on President Donald Trump’s disregard for the Constitution and the laws that govern our society.

Just one of many examples of the president’s actions that warrant congressional oversight is his flouting of the U.S. Constitution’s prohibition against a president or any government office holder from accepting any fee or profit from a foreign government without the consent of Congress, as well as the prohibition against a president receiving any form of payment from a U.S. governmental agency beyond a fixed salary. Known as the Foreign and Domestic Emoluments Clauses, these prohibitions are intended to prevent corrupting foreign influence on U.S. officials’ decision-making and to prevent a president from using the power of the office for their own self-enrichment.

President Trump has retained ownership of his business enterprise and has ready access to a trust that holds his business assets. This means that when foreign government officials stay at one of the president’s business establishments, in effect that money is being paid to the president in violation of the Foreign Emoluments Clause. In violation of the Domestic Emoluments Clause, the president is compensated beyond his fixed salary through federal agencies making expenditures at his properties throughout the country and abroad.

Disregard for the Emoluments Clauses is part of a pattern of unlawful conduct by the president. He is thwarting the fundamental constitutional power of congressional oversight of his administration by withholding information and ignoring congressional subpoenas. He is appointing “acting” cabinet and other officials in contradiction of the Constitution’s Appointments Clause that requires Senate confirmation for these positions. Strong evidence exists that the president engaged in obstruction of justice during the investigation of his campaign’s ties to Russia. And almost every day the president lies to the American people, undercutting the foundation of our governmental system that relies on truth and transparency from our elected officials.

Every Alaskan should contact Sens. Lisa Murkowski and Dan Sullivan and urge them to publicly call on the Senate leadership and other senators to fulfill their congressional oversight duty over the president and his administration. Allowing the president to continue violating the Constitution and other laws without consequence sets us on a dangerous path toward a dictatorial presidency, one where the president feels empowered to take any action he sees fit, regardless of the law.

Lawyers in particular have an obligation to protect and defend the Constitution and our legal system. Towards that end, retired Alaska Supreme Court Justice Walter Carpeneti recently submitted a letter to Sens. Murkowski and Sullivan signed by 155 Alaska lawyers calling on the senators to take action in defense of the Constitution and the rule of law. Alaska lawyers can still sign the letter.

In America, no one – including the president – is above the law. Please tell Sens. Murkowski and Sullivan to do their duty to serve as a check on the president’s unlawful conduct. Do it now. Before it’s too late.

Lisa Weissler is a retired Alaska oil and gas and natural resource attorney.