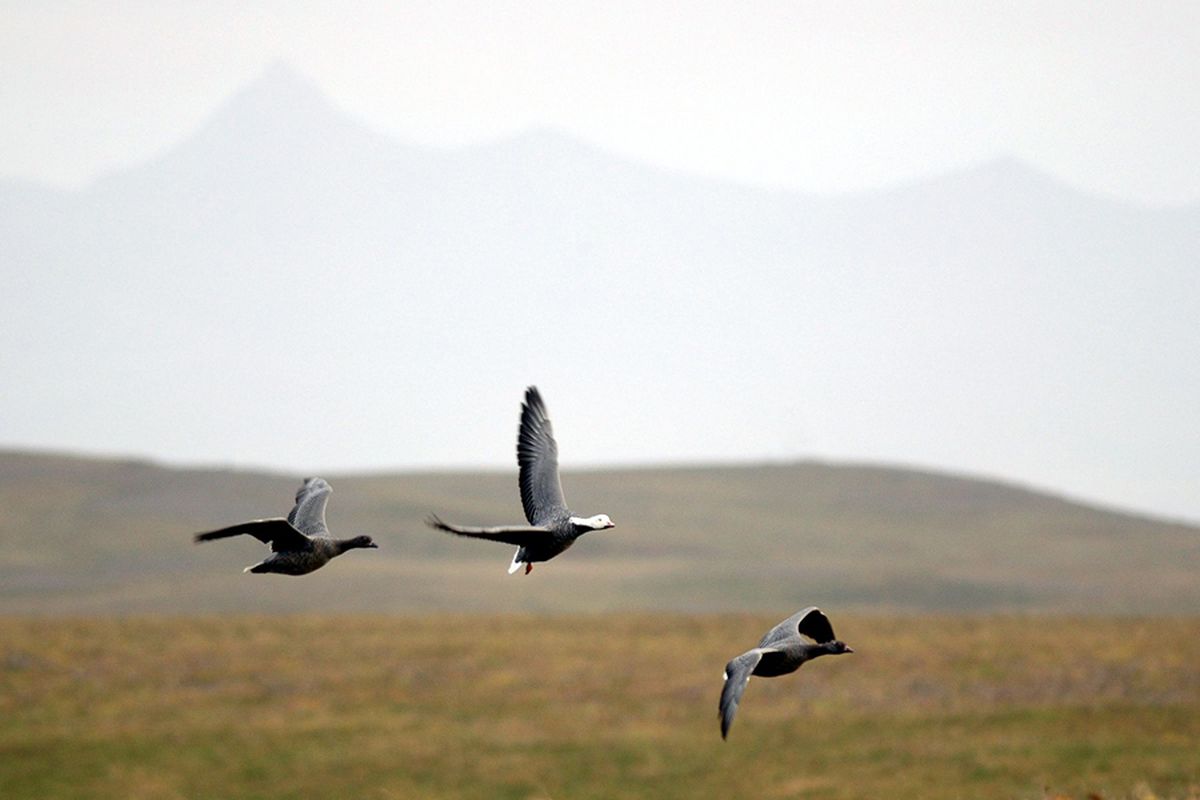 Earlier this year, in a very carefully reasoned decision, the U.S. District Court for Alaska determined that the Secretary of Interior’s previous decision to enter into an Izembek land exchange agreement “constituted an unlawful agency action.”

Without any public notice or input, Secretary David Bernhardt furtively signed a new Izembek land exchange agreement in July. The new agreement is even worse than the last one.

To begin with, the new land exchange agreement and Secretary Bernhardt’s “Findings and Conclusions” dramatically undercut the contention that the purpose of this exchange is to build a road for health and safety reasons. In the 1990s, when the City of King Cove passed their first resolution (Resolution 94-26), it did not mention public health and safety once. Not once. That resolution did, however, prominently mention that the road would link “one of the state’s premier fishing port/harbors (including North America’s largest salmon cannery) in King Cove with one of the state’s premier airports at Cold Bay.”

Now, for the first time, the new exchange agreement does not include any use restrictions whatsoever on the road, if built. As opposed to the last land exchange agreement and previous legislative proposals, it does not require that a constructed road be used solely, or even primarily, for health and safety reasons. The initial purpose of the road — to transport fish — is fully exposed.

Astonishingly, the land exchange agreement does not even require the building of a road at all, using instead the phrase “The road, if any...”(emphasis added). Really? Secretary Bernhardt’s “Findings and Conclusions,” are nonsensical, and legally unsupportable. Bernhardt cannot have it both ways. He cannot claim that the road justifies exchanging irreplaceable Congressionally designated wilderness lands, while also saying that the road is not necessary under the land trade agreement.

Also for the first time, the new land exchange agreement also does not have any acreage limitations, which could open up even more Izembek lands to significant abuse, including mining and other large-scale development.

The potential road (“if any”), creates a very real threat to human life itself. Under severe weather conditions, a rescue on such a road – given the frequency of avalanches, impenetrable snow banks, zero visibility, freezing spray and other life-threatening conditions — could be impossible, deadly or could gravely imperil all involved.

Aircraft and ocean-capable vessels have provided King Cove with successful medevacs for many decades. Sen. Ted Stevens, to his satisfaction, addressed King Cove’s health and safety needs through a multimillion-dollar appropriation for a medevac-hovercraft, improved the capabilities of its clinic and made other enhancements.

More than $70 million has been spent supporting King Cove’s needs, yet the community with a median income of $73,000 wants much more from the state and federal governments and us. Imagine if these additional monies were spread statewide, instead, to other Alaska villages and communities for their very real and unmet health and wellness issues, including facilities, infrastructure, staffing, training, and medevac capability.

Alaskans, especially Alaska Natives who live in the Yukon-Kuskokwim Delta, have depended for millennia on the birds that feed in Izembek National Wildlife Refuge — including 98% of all Pacific Black Brant, as well as most Steller’s Eiders and Emperor Geese.

It is especially important now — with the people, animals and waters of the Yukon-Kuskokwim Delta and elsewhere facing the impacts of climate change — to protect Izembek from costly, open-ended exploitation.

Interior’s secret, destructive, expensive and unfair land exchange needs to be rejected – this time for good.

Dr. Peter Mjos and Deborah Williams have been directly involved in issues impacting King Cove, Cold Bay and the Izembek National Wildlife Refuge for decades. Mjos served as a physician in the King Cove and Cold Bay region for nearly 30 years, and later was the Medical Director for the Eastern Aleutian Tribes; Deborah Williams worked as the Special Assistant to the Secretary of Interior for Alaska, among other positions.