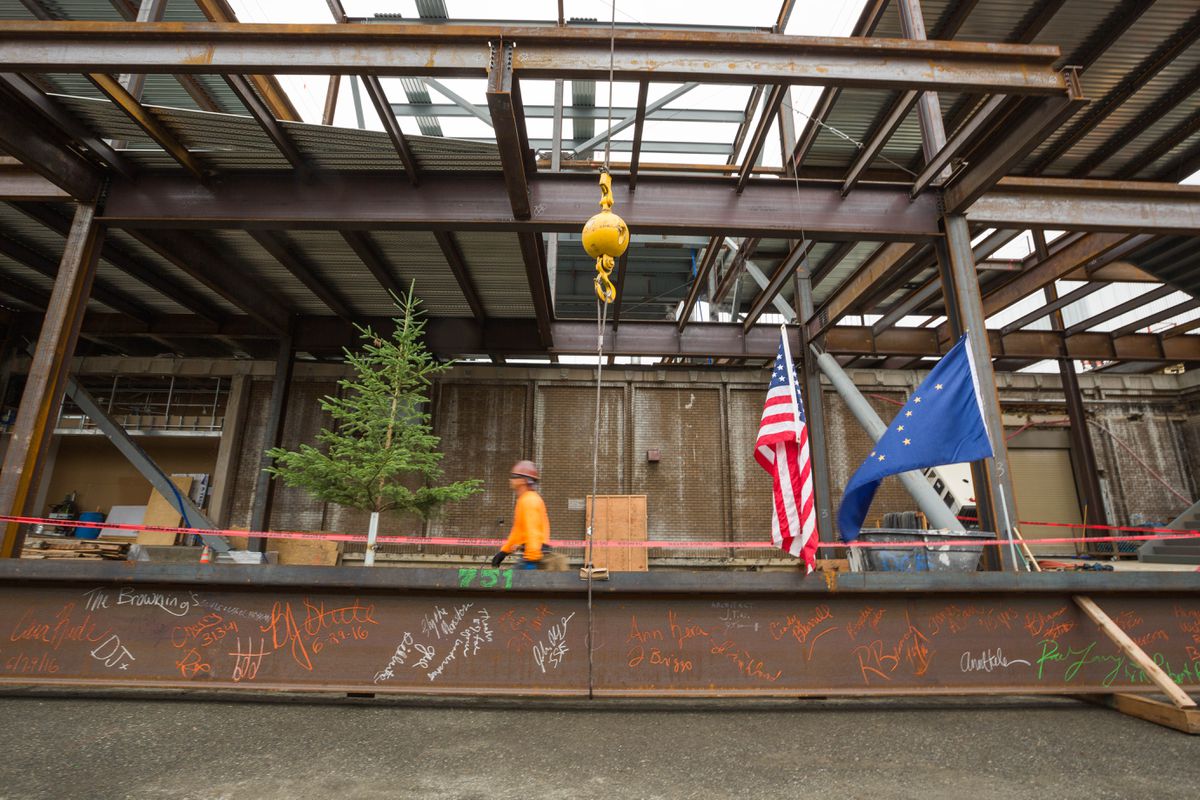 Signatures from construction workers and others adorn the last steel beam to be placed atop the Anchorage Museum’s new $24 million expansion. (Loren Holmes / ADN)

Signatures from construction workers and others adorn the last steel beam to be placed atop the Anchorage Museum’s new $24 million expansion. (Loren Holmes / ADN)

With the stroke of a pen, Gov. Mike Dunleavy’s administration has eliminated Alaska hire requirements for state-funded construction projects. At a time when we have the highest unemployment of any state, the Dunleavy administration has turned its back on Alaska’s workers. As former Department of Labor commissioners, we saw firsthand how important Alaska hire is for ensuring that Alaskans work on Alaska’s projects. We hope that Alaska’s next governor restores these requirements.

Thirty-three years ago, the Alaska Legislature passed a carefully-written law to support Alaska hire. This statute was narrowly crafted to be consistent with previous Supreme Court decisions related to the state’s authority on local hire. The law worked, and Alaskans overwhelmingly support it. Unfortunately, a large employer has challenged the law and before many were even aware of the lawsuit’s existence, the Dunleavy administration has settled the case out of court. What’s worse, the administration didn’t even attempt to defend Alaska’s statute.

That statute grants the Commissioner of Labor and Workforce Development the authority to determine the percentage of Alaskans that must be hired on public construction projects under certain conditions. Specifically, the law is intended to apply in those areas of the state, and for specific trades, that are considered “zones of underemployment” relative to national unemployment rates. There is a long history of support and faithful implementation of Alaska hire. The Cowper, Hickel, Knowles, Murkowski, Palin, Parnell and Walker administrations all implemented the statute consistent with legislative intent.

Only now do we have an administration that has abandoned Alaska hire.

In failing to defend Alaska hire, out-of-state contractors and constructions workers will no longer see a statutory requirement for Alaska hire in bid documents. In taking this action, the Dunleavy administration is sending a message to outsiders that Alaska is open for business — to them — without regard to the employment of workers who live here and support the state’s economy. It is the antithesis of putting Alaska first. We can only hope that this governor will work with the 31st Alaska Legislature to find a solution that will make Alaska hire the gold standard for Alaskans now and into the future. We must, and we should, carry on the tradition of standing up for Alaska’s workforce.

Heidi Drygas is the commissioner of the Alaska Department of Labor and Workforce Development.