Oilfield science greets a new generation on the North Slope 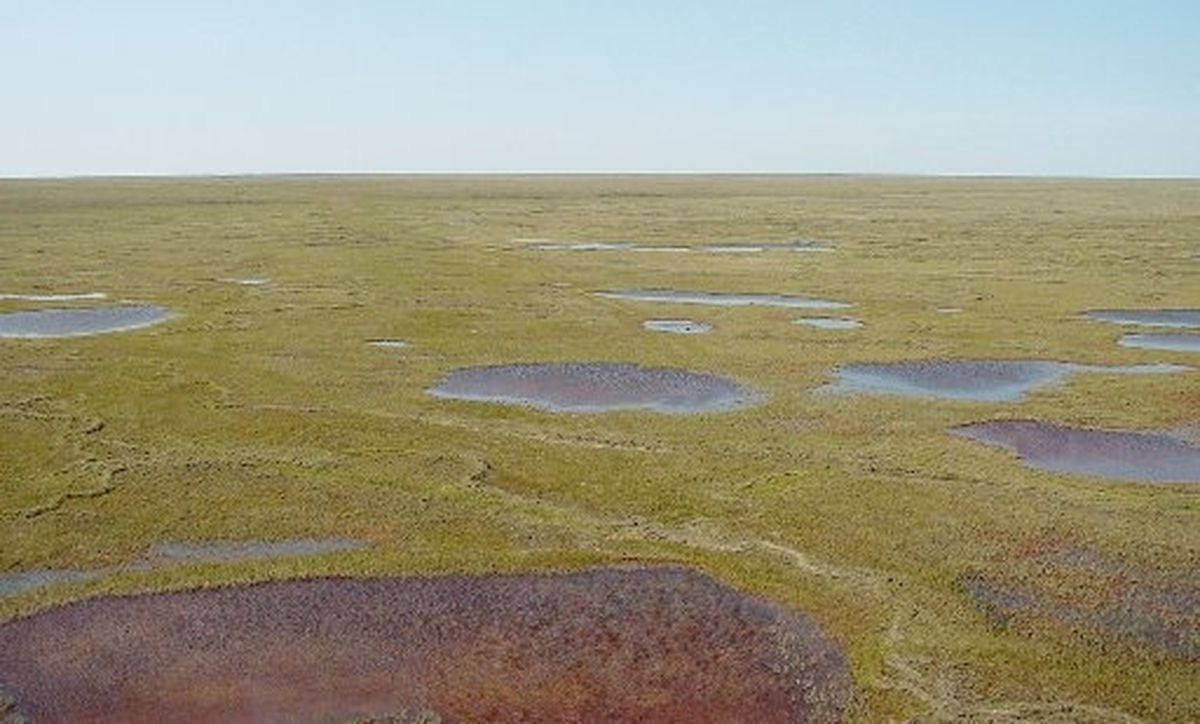 Tundra lakes on the North Slope of Alaska.

Tundra lakes on the North Slope of Alaska.

This is a story of how a letter from two young students in Anchorage to a scientist inspired new science, scholarships, rewarding careers and, 48 years later, a giving-back of the opportunity to three other young people.

In 1971, Jan Agosti, then a senior at West High, and her sister Tam, then at Romig Junior High, wrote to scientists at a national laboratory asking if bacteria that consume hydrocarbons might live in the Arctic.

The trans-Alaska oil pipeline was being planned at the time, and there was a lot of interest in ways of handling oil spills. Jan and Tam wanted to conduct a science project to test whether Arctic bacteria might provide a solution.

The letter was passed on to Scripps Institute of Oceanography in San Diego, where Dr. Claude ZoBell, one of nation’s leading microbiologists, took an interest. He wrote back and became a mentor to Jan and Tam.

But how to get bacteria? I was there when Jan, Tam and their mother, Donna Agosti, walked into BP’s office in Anchorage and asked to hitch a ride to the North Slope on one of the company’s planes. For those older Alaskans who remembered Donna, she could be persuasive and persistent.

BP’s public relations manager, Charles Towill, agreed not only to fly Tam, Jan and Donna to Prudhoe but also to Umiat, 107 miles to the southwest, where there were natural oil seeps and where oil-eating bacteria might be found. Charles also sent me, his assistant at the time, along as bear guard.

We spent three days camping near Umiat, which is just an airstrip and a few post-World War II Quonset huts — it still is. We swatted mosquitoes, the girls took soil and water samples, we happily saw no bears, and the plane was on time to pick us up.

Now the interesting part starts. Jan and Tam built a home laboratory to analyze the samples and identify characteristics of the microbes. The project quickly outgrew the capabilities of the home lab, and Dr. ZoBell offered to complete the analysis at Scripps.

What was found at Scripps was that not only where there unique “cold-loving” bacteria adapted to the Arctic that had never been seen before, but that they showed really weird characteristics of increasing — in fact, tripling — the rate of hydrocarbon consumption, or their appetite for oil, as the temperature dropped toward freezing.

Based on the work ZoBell co-authored with Jan, who was still in high school, a scientific paper was presented at a national microbiology conference. Tam wrote a paper of her own. Both girls won awards. Scholarships to Stanford followed.

Jan went on to become a medical doctor and went to work with the Bill and Melinda Gates Foundation. Tam returned to Anchorage to pursue a career in teaching and served most recently as president of Anchorage’s school board.

Now Tam and Jan felt it was time to give back. Two years ago, I got an email from Tam. “Let’s go back to Umiat,” again taking along students.

We went back last July. Umiat was just the same: airstrip and Quonset huts — those more rusted — and, of course, mosquitoes.

This time there were three boys: Ethan Clarke from Anchorage’s science-focused STrEaM middle school; Daniel Kling of the Alaska Middle College school at University of Alaska Anchorage and Brock Grant, from the Alaska Native Science and Engineering Program, or ANSEP, in the Matanuska-Susitna School District.

This time around we were sponsored by the University of Alaska Anchorage’s Department of Chemistry through the ConocoPhillips Arctic Science and Engineering Award. No company jet to the North Slope this time. It was a propeller plane from Fairbanks, but the same otherwise — drop-off at the airstrip, don mosquito nets, hump the gear.

Umiat is in the National Petroleum Reserve-Alaska — it was Naval Petroleum Reserve No. 4 in 1971 — and in winter is one of Alaska’s coldest places (I’ve been there). Because of its oil seeps, it was the first place drillers looked for oil on the North Slope. A small oil deposit was found. It is still there.

So are the oil seeps, and we had to tromp across tundra to find the places, mostly along the downwind edges of tundra lakes, where Jan and Tam had drawn sludge samples in 1971.

Over the course of three days, we gathered many more samples than Jan and Tam were able to get 48 years ago, and they are now in safe storage at the University of Alaska Anchorage’s Department of Chemistry. UAA now has the equipment to do even more than what Scripps was able to do for Jan and Tam back in the day.

In January, students will begin working with the Umiat samples under the direction of Dr. Patrick Tomco, a UAA assistant professor of chemistry. Ethan, Daniel and Brock will be invited to help in the lab work.

The science objective is to see if the Arctic cold-loving bacteria Jan and Tam found in 1971 are still there, and to more precisely identify them. It will be interesting to see if new microbes have appeared and to see if climate change has affected them.

But more important, Jan and Tam hope the experience of field and lab work with cutting-edge science will be an inspiration for these three young men as it was for them back in the day.

For me, the years have taken a toll on my ability to navigate tundra tussocks. I was jealous watching the three boys cruise right along, thankfully packing all the science gear. I’ve done my share of work on the Slope, but I was thrilled to get back in the Arctic and to be part of this again. Thankfully, again there were no bears.

Tim Bradner is co-publisher of the Alaska Legislative Digest and Alaska Economic Report. He formerly worked for BP.