The recall effort against Gov. Dunleavy is misguided 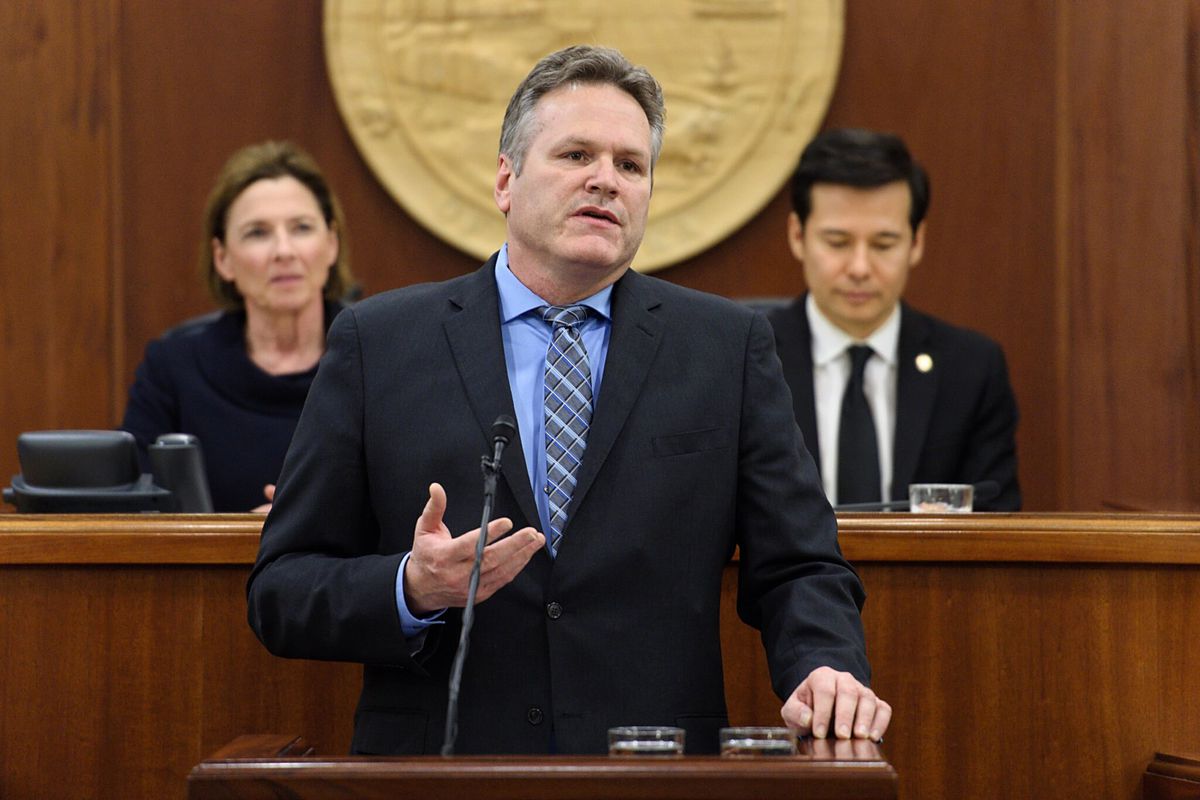 I have been retained to represent a group that opposes the recall of Gov. Mike Dunleavy. I was surprised when reading the recall application. The stated grounds for recall are a hodgepodge of accusations, none of which appear legally sufficient nor honestly reflect the reasons behind the effort. They are not really attempting to unseat the governor because he appointed a judge 27 days late or over the nuances of how he used the line-item veto.

Instead, the energy around recall appears twofold. First, a group of partisans began organizing a recall in early February, just after Gov. Dunleavy took office, because they were dissatisfied with the election results. Second, and more meaningful, Gov. Dunleavy aggressively tried to cut government spending, which displeased those affected by the cuts. The latter passion is real and translates at a visceral level among voters. But for the sake of all of us, it does not justify a recall.

Since the drop in oil prices in 2014, the state has been careening toward a monumental fiscal cliff. Repeated multibillion-dollar deficits — the fiscal year 2020 deficit is about $1.6 billion — have been funded by spending savings. When Gov. Bill Walker took office, state savings were more than $10 billion. At their highest point, in fiscal year 2013 under Gov. Sean Parnell, savings were more than $16 billion. Today that number is shy of $2 billion, or about one year of savings left at current oil prices.

The five-year luxury of kicking the can down the road and burning through savings in lieu of hard decisions is over. We have to close the fiscal gap.

Practically, there are only four available actions that can be taken to balance the state budget: spending cuts, increased oil taxation, adoption of broad-based taxes (sales or income) and a different dividend formula that, in the medium-term, reduces the dividend. The magnitude of the fiscal gap is such that only implementing one or two of these options is insufficient; likely, it will need to be some combination of three or all four.

But each of these options is unpopular and has motivated constituencies protecting the status quo.

I was Gov. Walker’s attorney general when he first considered vetoing part of the dividend in 2016. He made a hard decision, quickly became one of the least popular governors in the country, and a group formed to recall him. Gov. Dunleavy chose to focus on spending cuts first. Same outcome — affected constituencies are upset and have moved to toss him out. Had Mark Begich won and implemented an income tax, others would be beating the recall drum. And state policy makers who advocate for increased oil taxes will no doubt be targeted politically (I know, I’ve been there).

We all have our preferred fix to balance the budget. But the fiscal decisions required to keep the state from going over the cliff will not be what I — or anyone else — wants. It will be a compromise, and it will be hard. Individual Alaskans, government agencies, and businesses large and small will be significantly affected.

Yet the cost of inaction is greater than the cost of any particular solution. If we close the deficit we can always adjust the “how” over time; if we run out of savings before we balance the budget the damage to our state and economy will be catastrophic. It is self-destructive to spend a year plus fighting over a potential recall because the order and magnitude of actions taken on the deficit differ from what some prefer. No governor could make meaningful yet popular decisions that address our fiscal challenges — the problem is too large.

When Gov. Walker faced recall for vetoing part of the dividend he said, “I respect these Alaskans’ right to voice their objections over my budget vetoes. However that does not sway my decision on how to address the state’s fiscal challenges.” Gov. Dunleavy is likewise in the unenviable position of having to make difficult decisions that will negatively affect Alaskans. But leadership requires difficult decisions, and we are out of time and our elected officials must make them.

That is why I will work in the coming months to stop the recall effort. It is a misguided distraction from the hard work of governance necessary to right our fiscal ship.

Craig Richards is an attorney in private practice in Anchorage. He represents Stand Tall With Mike, a group that opposes the recall of Gov. Dunleavy.