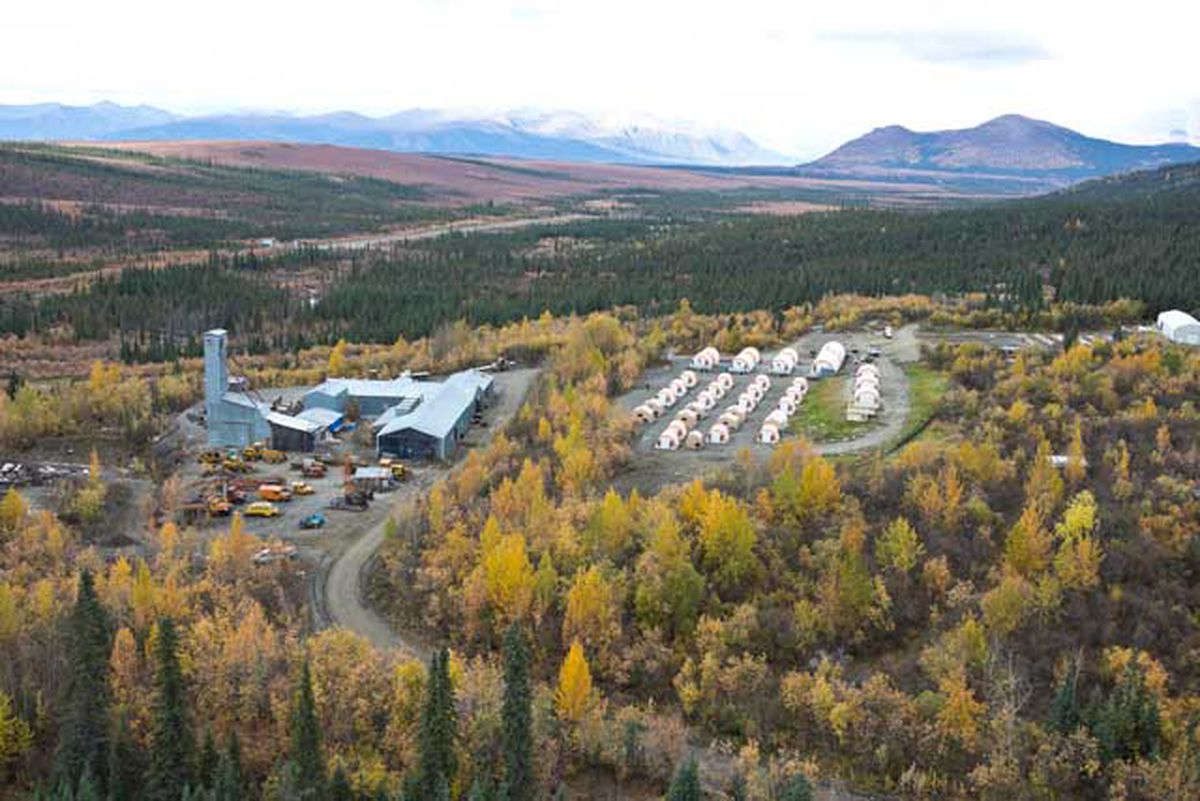 Remember the 1989 movie “Field of Dreams”? An Iowa farmer, played by Kevin Costner, hears a voice urging him to build a baseball diamond in his corn field. “If you build it, he will come,” the voice told Costner’s character. “He” was the ghost of famous player “Shoeless” Joe Jackson.

Slightly changed, “if you build it, they will come,” has since entered our political vocabulary, usually referring to big projects — roads, railroads or ports — aimed at fostering economic development.

The idea is that infrastructure should spur development. But not always. There’s the “white elephant” risk, where there could be big cash outlay to build something but then nothing happens.

A fierce debate has developed around an effort by the state’s development finance corporation, the Alaska Industrial Development and Export Authority, over AIDEA’s facilitating a possible 211-mile industrial road from the existing Dalton Highway to the Ambler Mining District in the western Brooks Range, an area where mineral discoveries have been made. “Build it and they will come” in this case means new mines, and jobs.

Building regional industrial infrastructure is exactly what the state development authority does. AIDEA has had several successes and some projects where the jury is still out.

In this case, critics are questioning why the state should spend millions of dollars — $19 million — planning a road that may never be built, because construction of mines it will serve is not yet confirmed.

It’s important to realize, however, that this road, which would cost about $450 million, will not be built unless there are contracts signed with mining companies to pay for it through guaranteed toll — or use — payments. That won’t happen until a decision is made to actually build a mine. The anchor project, the mining project furthest along, is Trilogy Metals’ “Arctic” high-grade copper discovery.

AIDEA is modeling the project on its industrial road and port built in 1989 for the Red Dog Mine, which is on lands owned by NANA Regional Corp. of Kotzebue. The mining company, Cominco (now Teck), agreed to pay AIDEA for use of the road and port, and all would agree the project has been an outstanding success.

Red Dog infrastructure has been profitable for the state authority, which invested $265 million in construction and has earned, through tolls, $475 million since 1989.

Most important, the mine and the infrastructure created a solid private economy for the Northwest Arctic, an area formerly economically depressed.

But it was also nip-and-tuck for Red Dog for a while. Zinc prices dropped in 1989 just as the mine was starting up, and they stayed down for years. Zinc has been stronger recently.

Copper markets can be volatile, too. A worst case, critics argue, would be for AIDEA to build the road and have the mines not be economically successful, leaving the state stuck with an unused road. That risk is there, and it’s important to have companies with deep pockets signing firm contracts.

Meanwhile, many Alaskans who love wild country don’t like this road. If it results in one or more mines being built, which is AIDEA’s goal, it would create a lot of jobs, but also change the wilderness character of this remote region. That’s the trade-off — jobs against preservation of wild places.

Even at Red Dog, AIDEA’s investment wasn’t just about one mine. The area has lots of zinc and there will eventually be other mines.

Alaska Native residents of nearby small villages have a different worry. Their concern is that the road would ultimately becoming a public highway, not industrial-only, that would open access to sport hunters from outside the region. This could put pressure on local subsistence resources.

It’s a reasonable concern, given some past history.

In 1977, the state of Alaska promised the North Slope Borough, after the pipeline was built, that the Dalton Highway would be an industrial-only road. It wasn’t long until political pressures from sporting groups caused the road to be made public, although the horrors of outside hunters decimating the local game never materialized.

AIDEA says that because it would own this road, it can legally enforce an industrial-use-only policy, although local residents would use the road to haul in fuel and freight.

It is true that the legal framework is different than that of the Dalton Highway, which was built with state general funds. The Ambler road would be funded by AIDEA bonds, which can have covenants written into them.

But despite that assurance, no one can promise that the road would always be industrial. The state will decide that, and governors, Legislatures and laws change. Politics can change things.

Red Dog and the Ambler discoveries are cases where mining companies asked the state, through AIDEA, for help in building regional infrastructure. Financially, the mine pays for the infrastructure through the tolls for use.

If a company has very strong balance sheet and can finance both mine development and infrastructure, it might be better off doing the entire project itself, without the state. That’s because the mining company then owns and controls the infrastructure. Some companies prefer to build and own their own roads.

When the state offered to help Japanese-owned Sumitomo Metals build a 50-mile road from the Richardson Highway near Delta to its Pogo gold mine, the company said, “No thanks.” It built the road itself mainly so that it could control it. Access is effectively limited on this road.

There are cases, however, where a medium-sized mining company doesn’t have deep enough pockets to finance both the mine and the infrastructure, and that’s where AIDEA steps in, because the state authority is financially strong. This was the case for Cominco, the mining company that built Red Dog.

An investment like this can be a win for the state because the infrastructure continues to make money long after bonds for construction are paid for. AIDEA earns an ongoing 6.5% return on its Red Dog investment.

In sum, it’s a mixed bag. There’s a big upside — a lot of well-paying jobs and economic diversification for the state. But there are risks, too.