Homelessness is a serious issue for Anchorage, but more funding to combat it means trade-offs 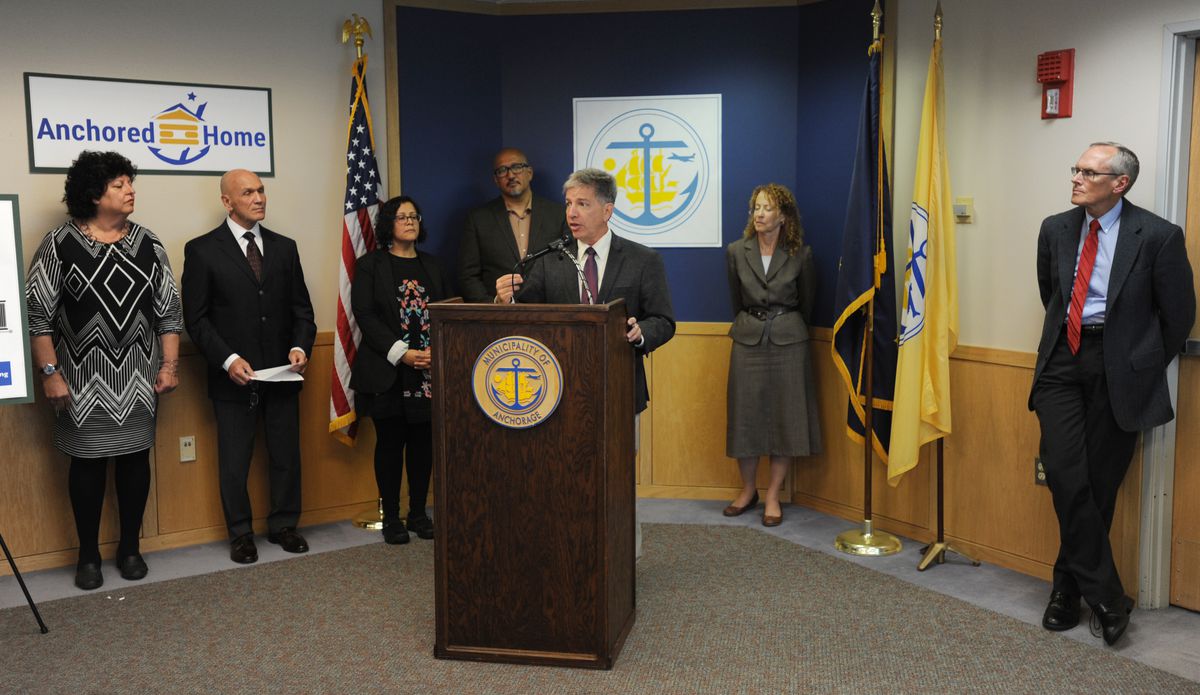 A recent ADN editorial argued that the municipality should have enacted a budget amendment that would have allocated $2.4 million to fund a Midtown shelter, funded by across-the-board cuts to all municipal departments except police, fire, health and the library.

The editorial makes many compelling points. Unfortunately, it also makes the ill-informed assertion that the administration could easily divert $2.4 million from across the municipality with little consequence. The authors write: “To be sure, unallocated cuts aren’t an optimal solution to any budget problem. It’s hard to envision that municipal department budgets are so airtight that a 1% cut would be hard to accomplish.”

Let’s run through the numbers, because as the chair of the Budget Advisory Commission, I know that the reality is more complex than the authors seem to assume.

The municipality has a $540 million budget. Almost half of that goes to public safety ($120 million for police, $99 million for fire).

Diving deeper into each department’s budget takes additional dollars off the table. For example, the Real Estate/Heritage Land Bank has an $8 million budget, but $7 million goes to leases. The Department of Economic and Community Development has a $13 million budget, and $10.5 is obligated to contractors for facility management.

Subtracting all of those funds, we’re left with a “discretionary” budget of less than $140 million. A $2.4 million cut across the board would be closer to an average of 2% cut per department, but some departments would see a much higher cut.

I wanted to know: What would that look like in practice? The administration ran through the exercise of trying to identify the least harmful cuts and informed me that the reduced services would inevitably include: decreased snow plowing, fewer building inspections, the elimination of the new bus route to the library, elimination of either the camp cleanup program or downtown beautification/flowers, increased caseload for municipal prosecutors, decreased water quality inspections, elimination of traffic calming measures, and decreased grant or property appraisal capacity. It wouldn’t be one of those things, it would be all of them.

These cuts are certainly possible, but do Anchorage residents want an across-the-board reduction in services?

I wholeheartedly agree with the editorial board that homelessness is an urgent problem that requires engagement from state and local governments, in addition to community partners. It has been encouraging to see this administration work with community partners to build a thorough and comprehensive response strategy that allowed private funders to come to the table, declare a civil emergency to avert a humanitarian crisis this summer and find creative solutions to maximize shelter space. They are working to finalize a social-impact bond contract, a cutting-edge financing mechanism that would pay to house and support the most service-demanding Anchorage residents through the resulting savings to our emergency response system.

The nonprofit community has coalesced to address this problem. The private sector has come to the table. National funders have recognized the work being done in Anchorage and invested. If the Anchorage community wants our local government to match these investments without cutting other valued services, we cannot plan on scraping from departments that have been repeatedly cut over the last decade. This is a complex, community-wide problem that requires a comprehensive and strategic response. We should all be willing to be a part of the solution.

Nolan Klouda is the chair of the Anchorage Budget Advisory Commission and the executive director of the Center for Economic Development.