Why the U.S. withdrawal from the Paris climate accord is a mistake 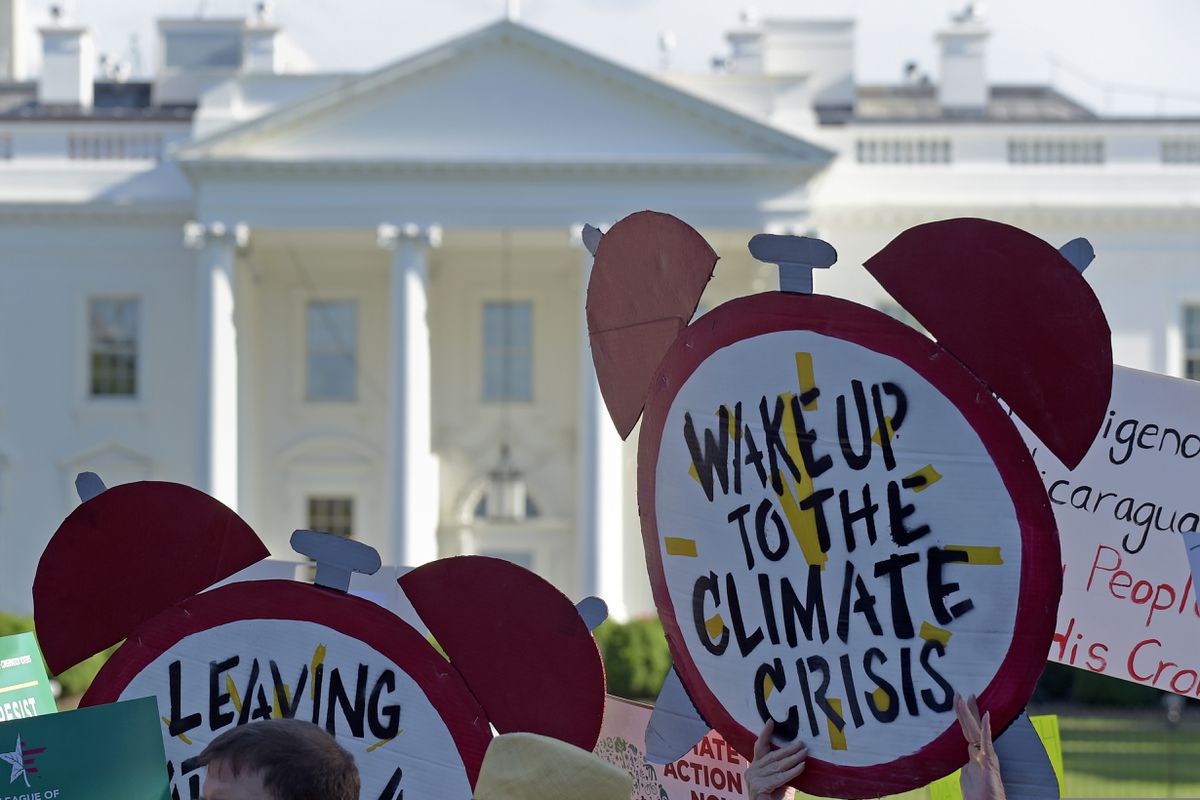 FILE- In this June 1, 2017 file photo, protesters gather outside the White House in Washington to protest President Donald Trump's decision to withdraw the Unites States from the Paris climate change accord. (AP Photo/Susan Walsh)

FILE- In this June 1, 2017 file photo, protesters gather outside the White House in Washington to protest President Donald Trump's decision to withdraw the Unites States from the Paris climate change accord. (AP Photo/Susan Walsh)

The Trump administration’s reiteration of its intent to finalize U.S. withdrawal from the Paris Agreement is a tragic mistake that will weaken us as a nation. The Paris Agreement is the most realistic approach for all of the nations of the world to positively address climate change. For this reason, the two of us have come together to add our voices in support of this agreement and the importance of continuing U.S. participation. We may seem like an unusual pairing – a former Democratic lieutenant governor from Alaska and a former Republican congressman from Miami. But we see the dramatic changes in our regions and how those changes are already affecting our communities.

From Alaska to Florida and everyplace in between, climate impacts are being felt across our country. In Miami, “sunny day flooding” is a regular occurrence, and Florida coastlines are being pummeled by more intense and more frequent storms. In Alaska, communities that have lived along the coast for generations are being forced to relocate because the ground under their feet is eroding away. Arctic sea ice and glaciers are melting at an alarming rate, due in large part to persistent record high temperatures. Research shows that the recurrence of 100-year floods is rising in the Midwest, meaning that damaging flood events that used to only happen once a century are happening more frequently. The USDA Forest Service estimates 20 million acres a year will burn annually by 2050 due to climate change, more than double current acreage. The climate is changing, and it is neither natural nor incremental. It is happening rapidly and is the result of human activity.

The Paris Agreement requires that countries commit to emissions goals without prescribing a specific set of solutions; countries decide how to achieve these goals in a way that makes sense for them. It helps us chart a course that increases economic opportunity for all nations while avoiding the most devastating impacts of climate change.

The global community realizes that time is running out. There will be (and already are) new technologies in the marketplace to meet increasing demand for cleaner energy options. We are seeing this already in the growing number of companies committed to achieving net-zero emissions in their operations and products to stay competitive. In a marketplace driven by rapid innovation, those that move quickly and decisively to take advantage of the changes will benefit.

The Trump administration claims that leaving the agreement will increase U.S. competitiveness and create jobs. Instead, withdrawing means missing out on economic opportunities that come with transitioning to a clean energy economy, and it also means ceding a leadership role to other nations.

In 2017 alone, China invested more than $125 billion in renewable technologies and held nearly one-third of renewable energy patents worldwide. As of 2017, electric cars and plug-in hybrids accounted for half of all new cars sold in Norway, and Costa Rica has committed to reaching net-zero emissions by mid-century. In September, nearly 70 countries committed at the Climate Action Summit in New York to increase their national contribution to carbon reduction by 2020, or at least start the process to do so.

The danger in leaving the Paris Agreement was never that other nations would also decline the opportunity to act decisively to embrace low-carbon energy options. It’s that they would step up and leave us behind. And that is exactly what they are poised to do. This is not in America’s long-term best interest, and it’s not what Americans want. Poll after poll show that a majority of Americans want their electricity from renewable sources and want companies to pay for their pollution. Demand for electric vehicles shot up by 81 percent in 2018.

States like New Mexico, Nevada, Maine, and New York are not waiting for federal action. Instead, they are making bold commitments to cut emissions and build a clean energy future. More than 3,800 mayors, county executives, governors and other leaders have indicated they are committed to climate action as part of the We Are Still In coalition.

These efforts are no substitute for national leadership on climate, but they are indicative of what we know about our country. From Alaska to Florida, on both sides of the aisle, Americans understand that with great challenges come great opportunities, if only you have the courage to act. Americans are ready to rise to the challenge of climate change, and our economy stands to benefit from the innovations and opportunities of the future. But to do so successfully, we need national leadership that will embrace and support meaningful climate action at home and across the globe.