Corps of Engineers is doing its job on Pebble permitting 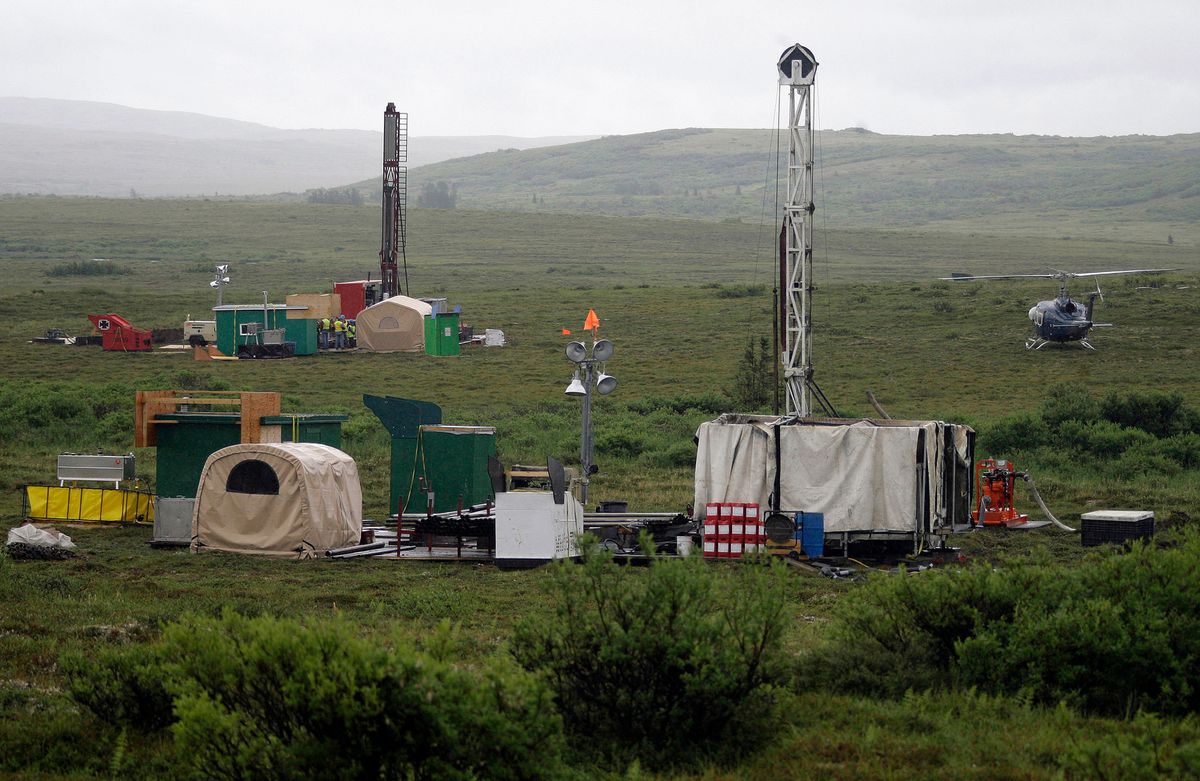 FILE - In this July 13, 2007, file photo, workers with the Pebble Mine project test drill in the Bristol Bay region of Alaska, near the village of Iliamma. T(AP Photo/Al Grillo, File)

FILE - In this July 13, 2007, file photo, workers with the Pebble Mine project test drill in the Bristol Bay region of Alaska, near the village of Iliamma. T(AP Photo/Al Grillo, File)

Serious criticisms have been made against the U.S. Army Corps of Engineers’ permitting process related to the Pebble mine, which I think are unfounded. People may disagree whether the proposed mine is a good or bad idea, but the Corps’ review process is sound and deserves respect. The public needs to engage in that process, so that the Corps has all of the information to make a good decision.

A little over two years ago, I was asked by the Pebble Partnership to be part of an advisory committee to assist them as they were starting the Corps’ permitting process for Pebble’s proposed mine. I have not been asked, then or now, to support the mine proposal, and in fact, I don’t know enough yet to have an opinion on it. However, recently, I have read serious criticisms about the Corps’ process and I decided it might be helpful to share my perspective.

Many of my 34 years in the Army were with the Corps, including time as a District Engineer (where I was directly responsible for the permitting process), and service as a Deputy Assistant Secretary of the Army (where, with the EPA, I had policy oversight over the process). At every level, the Corps staff have been among the most dedicated and professional public servants that I have known. It is flat wrong to suggest that they are acting without complete integrity. It is also wrong to suggest that they would act in response to political influence. In my experience, they would resign first.

The Corps’ role when an applicant applies for a Clean Water Act “Section 404 permit” is to follow the specific steps proscribed by law and regulation. These laws include the National Environmental Policy Act (NEPA), the Clean Water Act and its regulations, the Endangered Species Act and several others. The Corps will follow the specific steps as it considers whether or not to issue a permit, and if it decides to issue a permit, what mitigation would be required.

During these steps, there are two separate but inter-related processes that contribute to the decision.

The first step is to prepare an Environmental Impact Statement, or EIS, as required by NEPA. As the document’s title suggests, the EIS provides an analysis of the social and environmental effects of the proposed activities and a discussion of potential alternatives. The EIS development process provides several opportunities for public input — before the draft EIS is published, during the review of the draft EIS and after the final EIS is published. The EIS is not the decision document for the Corps or its cooperating agencies, although the analysis in the EIS is vital to the various agencies, especially the Corps, as they consider their decisions on the proposed permit.

The Corps is well along in the EIS process for the permit application for the Pebble mine. The Corps has accepted the Pebble application as adequate and has hired a third-party contractor to assist with the evaluations. Last year, the Corps completed the scoping process for the EIS, which included opportunity for broad public input on the range of issues that should be included in the EIS. All relevant issues that were raised during this phase were added to the EIS analysis.

Earlier this year, the Corps published its Draft EIS for public review and comment. This opportunity for comment took the form of public meetings, testimony and written comments. Many government agencies have also offered a range of critiques about the Draft EIS and the Corps is now reviewing all of these comments. In fact, the Corps is required to review and respond to all comments received during the public comment period before the final EIS can be issued. The public can keep track of many of these issues by visiting the project website and looking at the various requests for information that the Corps has sought from Pebble. As answers from Pebble are received, they are published on the Corps’ website. Once this work has been completed, the Corps will publish the final EIS for the proposal, and there will be a final opportunity for comment.

The second step, generally called the public interest review, applies the criteria in federal regulations to reach a decision. This process applies the information and analyses in the EIS to the regulatory criteria to issue or deny the permit. These criteria are proscribed in the Clean Water Act 404(b)(1) guidelines, and the Corps must follow them as a matter of law. After applying these guidelines, the Corps is required to select the decision that best serves the public interest. The decision will be recorded in a Record of Decision for the permit.

At the end of the process, a decision will be made and the Record of Decision will be issued — and regardless of the decision, many will be unhappy. While the public participates in the EIS process, none in the public, (including me), are involved in the various agency decision processes and we will all learn of the decisions together when they are announced. But, regardless of one’s opinion about the Pebble mine, it is important to understand and appreciate that the Corps is following the required process for reviewing this project. It is equally important for us to continue to participate in the process.

Terrence Salt served as District Engineer for the Corps of Engineers in its Jacksonville district in the 1990s and was responsible for processing more than 20,000 Corps permits during his time there. Afterwards, he served in the Department of the Interior as the coordinator for Everglades restoration in the Bill Clinton and George W. Bush administrations. In 2009, he was asked to serve in President Barack Obama’s administration as Deputy Assistant Secretary of the Army, with policy oversight of the Corps of Engineers. including the Corps’ regulatory team.