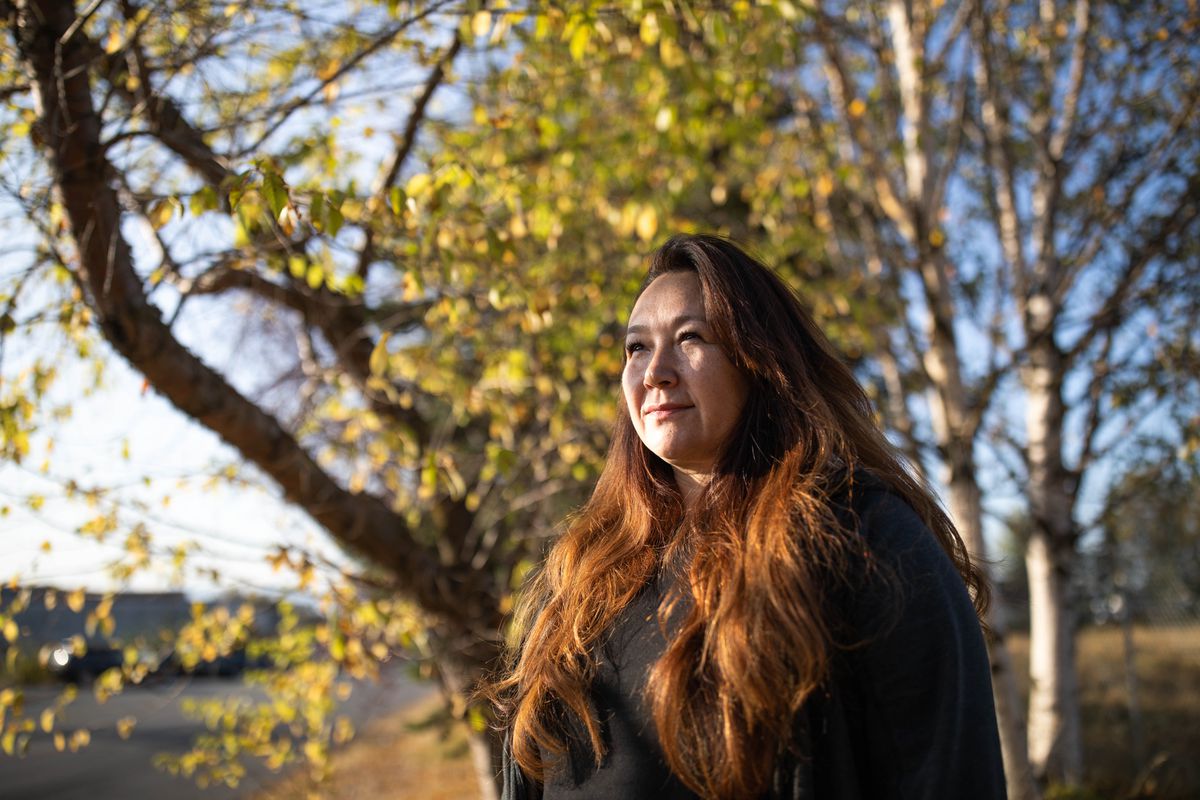 Anna Sattler reported a sexual assault and kidnapping in 2001. For years, DNA evidence sat untested and she worried her attacker, who had her purse, might find her. Photographed in Anchorage on Thursday, Sept. 5, 2019. (Loren Holmes / ADN)

Anna Sattler reported a sexual assault and kidnapping in 2001. For years, DNA evidence sat untested and she worried her attacker, who had her purse, might find her. Photographed in Anchorage on Thursday, Sept. 5, 2019. (Loren Holmes / ADN)

Improving public safety is such a tough subject. I personally lean heavily toward personal responsibility as a community member as a major solution. As a teenager, I worked full time for the Department of Public Safety. I was part-time as a clerk for the Alaska State Troopers and part-time as the Department of Motor Vehicles agent for the Calista region out of Bethel. At the time, in the late 1980s, there were somewhere near 50 communities in rural Alaska without a Village Public Safety Officer, Tribal Police Officer, Village Police Officer or City Police Officer. There were, however, the largest number of VPSOs represented in my region. That has since changed, as you know, so thanks to the ADN for taking on this tough subject and shedding light on it.

The Alaska State Troopers’ core value/missions have been the same for decades, and that is to provide law enforcement to rural Alaska, drug and alcohol enforcement, major crimes and wildlife enforcement, training as well as highway patrol. In my opinion, of the six core missions of the troopers, the department as a whole has failed at both training and rural law enforcement. At the same time, each and every one of us is failing when we cannot provide decent housing for a VPSO and don’t welcome them into our communities.

The VPSO program was started in the 1970s to bring law enforcement closer to the people. VPSOs used to be the first responders in emergencies, but over time, the social arms that co-manage the program in the hubs have taken larger and larger chunks of the resources for the hubs and their administrative machines, and therefore taken larger and larger chunks of those resources away from the rural communities and its VPSOs the program is supposed to serve.

In my opinion, the program faced its biggest challenge when the debate of arming of VPSOs came into play a dozen years ago. The troopers failed rural Alaska by not adhering to one of their six missions by not ensuring adequate training was provided. It wounded the program and essentially felled it.

For the federal government and state, with the recent emergency funding available, I hope they use the resources to spread out the Alaska State Trooper program throughout the state so that law enforcement is available more equitably in communities across Alaska.

For every Alaskan and specifically in rural Alaska, where we all know each other, there has to be more give. If your community wants law enforcement, then provide adequate housing. Provide support. Welcome them into your community and reach out to them so they feel like they are part of the community and include them as you would extended family. If and when a crime happens, don’t take it out on law enforcement. Take more personal responsibility. Don’t hide or turn a blind eye to the children of your community. Set an example. Be the example.

Anna Sattler is a business owner and sexual assault survivor. Originally from rural Alaska, she now lives in Anchorage.