We need to empower VPSOs 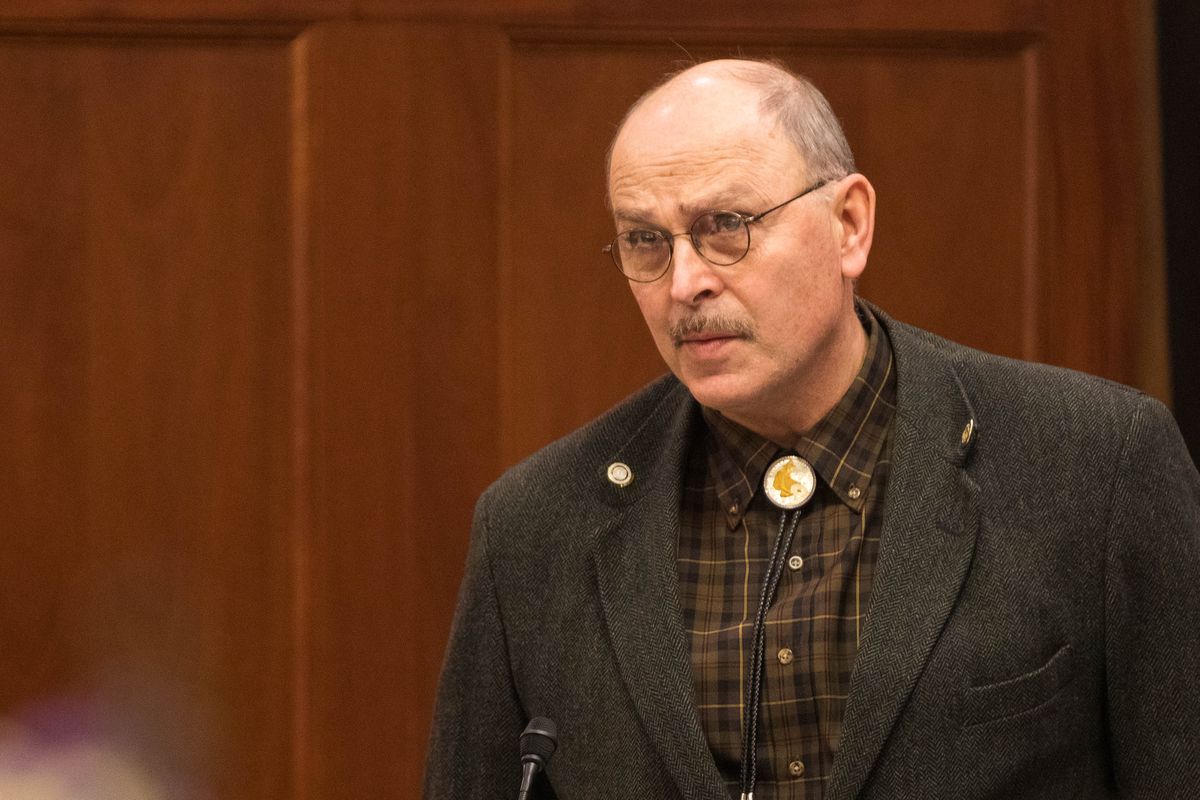 What comes next? We asked Alaska public officials, law enforcement and village residents for their specific suggestions for improving public safety. Read all the responses here.

That’s how a speaker boiled down what’s wrong with the state Village Public Safety Officer program – charged with providing law enforcement in rural Alaska – during a meeting earlier this month in Anchorage of the 4th Annual Tribal Unity Caucus. Her audience was a bipartisan, bicameral group of legislators working to improve public safety for those who live outside of the state’s major urban centers.

As VPSO coordinators have made clear, as U.S. Attorney General William Barr has said through word and deed, and as the Anchorage Daily News and ProPublica have documented, we have a public safety crisis in rural Alaska where one in three villages lack local police protection.

I have the honor of representing in the Legislature a vast swath of Interior Alaska covered by the Tanana Chiefs Conference, a traditional consortium of 42 villages of roughly 10,000 Alaska Natives who live in an area encompassing 235,000 square miles – about 37% of the state. Their views matter. And they’re telling me that a program created decades ago no longer fits today’s needs. We need to do a better job to recruit and retain good VPSOs, pay them well, provide more training, stop micromanagement from above and show more flexibility to allow them to do their job.

In short, we need to empower VPSOs.

• Provide adequate funding and let VPSO coordinators succeed. When they ask for money on recruitment and training, for example, give it to them.

• Work with the U.S. Department of Justice to speed up background checks. We’ve heard it can take up to nine months to do this. Surely, we can do better.

• Update statutes and regulations, weeding out what is archaic and implementing clearer policies that give VPSOs the power to enforce the law. For example, give grant money directly to nonprofit associations that run regional programs instead of having it go through the commissioner of public safety who, by law, must coordinate with the corrections commissioner on this.

• Move the program from under the purview of Alaska State Troopers to a place that will be more conducive to its mission.

Like many, I am heartened by and grateful for Attorney General Barr’s visit this year to Alaska, his focus on rural public safety, and putting money where his mouth is by providing $52 million to improve it.

We should match what Uncle Sam is giving us. We need to make a generational change to deal with the ravages caused by decades of alcohol, drug, and sexual abuse, and more.

But he kept funding flat for VPSOs at $11 million – after vetoing $3 million from the $14 million the Legislature approved earlier this year. We must do better.

A legislative working group is putting together recommendations to present next month on how to improve support for VPSOs. We look forward to working with the governor and his team to implement that work as soon as possible. The time to act was yesterday, but it’s my hope that together we can work on making things right fast.

Like Attorney General Barr, we must make this a priority. Like him, we need to step up and put our money where our mouth is.

Click Bishop was elected in 2012 to the Alaska State Senate and represents one of the largest state legislative districts in the country, which includes parts of Fairbanks, Nenana, Denali Borough and the Upper Yukon River region. He serves on the legislative Village Public Safety Officers Working Group.