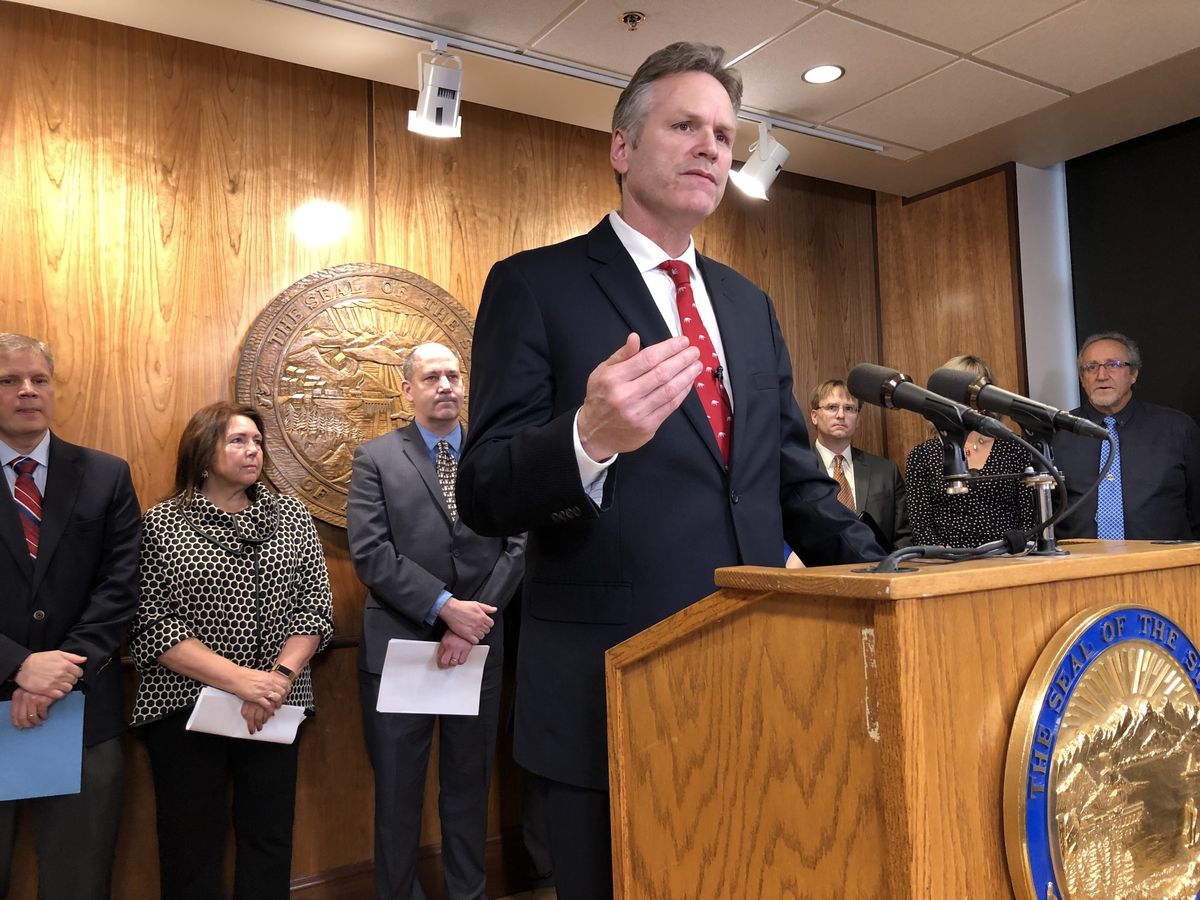 The revelation that Gov. Mike Dunleavy parroted corporate talking points in his efforts to lobby the Trump administration to open the Pebble Mine should concern every Alaskan who cares about wild salmon and strong local economies. And it reveals a disturbing trend that ignores the rule of law and poses a direct threat to our democracy.

Recent media reports show Gov. Dunleavy took verbatim the words and arguments framed by the Pebble public relations team to influence the Trump administration’s permitting decisions. Of course, the governor has tried to normalize this behavior, suggesting it happens all the time.

But it’s not normal, and it shouldn’t happen, ever. Our Alaska Constitution embraces the age-old notions of the Public Trust Doctrine. Under Article VIII of the Alaska Constitution, every Alaskan owns the fish and water resources of our great state. Our state government is charged with a solemn responsibility – a fiduciary duty to protect those resources in the best interests of current and future Alaskans. That means the state is supposed to act as a neutral arbiter, calling balls and strikes but not taking sides.

Putting Pebble’s talking points under the official seal of the state of Alaska to favor an unpopular mining project in the headwaters of the richest sockeye fishery in the world is not simply a breach of the governor’s fiduciary duty to all Alaskans, it’s an assault on our democratic institutions. And this service to corporate profits over the interests of all Alaskans has become a hallmark of the Dunleavy administration.

On the very first day he took office, without any public discussion or debate, Dunleavy yanked all information related to the state’s Climate Change Task Force from state websites. Regardless how anyone feels about the mountain of science around climate change, it’s safe to say our state is rapidly warming, and the governor’s ham-fisted efforts to stifle open debate are an affront to our democracy.

And the list goes on. Remember the governor’s budget road show, paid for by a group born of the billionaire Koch dynasty, to sell Alaskans on a giant Permanent Fund dividend payment and an “open and transparent” budget? His bait-and-switch tactics may have worked to get him elected, but Gov. Dunleavy never mentioned he would be shutting down ferry service to our coastal communities or cutting education for our kids.

Then, under the rubric of reducing state expenses, he cut the Ocean Rangers program, which put observers on cruise ships to monitor pollution from companies that make money touting Alaska’s natural beauty. This rollback was particularly egregious, not simply because Alaskans passed a ballot initiative in 2006 to require the Ocean Rangers, but also because the cruise companies paid for this service, so it had zero bearing on the state budget.

More recently, Gov. Dunleavy sided with special interest groups to propose opening the Kachemak Bay Critical Habitat Area to jet skis, a move that ignores an established public process and conflicts with the voices of thousands of Alaskans who know Kachemak Bay drives local economies because it’s a unique destination.

And the list goes on. The Dunleavy administration is working to pay Outside law firms more than $500,000 — at the “discount rate” of $600 per hour — to punish state union workers. It gave a no-bid contract worth as much as $440,000 to Bob Penney’s grandson after Penney donated $350,000 to help the governor win office. It proposed a permit to allow Hilcorp to discharge more toxic pollution into Cook Inlet fisheries despite available technology that would prevent the dumping. It’s working to weaken oil spill prevention and response rules designed to prevent another Exxon Valdez. It’s wasting state funds on lawyers to support Hilcorp’s oil and gas exploration in the frontier waters of Lower Cook Inlet. And the Dunleavy administration has rolled back state standards to protect military families and others from toxic drinking water contamination.

It’s no surprise that during his relatively short tenure, Dunleavy has amassed a record making him arguably the least popular governor in Alaska history, and his flagrant, tone-deaf lobbying for Pebble is just the latest reason why. But more importantly, Dunleavy is failing Alaska and Alaskans because he’s ignoring the rule of law that is the bedrock of our democracy. And that should concern every Alaskan, regardless of party or politics.

Bob Shavelson is Advocacy Director at Cook Inletkeeper, a public interest group formed by Alaskans in 1995 to promote good government and protect the Cook Inlet watershed and the life it sustains.