Do we really want to be on the wrong side of history on climate action? 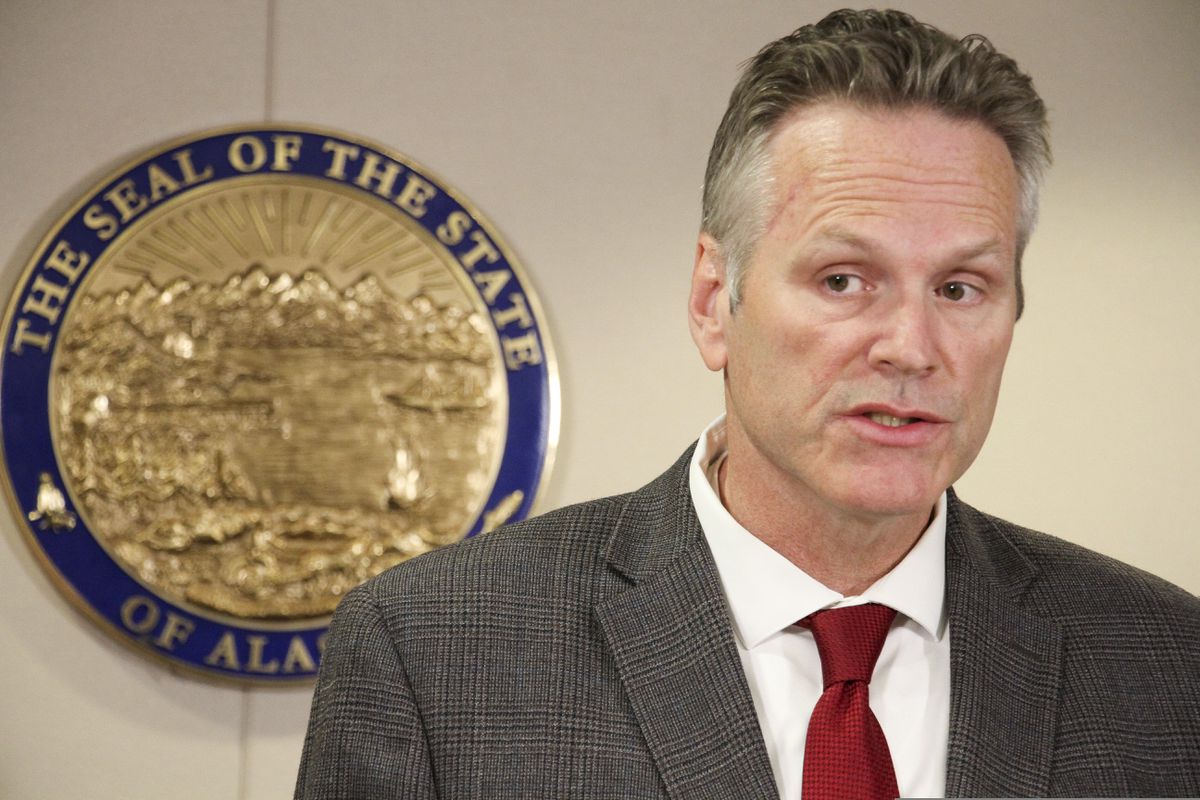 In Alaska there is a disconnect between more oil and addressing the climate crisis. The latest example of how deep this disconnect runs is Gov. Mike Dunleavy’s recent announcement to retaliate against mega-bank Goldman Sachs for deciding to drop Arctic oil investments in part due to concerns about climate change. As most Alaskans support drilling in the Arctic, the governor’s actions may seem inconsequential, but against the backdrop of the current climate crisis, they have consequences. Equally important, more than 60% of Alaskans say federal and state governments are not doing enough to address climate change.

Tackling climate change, not economic concerns, is what triggered Gov. Dunleavy’s stated intent to retaliate against mega-bank Goldman Sachs for dropping all Arctic oil investments. When Goldman Sachs asserted that “there was no economic rationale for Arctic exploration,” there was no outcry of protest from the state of Alaska. Only after Goldman Sachs cited environmental guidelines aligning with the U.N.’s International Panel of Climate Change did Gov. Dunleavy get annoyed. Cite ‘climate change’ in the same sentence as the Arctic National Wildlife Refuge and watch hackles rise.

I think one of the reasons why there is such a disconnect between world trends and Alaska, between acting on climate change or not, is because after decades of having up to 80% of our government funded by oil revenues and being given an annual check, that “oil” is ingrained in our collective psyche as Alaskans. It’s hard to think beyond it.

As an Alaskan who arrived at the start of the pipeline boom, I understand how much oil and gas has given to Alaska and how much it has transformed our state. After funding our state government, building our roads, providing thousands of jobs and giving us an annual check, it’s hard to imagine Alaska beyond oil. But if we want a realistic future that accounts for climate change and where the rest of the world is going, we can and must think beyond oil.

As a former elected official and engaged resource professional, I’ve stayed close to economic developments for the past 40 years. The Alaska I know and love has more than one economic driver. Yes, we may have been funded by oil. But let’s not forget we were founded on fish. It has been Alaska’s largest employer, then and now. With a robust construction industry, a thriving health care industry, a global cargo center and millions of visitors every year, we are so much more than oil. We can build on these strengths. We need not fear moving beyond oil.

Many credible analyses have determined that a significant amount, up to two-thirds, of the world’s known and accessible fossil fuel reserves should not be burned if there is to be any chance at all of the world meeting the terms of the Paris accord and hopefully avoiding complete climate catastrophe. This is the “crude awakening” that The Economist magazine published back in February 2018. This is the reality that has twelve major banks like Goldman Sachs and Barclays limiting funding for Arctic oil and gas. This is the reality that currently has fossil fuel stocks systematically underperforming renewable energy portfolios. This is the reality that has American banks that finance even more fossil-fuel projects that Goldman Sachs – JP Morgan Chase and Wells Fargo – sharing similar investment concerns.

Will the state of Alaska, out of loyalty to big oil, now want to retaliate against all these banks grounded in the reality of climate crisis?

According to the Anchorage Daily News, Gov. Dunleavy raised the possibility of taking action against companies that take actions similar to Goldman Sachs'. “There may be other outfits that we do business with … that may be working against our goals,” he said.

Could those “other outfits” include the 12 countries with policies to ban internal combustion engines? Could lowering the demand for oil be construed as being against Alaska’s goals? How far will we take this climate/oil disconnect?

Scientific consensus that humans are causing global warming is likely to have passed 99%, according to three authoritative studies recently published in the journal Nature.

With the science of climate change on such solid ground, it would be a zero-sum game for the state of Alaska to go after more financial institutions. With climate change being so front-and-center in Alaska, why create this slippery slope of retaliation?

Besides, we can join the rest of the world and embrace the clean energy economy. According to the Alaska Center for Energy and Power (part of UAF), “Geothermal, wind, tidal, wave, hydro and even solar and biomass resources have the theoretical potential to not only meet the majority of Alaska’s in state energy needs, but also provide tremendous economic and strategic opportunities for the state and the nation.” Thanks to wind and hydro power in rural Alaska, we have vast experience running small microgrids and as such, Alaska is home to 40% of the world’s rural integrated system microgrids. Because much of the developing world is not connected to major energy grids, Alaska can export this microgrid expertise around the world. Bottom line: We can move into the clean energy economy, where the rest of the world is going.

Sheikh Yamani, a Saudi Arabian oil minister, once said, “The Stone Age did not end for lack of stones, and the Oil Age will end long before the world runs out of oil.” He said this well before we had the strong science of climate change and 195 countries signing the Paris Accord.

Given Alaska’s long and sorted history with big oil, I get that it can be difficult for Alaskans to see a robust Alaska beyond our tight relationship with big oil – hence the majority support for ANWR. But does that mean it’s okay to retaliate against institutions that are acting responsibly for the sake of the planet? Where’s the moral argument for this? There is none. We are blinded by our love of big oil to see otherwise.

Remember by building on our economic strengths, we need not fear engaging on the climate crisis and thinking beyond oil.