In painting a rosy picture, Gov. Dunleavy omits the chaos he caused 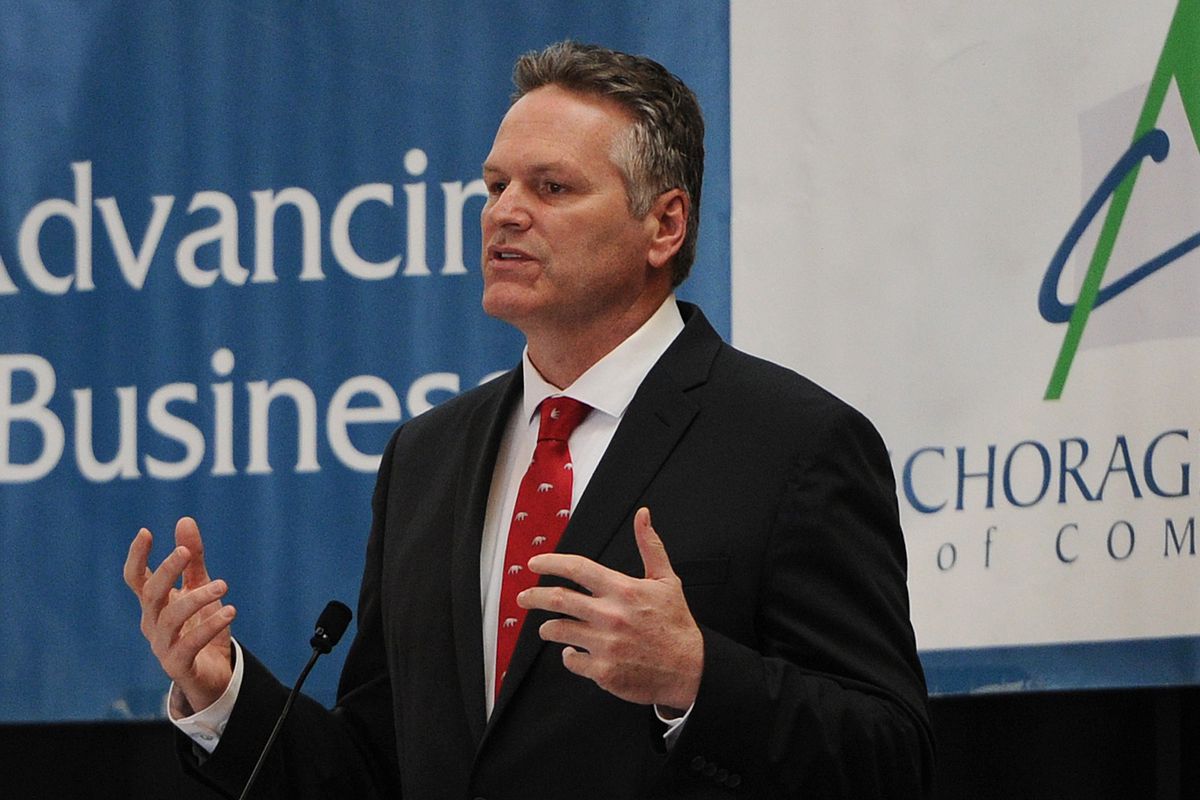 Gov. Mike Dunleavy spoke to the Anchorage Chamber of Commerce on Monday. The luncheon speech was billed as a major address on the budget and other matters of interest to chamber members.

About 175 people turned up at the ballroom of the Dena'ina Center, accompanied by the usual gaggle of television crews and reporters.

Dunleavy, who seemed more relaxed than I have seen him on other occasions, said very little about the budget. He did not use the word until about 30 minutes into his appearance, which included answering questions from chamber members, submitted on index cards. He did not take questions from reporters; his staff did not provide the text of the address.

Most of the speech could have been delivered by any governor since statehood in 1959. I can say that with confidence because I have been watching governors since statehood, not always willingly. When I was a teenager, my dad, Fabian, dragged me to see then-Gov. Bill Egan’s appearance in Fairbanks. Perhaps my dad thought he was inoculating me against the lure of a life in politics.

Dunleavy gave the traditional “Alaska, vast storehouse of natural resources” speech. Not only have governors been reciting the resources of the vast storehouse — oil, coal, timber, gold, silver, copper, tungsten, cobalt, water for power — since I was in high school, chamber members and their grandfathers know the list as well as any elected official. We have the wealth of King Solomon throughout the wilderness, the list suggests; we just need the capital and political freedom to develop it.

Dunleavy is convinced the capital is available. International capital floods the globe. We just need to show super-investors we are open for business. Dunleavy did not note that super-investors, whether lured by Singapore or Juneau, habitually demand incentives: Subsidies, tax breaks, reduced regulation or, more amorphously, “considerations.”

As for the freedom to develop resources, cue the orchestra for dark, menacing music. Alaskans, sitting on that vast storehouse, are threatened by meddlesome outsiders, a warning that may not be as old as the hills, but it is older than anyone at the chamber lunch. Listening to Dunleavy, you could hear the echo of the voices of elected officials a hundred years ago, upset by the big stateside mining companies, the Seattle fishing interests. But in his telling, the threat is politicians in Washington, D.C., bureaucrats across the nation, environmentalists, especially in Seattle, out to lock Alaska up and turn it into a national park.

The complaint is not a hundred years old, but you certainly can find it in Alaska speeches, Congressional testimony and documents of the 1950s.

There is some truth to this concern. Congressman from Massachusetts and California routinely introduce bills to increase the acres of wilderness in the 49th state. And you can always find a Sierra Club mailer demanding more protection for Alaska. But Alaska officials have long known that the royal road to re-election is made smoother by scaring the voters with tales of outsiders.

When Dunleavy finally turned to the budget, he told the audience state spending would be flat, with a few exceptions like more Alaska State Troopers. He also said Alaskans, through their legislators, will have to address the formula programs — that is, the big items in the operating budget, including K-12 education, university, health care. This did not take long.

The governor's rhetorical exploration of history and economics stopped with the day he became governor. He more or less threw a blue tarp over contemporary history and said "Don't look."

Why? The year 2019, his first year as governor, was the most tumultuous in modern Alaska political history, as Dunleavy went to war with virtually every major Alaska interest group through budget vetoes. Almost 50,000 people have signed a petition to recall him. The recall is now in court, awaiting a judge’s ruling on whether it can proceed to a vote. The university’s finances and structure are under assault from Dunleavy. The ferry system, mostly in Southeast, is withering under Dunleavy’s hostility. Residents of the Pioneer Homes are wondering what Dunleavy’s relentless complaints about state spending will mean to them.

Gov. Mike Dunleavy talked about none of this. He is not stupid. He is not going to admit that despite budget cuts and policy successes through budget vetoes, he set off a firestorm that united majorities against him in both the Senate and the House of Representatives.

In his appearance before the Anchorage chamber, Gov. Mike Dunleavy presented himself as a reasonable man. This was an act. He is not a reasonable man — his record of disruption, confrontation, controversy and chaos during 2019 proves it.