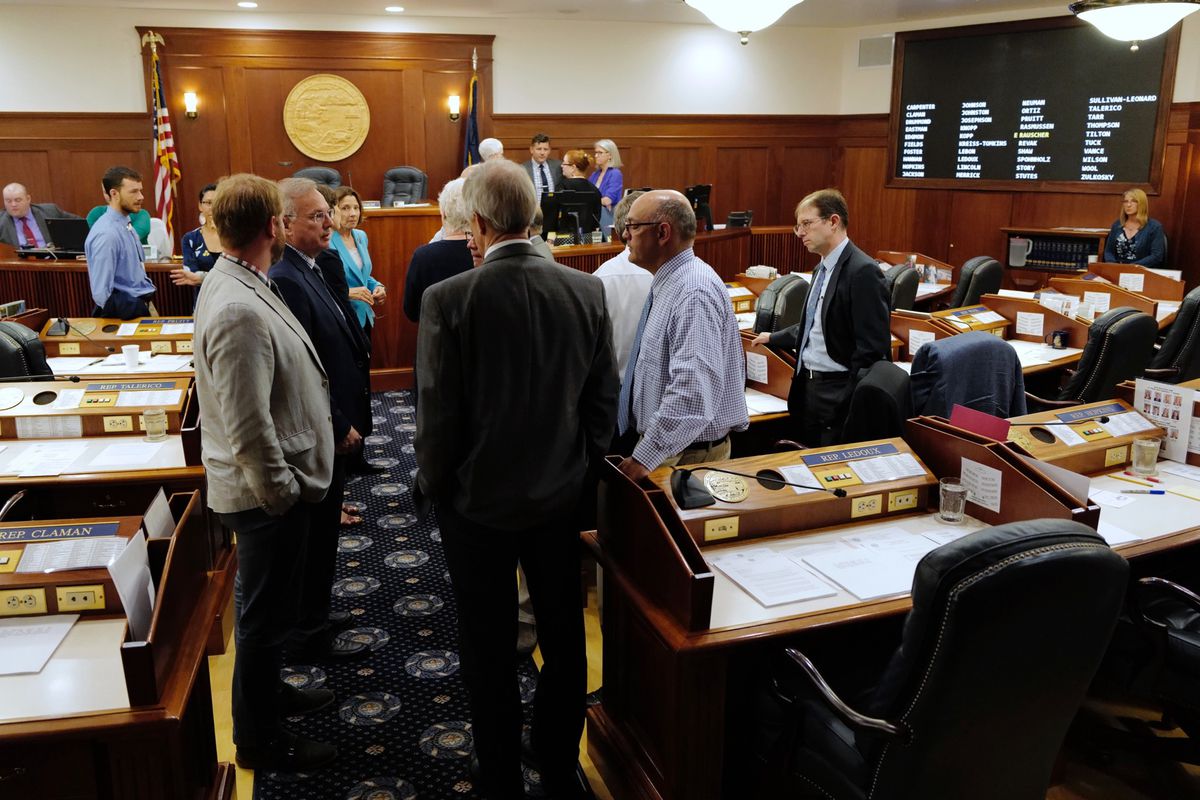 Alaska state prosecutors brought nearly 29,000 criminal cases in 2019, more than 6,000 of them felonies. There is one particular felony (so far uncharged while the assailant is on the lam) that cannot be properly sanctioned due to the inadequacy of our sentencing code. Recently, evidence supports that a Kenai Peninsula victim was almost certainly targeted for assault due to her sexual orientation, but Alaska law treats this crime just like any other. This fact is a demoralizing threat to thousands of Alaskans and the people who care about them.

By now, many of you will have read this paper’s description (following an earlier report in the Peninsula Clarion) of a vicious, felonious assault committed against a fellow Alaskan by a knife-wielding attacker. “T.W.” was violently assaulted by an unknown assailant in her own home. There is substantial evidence that she was targeted for assault because of her sexual orientation.

Because Alaska is one of only 18 states that offers no particular legal protection — none — to LGBT+ persons who are victims of crime, we think it is imperative that a sentence-enhancement or “aggravator” be codified into law offering this protection.

Before we describe why this is needed, let’s take stock of what rights these Alaskans are afforded by law today. Sadly, the description will be a short one.

With the exception of ordinances passed in Anchorage, Juneau and Sitka, Alaska is in the Dark Ages when it comes to recognizing the civil rights of LGBT+ Alaskans (notably, the Fairbanks City Council passed Ordinance No. 6093 in February 2019, but Mayor Jim Matherly vetoed it). To paint a stark picture, consider this: LGBT+ couples who are legally married in Alaska and live outside of these three cities can be discriminated against in housing (among other things) at the caprice of any landlord. Sit with that for a moment: Married couples can be deprived of their rights to housing, based only on the whim of the property owner. Each spouse can also be individually deprived of employment, credit and so forth.

Efforts to offer equal legal protections to LGBT+ community members outside Anchorage, Juneau, and Sitka through legislative action have proven difficult at best. In 1998, the Alaska Constitution was amended to ban gay marriage. Following the 2015 Obergefell decision by the U.S. Supreme Court (which allowed all persons to consensually marry whomever they wish), that amendment is void and not worth the parchment on which it’s written. Legislative efforts to repeal this defunct amendment and to update our marriages and spouses code following Obergefell have failed to gain traction in the Legislature. Finally, efforts to say that all of Alaska should honor the civil rights of all Alaskans (mirroring Anchorage’s, Juneau’s, and Sitka’s ordinances), have advanced from a single committee twice — but have gone no further.

Our state civil code affords the LGBT+ community little in the way of civil rights protections.

Returning to the criminal realm, isn’t there a ‘protected class’ status for minorities who are victimized by crime? As noted previously, Alaska recognizes no such thing if the victim is targeted due to sexual orientation or gender identity. Thirty-two states agree that sentence-enhancement should be considered, if the perpetrator intended to target an LGBT+ victim because of their orientation or identity. Under Alaska law, perpetrators may receive additional punishment if they target an individual because of their race, religion, ancestry and more -- but we don’t afford the same legal protection when the victim is a member of the LGBT+ minority.

On the other hand, conservative states like Indiana, Kansas, Kentucky, Nebraska, Texas and Utah do. We should, too. We can do this by simply adding the terms “sexual orientation or gender identity” to “aggravator” No. 22 in our sentencing statutes (which currently offers the prosecution a chance to assert sentence aggravation where the targeted victim was chosen based on race, sex, color, disability, etc.). That’s it. The addition of those five words can be our show of solidarity with our fellow brothers and sisters who so identify. These words will reflect the public outrage that occurs when an assailant, with impunity, targets an innocent Alaskan or Alaskans for nothing more than living their lives as they should be free to do.

Finally, some might question the constitutionality of enhancing a defendant’s sentence for their targeting of a person based on the latter’s orientation or identity. In a 1993 decision, conservative US Supreme Court Chief Justice William Rehnquist held that these laws are constitutional. In a case concerning an assault on a white victim (because of that victim’s race), Rehnquist wrote that Wisconsin’s sentence enhancement law was proper, acknowledging that “…bias-motivated crimes are more likely to provoke retaliatory crimes, inflict distinct emotional harms on their victims, and incite community unrest.”

It’s time for Alaskans to stand up for what’s right. It’s time to support criminal victims who, while exercising their own civil rights, are victimized for that exercise. By doing so, we will reside not only in The Last Frontier but be fighting the last frontier of the civil rights movement, by honoring and recognizing the full civil rights of all Alaskans. History tells us that these rights will come. The only question is when.

Rep. Andy Josephson, D-Anchorage, was elected to the Alaska State House of Representatives in 2012 and represents residents in Midtown, the university area, and East Anchorage.

Rep. Grier Hopkins, D-Fairbanks, was elected to the Alaska State House of Representatives in 2018 and represents residents in west Fairbanks and the Goldstream Valley.