A year after the magnitude 7.1 earthquake, what now lurks underfoot? 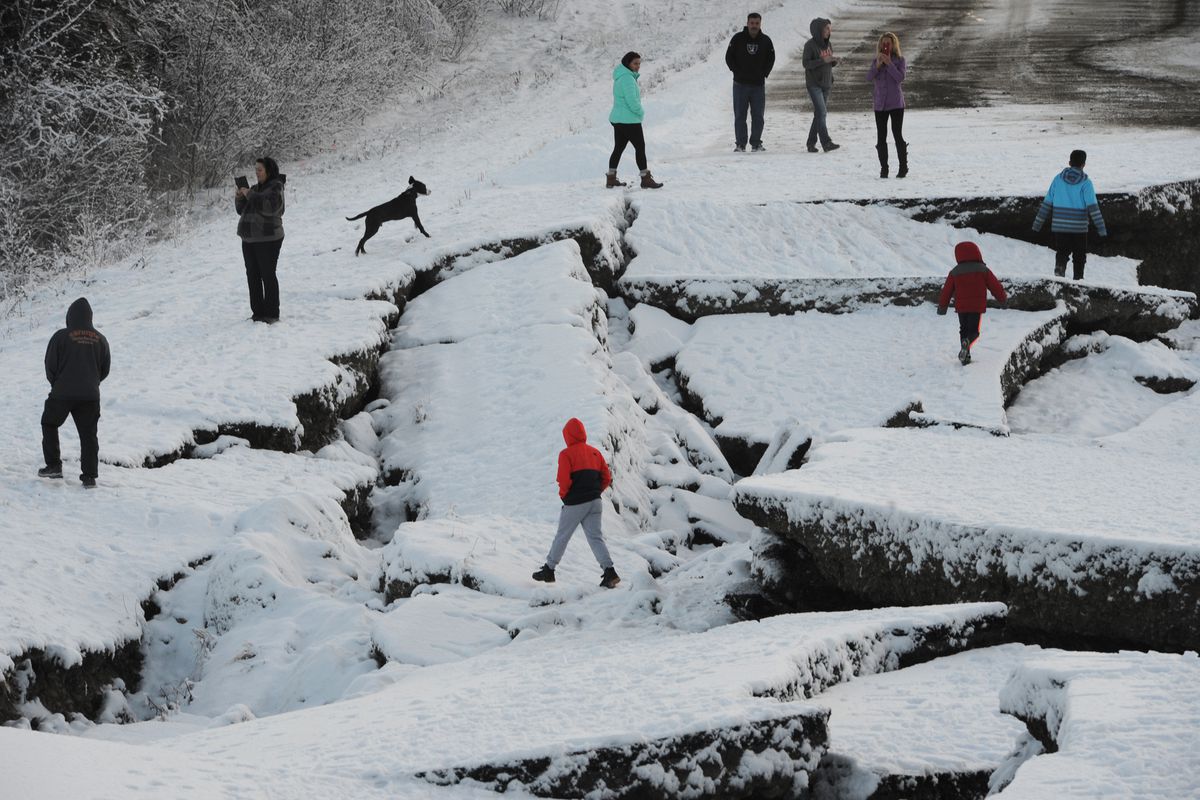 Seen on Dec. 3, 2018, the jumbled pavement along Vine Road became an attraction for people to see firsthand damage from the Nov. 30, 2018, earthquake. (Bill Roth / ADN)

Seen on Dec. 3, 2018, the jumbled pavement along Vine Road became an attraction for people to see firsthand damage from the Nov. 30, 2018, earthquake. (Bill Roth / ADN)

It has been a little more than a year since the second-largest U.S. earthquake in 2018 rattled Southcentral Alaska. The direct health damage of residents throughout the Anchorage and Mat-Su areas was, thankfully, minimal. And for most people, the immediate concerns were over visible damage above the Earth’s surface (such as leaking water pipes, drywall cracks, slanted door jams, busted windowpanes, etc.) that could keep Alaskans from getting back into functional homes and businesses.

My main concerns, however, were about effects below the surface. With redistributed soils and materials post-earthquake, there were potential unseen health hazards that can only be detected by testing samples through lab analyses. Bacteria, nitrates and arsenic may have entered homes through wells and pumps the day after the quake, whereas they may not have been present the day prior. With the seismic disturbances, contaminants such as bacteria and nitrates may have breached the natural spacing buffer between leach fields and water-pump intake points. Though there is no state regulation requiring the testing of private wells (or residential septic systems) after a major seismic event, it is not a bad idea to do so, as high bacteria counts can cause acute illness. And high levels of nitrates that are ingested can cause a poisoning that curtails oxygen uptake in the body. Many well owners also test for metals such as arsenic, iron and manganese when evaluating for bacteria and nitrates. The time of taking your own water sample, the cost of the analysis and postage all run under $200 total. This is fairly cost-effective in terms of becoming aware of the presence of a health hazard when compared to potential medical bills.

A radioactive danger also may be new to your home since the earthquake. Radon gas is a radioactive daughter product of naturally occurring uranium found in rocks and soils. Once a home is built and operating, you can test for radon gas. Radon is the second leading cause of lung cancer. People who noticed new cracks in their foundation immediately after the earthquake may not realize these are potential entry points for the gas. Even if the quake did not cause obvious new cracks in your basement’s cement slab or in the mortar between cinder blocks, there may be new available routes for the gas to get into your home. The only way to know if you have a substantial radon concentration in your home is to test.

Testing for radon’s presence by taking your own indoor air sample generally runs less than $25; this may or may not include the analysis report. With radon, the latest national building code recommends testing after a major subsurface disturbance, whether it be seismic, substantial water table changes or flooding. There is no state of Alaska nor municipal code I know of that requires testing, yet it may be the easiest and cheapest awareness tool against lung cancer that you can buy and then effectively act upon with home mitigation.

Carbon testing kits that are exposed for about two to four days can be bought at hardware or building supply stores. During January, National Radon Action Month, they are offered for free with technical assistance or referrals by calling the Alaska Radon Hotline at 1-800-478-8324. This is a new year, and with it think through how you can keep your home healthy so your family will have a healthy third decade of the 21st century!

Art Nash is an Associate Energy Professor at the University of Alaska Fairbanks and chairman of Alaska’s National Extension Healthy Home Partnership Advisory Board.