Solastalgia in a time of disquiet 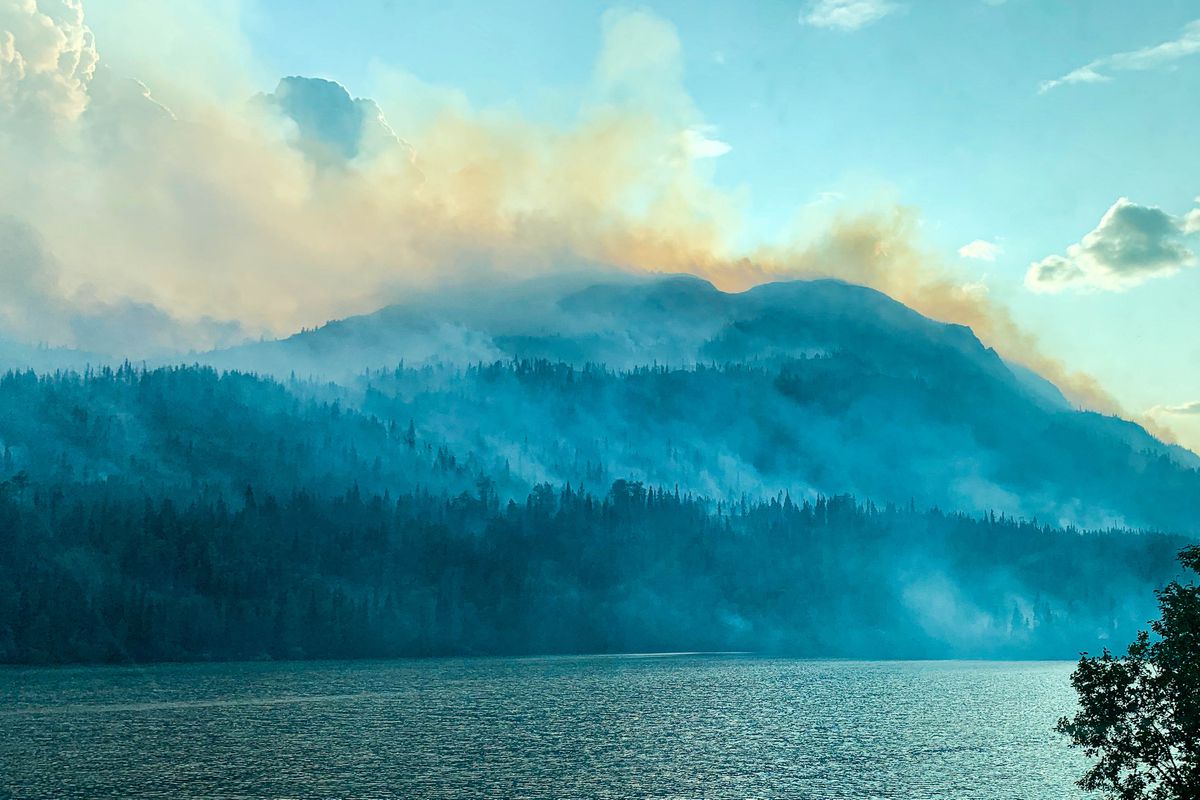 Anchorage’s second real snow of this winter finally arrived in late December. Dread, however, tempered my joy — I worried another blast of warm air and rain would take it all away. I fear the sight of snow might become a privilege one day.

It happened again. Temperatures on New Year’s Eve reached a new high for the day, but by nightfall, the mercury plummeted and snow arrived once more. Our days have been a climate whiplash that swings between extremes.

Most of this fall and into winter, the grass and clover remained green in my backyard and birch sprouted buds. It felt like late spring or early summer. It was neither. Usually, this was the time when snow lay like fleece upon the land and brightened it. Instead, bare ground and darkness prevailed.

These variations don’t bode well for Alaska, my home for more than four decades. This is more than just weather. We have seen several winters like this. Something fundamental is changing.

Climate-related disasters regularly make the news — Australia is the latest. The problem is recognized, but with no consensus even on a name for the impacts. It matters not whether we call it climate crisis, global warming, climate emergency, or climate change. It’s all the same: a rapid rise in temperatures from the burning of fossil fuel by humans.

In some areas of the world drought renders everything to dust, searing heat and fires create infernos, or water wreaks destruction on property and lives. California, Greenland, Australia — the list goes on.

We have had years of hot summers and warm winters before. What is different is the duration of such spells, the intensity and their effects. Our leaders refuse to take action — our governor abolished Alaska’s climate change strategy commission, established by his predecessor — and many believe the disasters are simply part of a cycle.

I never imagined experiencing this climate crisis would pull down my spirits. I felt a lassitude, an ineffable sadness. Friends also spoke of suffering from a malaise related to climate change, though we didn’t know what to call it.

It was in Robert Macfarlane’s book “Underland,” about explorations into the depths of the Earth, where I found a word — “solastalgia” — an apt description for my state of mind. The word, which means “a form of psychic or existential distress caused by environmental change,” resonated.

Solastalgia is a new word coined by Australian philosopher Glenn Albrecht in 2003 during a study of impacts from drought and large-scale mining on communities in New South Wales. Albrecht created the word when he realized no other existed for the distress local people felt about environmental changes they could not control.

The summer of 2019 began normally. I expected it to be filled with visitors, hikes, short trips around the state, and the usual mix of sunny and cloudy or rainy days. The first two weeks of June passed quickly. We planted flowers and barbecued fresh salmon. It all seemed normal; but it wasn’t.

In the heat and abundant light, flowers grew fast and thick, and trees finished leafing out. Then temperatures rose well above normal, stayed high for weeks, and Anchorage smashed temperature records. Wildfires started.

In mid-June, a faint plume of smoke from the Swan Lake fire appeared above the Kenai Mountains, across Turnagain Arm from our home. For a few days, it hung like a veil of muslin, rendering distant views hazy yet visible. I felt little concern and thought either rain or firefighters would put out the fire. But it turned out differently. By June’s end, the smoke thickened into a woolly mass and stayed put, until a wind from the right direction whisked it away for a while. But it kept returning. I had a feeling of disquiet I couldn’t quite understand.

Our days and nights became unbearable, Windows stayed shut, a small fan, used sporadically in summers past, whirred nightly and it only moved warm air around.

In early July, friends from the United Kingdom arrived expecting to tour our state but fires frustrated their plans. Kenai was out because of road blockages and unhealthy air. We took them north but also found smoke in Denali and Fairbanks. It was not the best time to see Alaska. Their visit was a bust, but they were too gracious to complain.

In mid-July, our friends left; little else changed.

Fires burned on. Bright days became rare; the smell of smoke began to grate on me. What began as an irritability at what I could not control slowly became a despair I could not dispel. Everything felt out of joint — the sun, the air, the light, the landscape.

In years past, in summer’s long hours of light, the spacious land behind our house came alive in hues of green. This year, smoke concealed it, shrank it and rendered it flat, dull, lifeless.

Concern about climate change is not new. In his 1884 lecture, “The Storm-Cloud of the Nineteenth Century,” John Ruskin, the English social thinker, called attention to the pollution from industrial development.

Ruskin links the increase in England’s dark, cloudy days and foul air to the coal used in factories. His words are applicable: “In those old days, when weather was fine, it was luxuriously fine; when it was bad — it was often abominably bad, but it had its fit of temper and was done with it — it didn’t sulk for three months without letting you see the sun.”

A summer with hardly any rain left trees parched. I sensed their distress when the birch began shedding leaves earlier than usual — in early August. Normally, leaves dancing to the ground wear the gold of autumn — this year, their attire was burnt brown or green. Unable to sustain every leaf and twig, the trees let go of both heat-scorched and healthier green leaves.

The change in our environment became clearer during a late August hike. On a rare, nicer day of summer, my husband and I hiked toward two small lakes at the head of Powerline Pass, in the Chugach mountains behind Anchorage.

We reached the first and found the shimmering, shallow lake replaced by a mosaic of white-caked mud polygons and two mudholes with some water. We abandoned plans for lunch by its shore and the walk to the second one. I choked back tears as we turned around.

This climate crisis took time to manifest, yet many governments and individuals refuse to believe anything is wrong. We never thought it could get worse. But it did and now it is time to act. It will mean making changes in our lives and sacrificing some accustomed conveniences such as ordering items online that are shipped from long distances. I believe we have the intelligence to tackle this problem.

I feel heartened that young people across the world are rising to meet the challenges that lie ahead. Young friends tell me they walk or bike, buy energy-efficient cars, consume less meat or go to secondhand stores.

At the Alaska Federation of Natives convention in October, two young Alaska Native women, 15-year-old Nanieezh Peter and 17-year-old Quannah Chasing Horse Potts, proposed a resolution declaring a climate emergency. The young women spoke passionately of the fight for survival and won over the convention. There was opposition, but AFN adopted the resolution.

The way forward lies with the younger generation, with people such as Nanieezh Peter and Quannah Chasing Horse Potts. I believe this generation will fight for its right to live in a world not beset with climate catastrophes. The young generation will show us the way forward. That is my hope.

Shehla Anjum is a writer based in Anchorage.