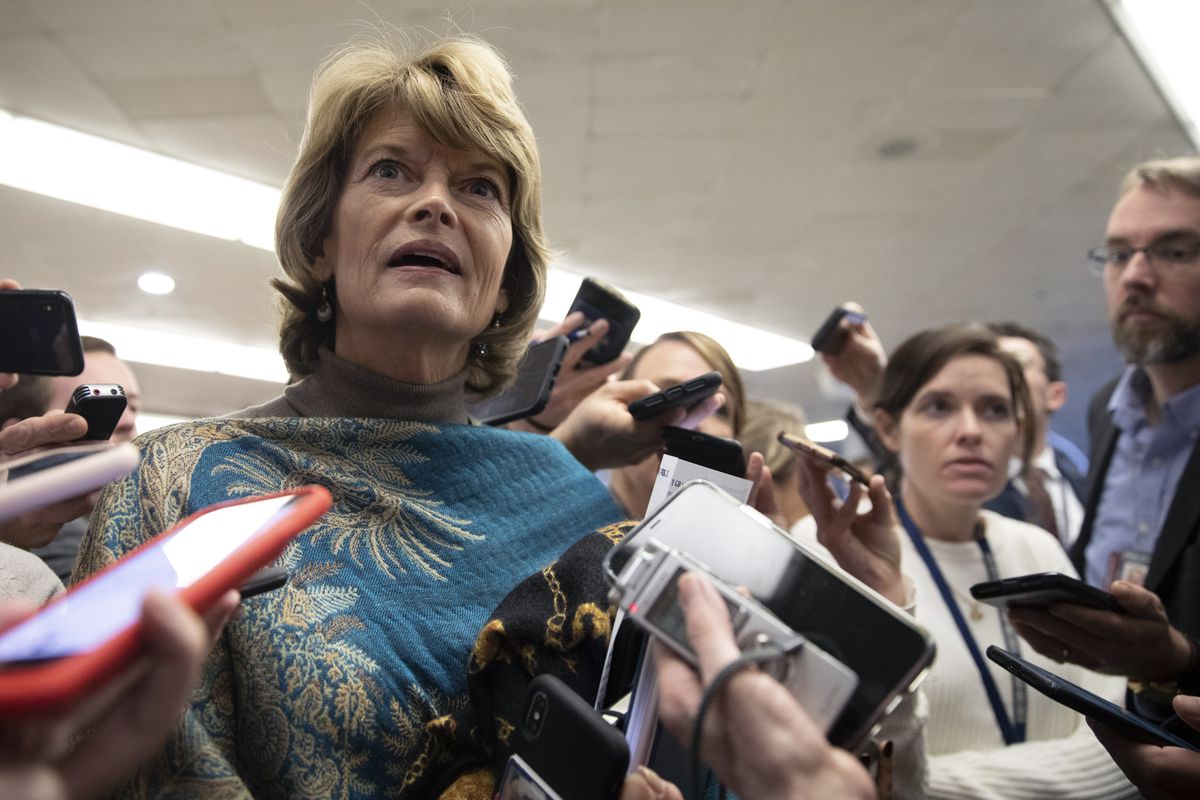 Sen. Lisa Murkowski plans to vote to acquit President Donald Trump of the impeachment charges against him. Her speech defending her decision was convoluted and mostly nonsensical, yet worth examining given the significance of this moment in our history.

Near the end of her speech, Sen. Murkowski declared that Congress “cannot continue to cede authority to the executive.” She cited the refusal to exercise war powers, presumably referring to the Senate’s failure to act as a check on the president when he took military action without consulting Congress, as required by the War Powers Act. Murkowski also referenced Congress “relinquishing the power of the purse, selective oversight, and an unwillingness to check emergency declarations designed to skirt Congress.” The impeachment process, she says, is the “apotheosis of the problem of Congressional abdication.”

Put another way, Murkowski is citing unlawful acts taken by the president over the course of his term that have gone unchecked by Congress, primarily by the Republican-controlled Senate.

And she’s right that this has led to where we are today. Had the Senate done its duty from the start, things may not have gone so far as to necessitate impeachment. But they have. And now, sadly, Sen. Murkowski and her Republican colleagues are compounding their dereliction of duty by failing to hold an impartial impeachment trial and using that failure to justify their votes to acquit.

As part of her rationale for her planned acquittal vote, Murkowski blamed the House for a rushed process. Yet by voting against having witnesses and documents included in the impeachment trial, she and 50 other Republican senators have supported a rushed and flawed process in the Senate. Murkowski ignored that the House did their job as required by the Constitution. The House is tasked with conducting an impeachment investigation, much like a grand jury, to decide whether impeachment is warranted. They met that threshold. The Senate is charged with holding an actual trial, not just hearing opposing statements, and has rules for the calling of witnesses and overcoming the resistance of the executive to provide information. In effect, Murkowski is asking that the House do the Senate’s job as well as their own.

Murkowski also said that partisanship and the “court of public opinion” led her to conclude that there would be no fair trial in the Senate. This is a rather incredible admission that the Republican majority in the U.S. Senate is incapable of holding a fair trial for impeachment of a president in their own party; and ignores her own power to cross party lines. As for the Democrats, part of the checks and balances to our system of government is having an opposition party that helps ensure proper oversight of the executive branch. In bringing the president’s conduct for trial before the Senate, in fighting for a fair and impartial trial, the Democrats were doing their job.

Among Murkowski’s most nonsensical rationales for acquittal are that impeachment would disenfranchise voters and that the president’s name was on ballots already cast in the last election; and that we must trust the judgment of the voters in nine months. First, impeachment is about removing someone from elected office, so accepting the premise that one cannot be impeached because they were elected would negate impeachment for any cause. Second, voters do not have the power to call and question witnesses nor the time to review documents. That’s the job of their elected representatives in Congress. And since the Senate failed to conduct an actual trial, voters do not have access to information that could help them make a reasoned decision in the ballot booth.

Sen. Murkowski called out the president’s behavior as “shameful and wrong.” In failing to hold the president accountable, she supports that behavior. She asked, where do we go from here to mend the state of our institutions of government? Stepping up herself and getting her Republican colleagues to do their duty and serve as a check on the president’s actions that violate the Constitution and the law would be a start.

Lisa Weissler is an Alaska oil and gas and natural resource law attorney, as well as a steering committee member for Lawyers Defending American Democracy.