Our senators should stand up against Trump 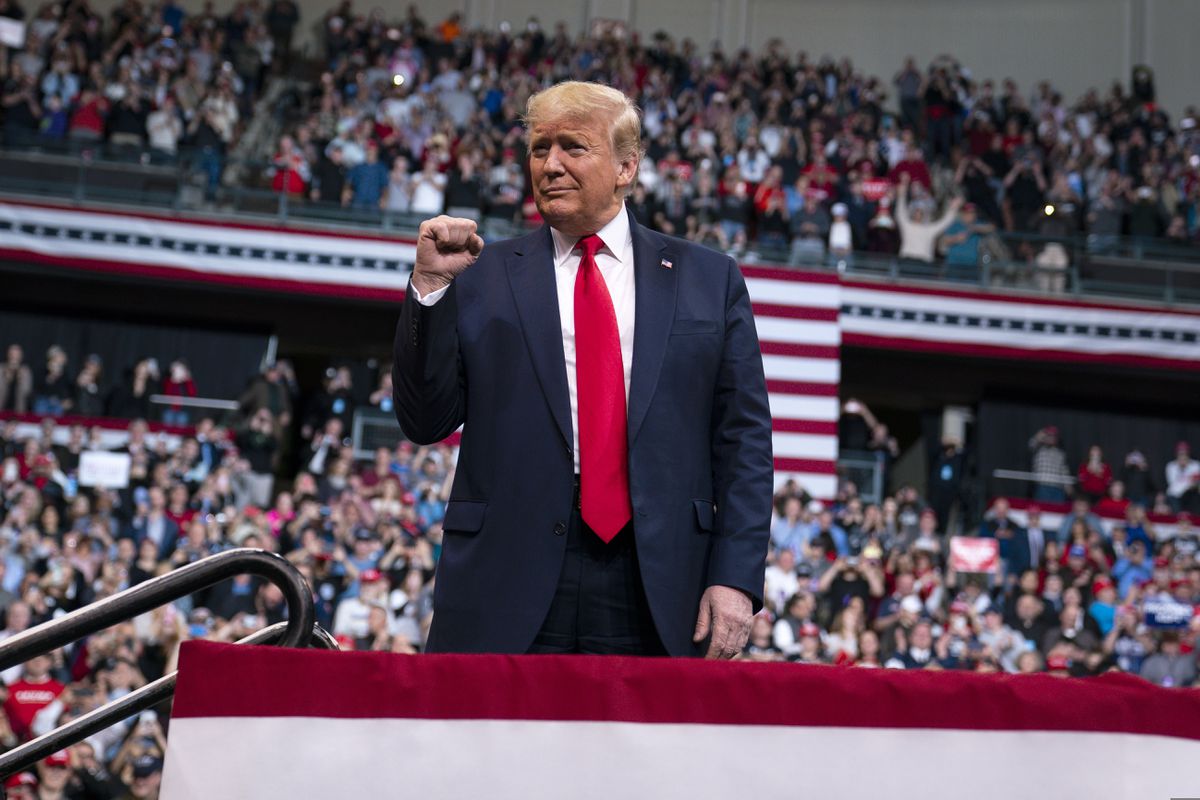 Alaskans should ask our senators in Washington, D.C., to stand up for us and our country against a president who would be king. Here are a few recent reasons why.

Of a sudden, he betrayed faithful battlefield allies of U.S. forces, got many of them killed, and made their people homeless. This he did at the request of a dictator and in the interests of Russia.

He used hundreds of millions of American taxpayer dollars to extort a personal political favor from a foreign leader whose country is at war with Russia, our enemy.

He refused to recognize the U.S. Constitutional powers of oversight in Congress and ordered employees of the American people to do the same.

He has retaliated and is retaliating against employees of the American people’s government with personal smears and firings for responding to lawful subpoenas and telling the truth under oath about his unlawful acts and those of his subordinates and employees at his direction.

He applauded — in public, in the White House — the Secretary of State for summoning a reporter, whose question he did not like, to a private room and punishing her for 10 minutes with a loud, profanity-filled attack. “I think you did a good job on her,” the president said to the grinning Secretary of State and roomful of happily laughing people.

Now it appears he has tasked the American people’s head law enforcement officer and the Justice Department with intervening on behalf of his personal political friends who stand convicted of breaking the law.

When will our senators, on behalf of us, fulfill their oath of office and stand up to this president who acts more and more emboldened to act as an angry, profane and tyrannical king? When will they, at long last, do something resembling the bravery of one senator who recently said he’d seen enough? He had seen enough to establish guilt beyond doubt, and he did not want, he said, to “expose” his “character to history’s rebuke” and to the “censure” of his “conscience.”

When will our senators have seen enough? They should be asked when enough will be enough for them and why they haven’t already seen enough. The freedom and security of a people who are equal under law, if it can be enforced, is at stake.

Art Petersen is a 45-year resident of Juneau and retired University of Alaska Southeast faculty member.