Alaska has a big economic problem that isn’t the coronavirus 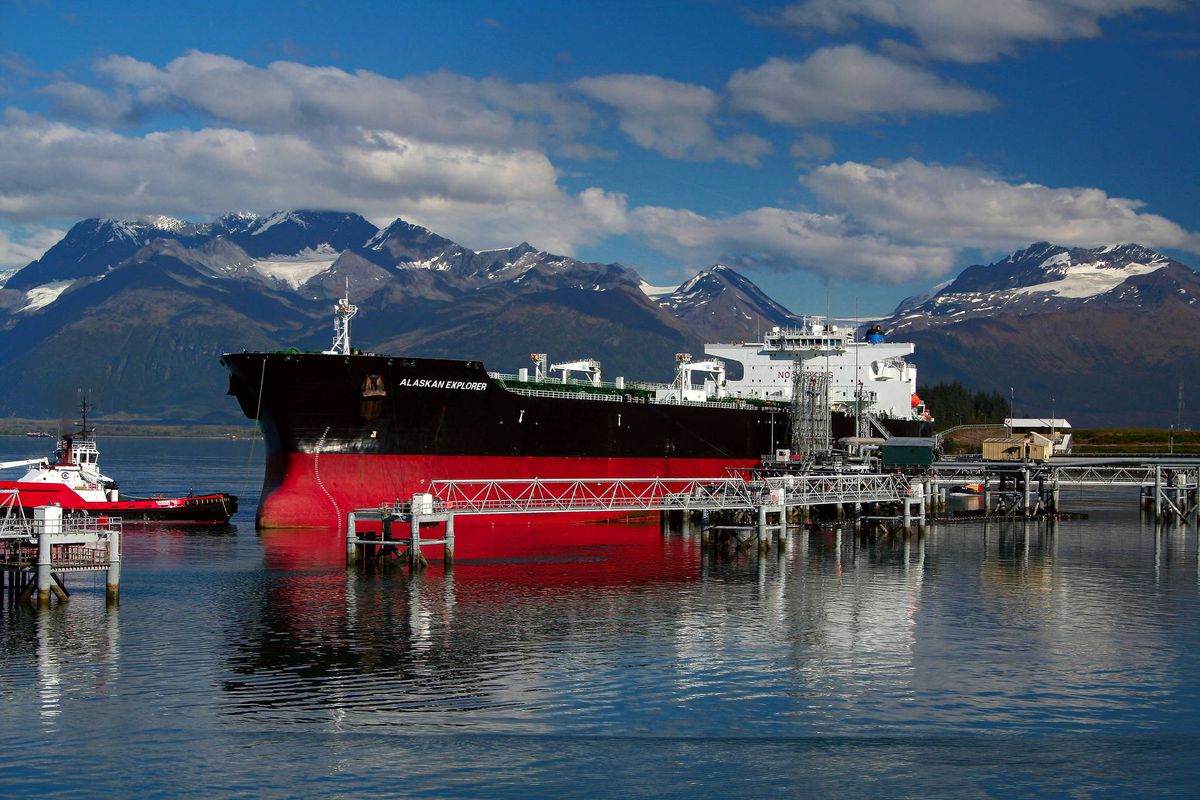 The Alaskan Explorer, a tanker owned by BP that can carry 1 million barrels of oil, is seen docked at the Valdez terminal of the Trans-Alaska Pipeline System.(Alaska Journal of Commerce)

The Alaskan Explorer, a tanker owned by BP that can carry 1 million barrels of oil, is seen docked at the Valdez terminal of the Trans-Alaska Pipeline System.(Alaska Journal of Commerce)

Eventually, the world will pull out of its coronavirus-induced economic collapse. Eventually, Russia and Saudi Arabia will reach a face-saving truce to their destructive fight over who is the toughest guy on the oil block. Eventually, money-losing U.S. shale producers will dry up and roll away, like so many tumbleweeds.

Eventually, global oil demand and prices will recover — somewhat. But Alaskans should not assume oil prices will return to the world of the past few years of $60 a barrel, or even $50. Certainly not this year. Likely not next year and maybe not the year after or the year after that.

It’s possible the oil world has changed — permanently. It’s possible that after the infection of lost global oil demand, excruciatingly low oil prices and painfully deep spending cuts, the oil industry will never be as strong as it once was.

Some marginal companies will not survive the price collapse that has taken oil to almost 20-year lows. Explorers will turn away from costly, higher-risk plays. Banks and investors burned by $20-per-barrel oil may be reluctant to sign up again, or if they do, it’ll be with less money and for less risk.

More important for future oil prices, however, there’s a strong case to be made that not all of the lost demand will return. Which means prices could stay low. Weakened economies worldwide may not ever fully recover from the financial destruction wrought by the coronavirus. There is no guarantee that China will return to its strong growth rate of the past, and there are a lot of reasons why it will not. The same goes for the travel industry and manufacturing.

The turn to renewables for heat and electricity, the turn away from gasoline and diesel amid the growth of electric cars and trucks, the rising global focus on fighting climate change — none of it bodes well for oil consumption as a long-term, demand-growth industry. Innovation and new technologies will find more efficient ways — burning less fuel — to move people and goods around the world, just as businesses are finding online meetings a lot cheaper than flying workers around the globe to sit at a table.

Peak oil used to mean fear of a peak in the world’s oil reserves. Now it refers to peak global demand for the fuel, and a lot of industry analysts say they can see that peak on the near horizon.

Eni in February said it expects to reach peak oil production in 2025. “The market is changing, our customers are changing,” Claudio Descalzi, chief executive officer of the Italian major, said on a conference call last month. This from a 67-year-old company that averaged almost 1.9 million barrels oil equivalent per day last year.

It all means that Alaskans should think of lower oil prices as a long-term financial albatross around our state budget neck.

Instead of kidding ourselves by saying we only need to hold on until oil gets back to $60 per barrel, we should honestly ask ourselves what kind of a state can we have at $40 or maybe $50. We should ask ourselves, as residents who use public services, how best we can help pay for those services we have enjoyed essentially tax-free for more than 40 years, and which services — and how much of a Permanent Fund dividend — we can afford.

Change is coming, and it’s not asking Alaskans’ permission, just like JPMorgan Chase, Wells Fargo, UBS, Goldman Sachs, the European Investment Bank, Lloyds Banking Group, Sweden’s pension fund and others did not ask our permission to cut back or eliminate investing in oil and gas projects, especially in the Arctic.

Larry Persily is a longtime Alaska journalist, with breaks for federal, state and municipal service in oil and gas and taxes, including deputy commissioner at the Alaska Department of Revenue 1999-2003.