A beautiful Alaska spring dawns, threatened by an evil we can’t see 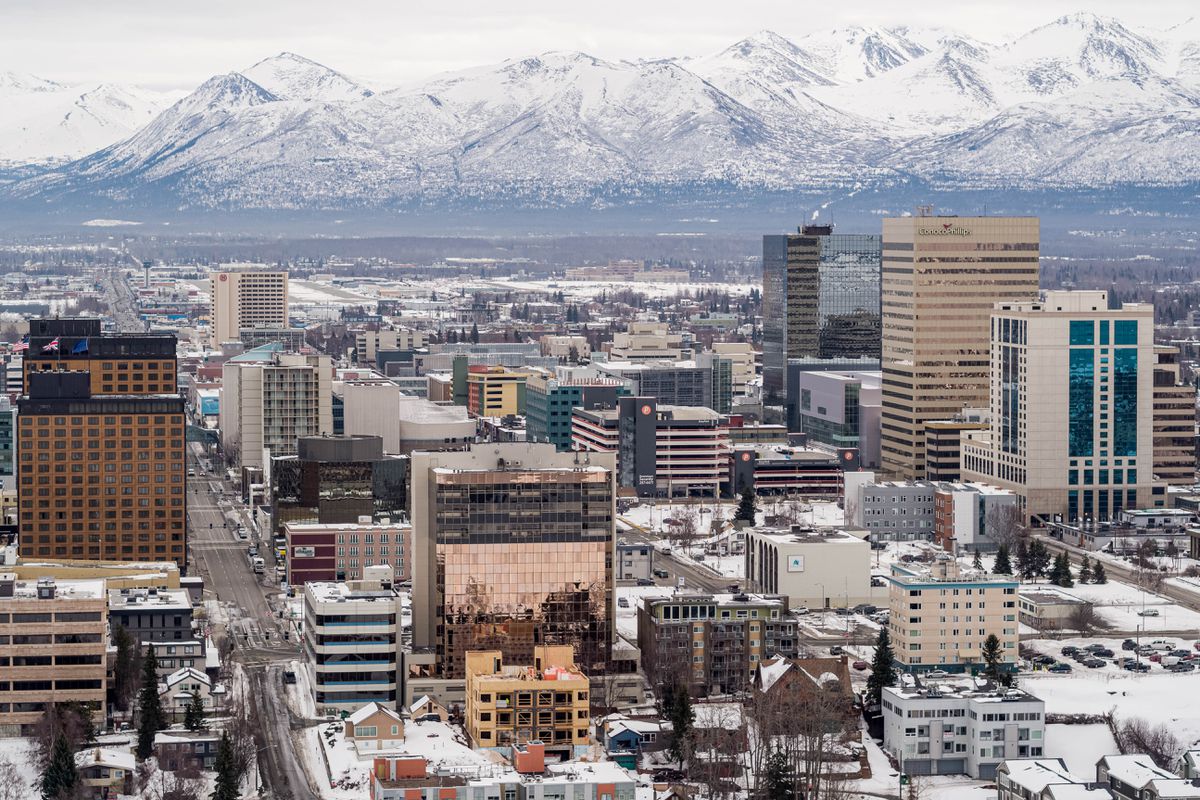 The coronavirus pandemic certainly provides plenty of time for the hunkering to reflect. I do mine in a chair at a corner of my kitchen, facing a living-room picture window that provides me with a view of the front yard, a short fence at my property line, the sidewalk, the street, several neighbors’ homes, and in the distance, the Chugach Mountains. Many mornings, direct sunlight pouring in from the east dapples the floor.

Perfect late-winter flying weather. I have not seen or heard an airplane in a week.

There is little automotive traffic these days, although occasionally a driver will stop in front of the house to text frantically. Young parents out with their small children still pass by on the sidewalk. Old people exercising their dogs, too. I recognize the families, the old folks, the dogs. No strangers on foot any more.

With the radio off, the television silent, I am surrounded by quiet. And the view I have is almost exactly the same view I had in March last year. I am not looking at the aftermath of a tornado or nuclear winter. The danger to my country, my state, my neighborhood — to me — is invisible. If I didn’t know the reality of 2020, I would think the world had not changed. And I could keep on thinking that if I remained at home, never turned on my electronic communications devices, never went to the one place I have to go outside my home: the supermarket at the Northway Mall.

I was not raised on the trapline (although friends have called me “Trapline Boy”), but I was raised around trappers, spent time in the woods as a youth. I know how quiet the woods can be — no sound but the wind. I understand how life in a cabin can be lived oblivious to the city and, for that matter, life everywhere beyond the immediate wilderness.

In November 1941, two trappers set out from Lake Minchumina for their trapline on the North Fork of the Kukskowim River to the west. They were Herman Olsen and Kenny Granroth, traveling by dog team. Olsen was older, born in Finland in the late 19th century. Granroth was younger, born in Michigan in the early 20th century. Olsen had extensive Alaska experience. Granroth, who arrived as a construction worker sent to build the Minchumina airfield, far less. Neither married. Olsen died near the end of World War II. Granroth lived more than another 40 years. Both of these men were the real thing — long-haired trappers who didn’t want to miss a single day of trapping season.

As a boy, I heard my dad, Fabian, debating the basics of trapping and outdoor life with Kenny in his cabin near the Minchumina airfield. Kenny, like my Dad, was gregarious, enjoyed entertaining visitors in his cabin and telling stories. He said that in the Kuskokwim cabin with Olsen, they often talked Finnish. Herman told Kenny to speak Finnish because “You need to remember this.” “This” being where he came from.

One of Kenny's stories involved the end of that 1941-1942 trapping season. Olsen and Granroth had no radio on the Kuskokwim. They met no one else on their trails before returning to Minchumina. When they reached the lake, around St. Patrick's Day, they were astonished to discover that the Japanese had bombed Pearl Harbor. The United States had been at war for three months.

I can see Kenny absorbing the news from Al Bartlett, Jim Sillib or another member of the Minchumina trapping fraternity, scratching his head and muttering “holy smoke” before nervously reaching for his Copenhagen snus.

In 2020, is there anyone who hasn’t heard of the pandemic? A herder in Outer Mongolia? A tribesman in what remains of the Brazilian rainforest? A subsistence hunter on the north edge of Hudson Bay -- or somewhere along the Yukon River? Mount Everest is out -- climbers call home regularly. On the vast waters of the mid-Pacific, where Captain Ahab sought Moby Dick, modern captains have satellite telephones. Staffers at the McMurdo Sound station at the South Pole have sent selfies of themselves.

I have been in disasters before. The 1967 Fairbanks flood was very dangerous, very destructive. The Anchorage earthquake of 2018 was destructive but not particularly dangerous, although frightening. The 1976 New York City blackout was disorienting, but the next morning became party time. No power? Have a cold beer before the ice melts.

But the coronavirus? Dangerous but invisible. So dangerous I dreamt I was a doctor asked to save people.

I look out my window and see the world that was, not the world that will be. And a single line from Irish writer Samuel Beckett runs through my mind. From the play "Endgame": "Something is taking its course."

Yes, something is taking its course as the sun rises over the Chugach Mountains.