AIDEA was wrong to fast-track Ambler Road over public outcry 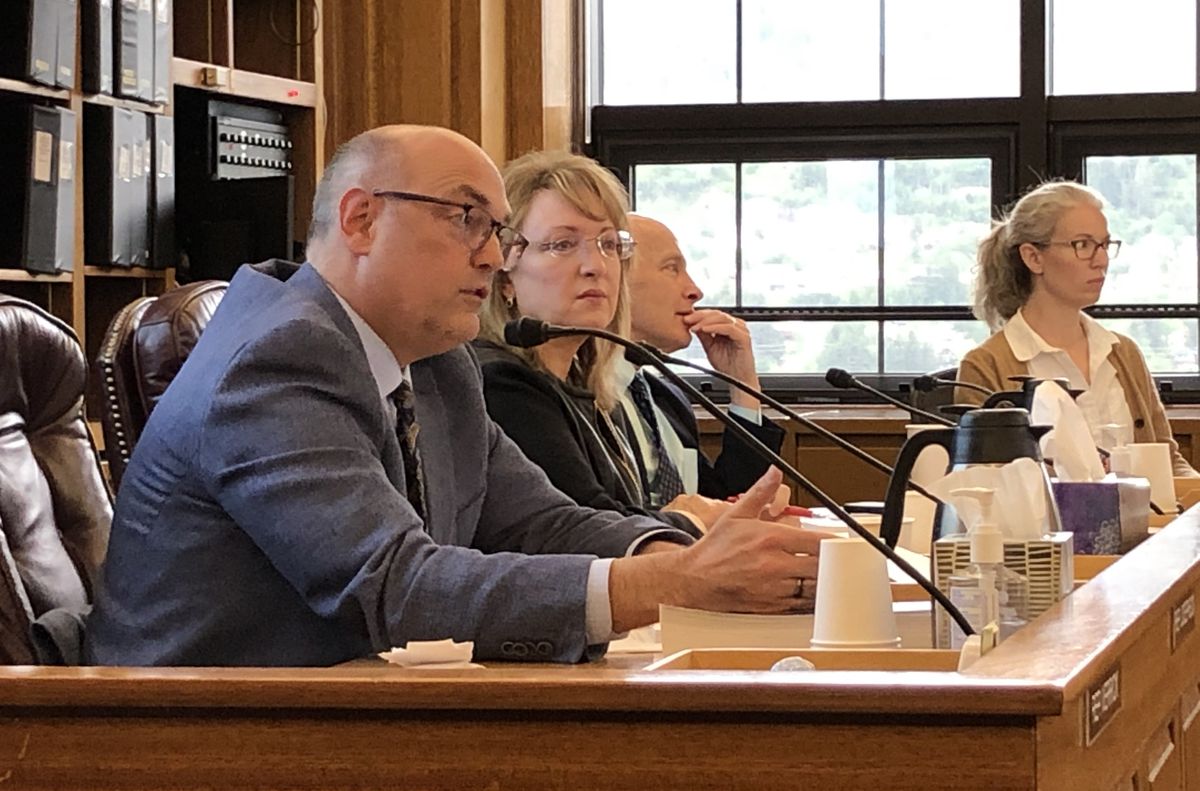 The COVID-19 health emergency has broadened into an economic emergency, and it is crucial that state government uses every tool it possesses to address the situation.

One of those tools is AIDEA, the Alaska Industrial Development and Export Authority. AIDEA is a public corporation created by the Alaska Legislature, and governed by a board of directors appointed by the governor, to finance business and infrastructure.

On March 26-27, the AIDEA board held an emergency meeting in which it took several positive steps for distressed Alaska businesses.

Unfortunately, AIDEA also used the occasion to fast-track a controversial project not related to our immediate emergency, over strong public objection. It smacked of opportunism.

With only two days’ notice, AIDEA announced it would consider a resolution to move $35 million into an Arctic Infrastructure Development Fund where it may be used for the design, fieldwork and permitting of the 211-mile Ambler Road megaproject through Alaska’s Interior.

The state already has spent more than $26 million on pre-construction costs, including nearly $5 million to the federal government for the final Environmental Impact Statement issued on March 27, 2020. With the AIDEA resolution’s passage, more than $61 million in state dollars could be spent on the project without turning a spade of dirt.

Estimates of the eventual cost of construction, not including interest, range from $580 million to more than $1 billion. This extremely expensive road – should it ever be built given the state’s financial limitations – would benefit multinational mining companies who prefer that the state pay for their access road so they don’t have to fund it themselves.

Unfortunately, the public had insufficient time at the meeting to explain why the Ambler project is unlikely to provide the financial return that the Red Dog Mine road has. Additionally, since construction is far in the future, the project will not significantly help Alaskans during the current economic emergency.

Despite short notice, dozens of Alaskans from across the state spoke passionately against the resolution via teleconference, even as the allowed commenting time was dropped from three to two minutes per person. Some public commenters characterized the process for voting on the resolution at the emergency meeting as “deplorable.”

The AIDEA board can rectify the situation during its upcoming April 15 meeting by rescinding its rushed action on the resolution.

The issue should be postponed until after the COVID-19 emergency subsides to allow time for thoughtful consideration of the public’s oral and written input.

In addition, questions about the legality of AIDEA using the funds for capital expenditures rather than financing loans without legislative approval can be answered before the issue is mired in dispute.

Now is not the time to use Alaska resources for aerial surveys or design of a road that has not yet been authorized by the owners of the land it would cross.

AIDEA should now be focusing solely on figuring out what it can do to help in-state businesses survive and revive, rather than dedicating resources to long-term projects by Outside corporations.

AIDEA should be applauded for the positive actions it took last week including extension of loan repayment for BlueCrest Energy and the Blood Bank of Alaska, although the Blood Bank was denied a line of credit for operating funds.

The most promising recent AIDEA action was creation of a loan guarantee program. By underwriting loans up to $1 million made by private lenders, AIDEA will encourage them to take the risk of funding Alaska businesses in these uncertain times.

An important takeaway from the March 25-26 meeting is that government agencies must be respectful of the fact that Alaskans’ ability to track and participate in their government is weakened due to disruption of routines and resources.

By fast-tracking the Ambler Road resolution, AIDEA forced concerned citizens to scramble when they should have been concentrating on personal and family needs. This contributed to the general feeling of powerlessness we all face today, and understandable anger.

This can be corrected by AIDEA rescinding its approval of Resolution G20-11, researching the legal constraints on its use of funds and - if it decides the resolution is both legal and prudent - opening the extended period for public comment which citizens and the topic deserve.

Rep. Andy Josephson, D-Anchorage, was elected to the Alaska State House of Representatives in 2012 and represents residents in Midtown, the university area and East Anchorage.