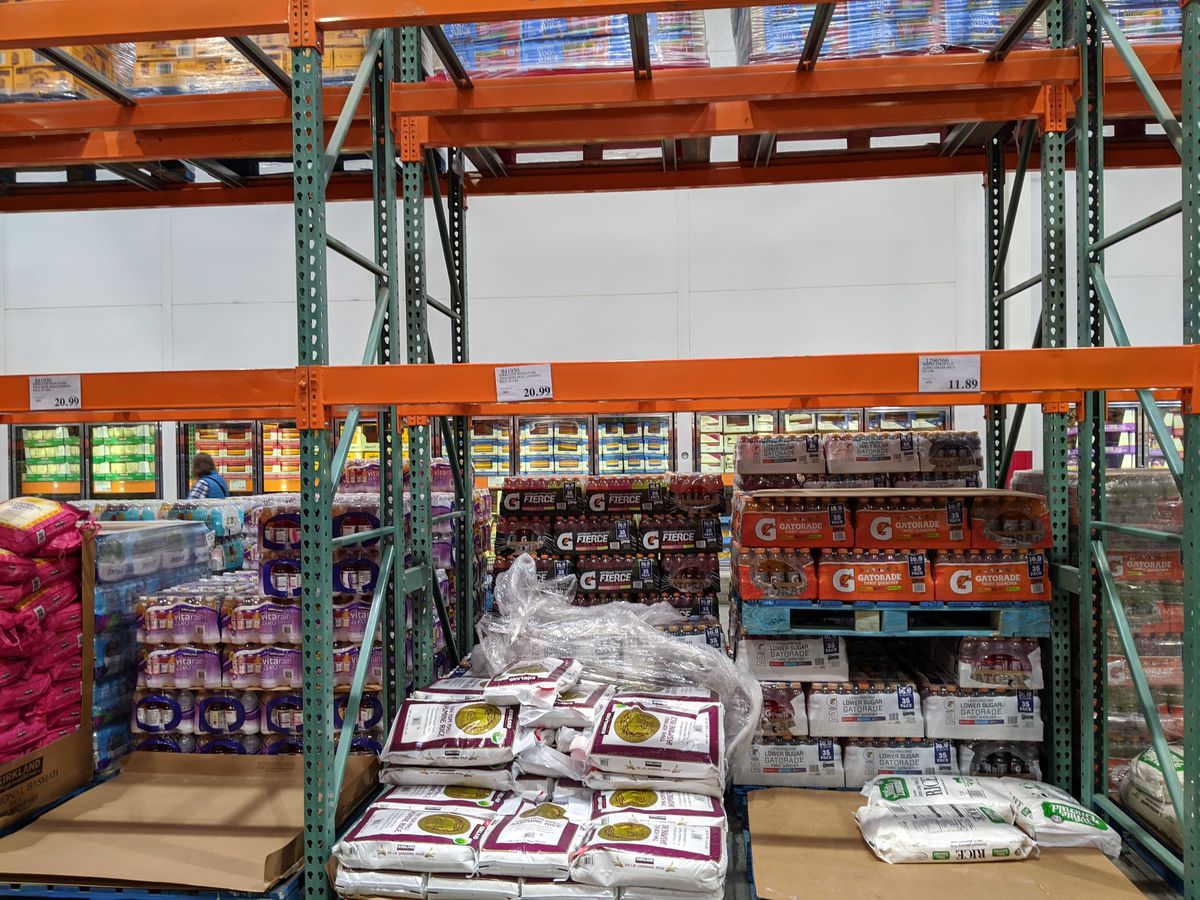 There is something deeply unsettling about seeing empty shelves in the supermarket. On an intellectual level, we know that this is just panic buying, and that the efficient container ships operated by Tote Maritime and Matson, as well as the barge operators, will bring more flour, pasta and toilet paper, and that people in the stores will work overtime to restock.

Still, on a deeper gut level, there is a sense of existential vulnerability that we haven’t felt since, well, the 9/11 terror attacks.

These are truly strange times. Feeling vulnerable is not irrational because, in fact, we are exposed in ways that other states aren’t. In Alaska, we’re at the end of a long, thin supply line, with almost everything we consume brought north on three or four ships.

We do get trucks up the Alaska Highway and there are cargo aircraft, as well as freight capacity on passenger planes, but that’s nowhere near enough capacity.

Small rural communities are even more imperiled now that Ravn has filed for bankruptcy and grounded its planes. Smaller bush carriers are filling in, but we’re uncertain where the gaps are and, after the Ravn debacle, how financially strong these operators are.

What is beginning to concern some Alaskans, however, is less the Alaska supply line, which is operated by experienced and reliable operators, but the state of the Lower 48 supply chain, particularly in the western states.

Arthur Keyes, a Mat-Su farmer who also manages two of the popular seasonal farmers’ markets, is concerned about this. He worked for major grocery companies before he began farming.

Keyes is familiar with the food supply chain and our risks. Working in grocery stores, he watched shelves go empty when ships were delayed because of weather.

He worries whether there will be enough fresh produce and fruit available in the U.S. western states, or at least enough extra to share with Alaska.

If there’s not enough to load on ships, trucks or planes, we’re really in a pickle. We should be okay on basic commodities like flour and bread, Keyes says, because Lower 48 wheat farmers are heavily mechanized and operate at a huge scale. This is not so for labor-intensive crops like vegetables and fruit.

Right now, growers in California are planting and are having trouble finding workers (the same thing is happening elsewhere, such as in Great Britain). This will be exacerbated when harvest time comes, Keyes points out.

The dairy industry is in a real mess, meanwhile. Hundred-year-old family-owned dairies in the Pacific Northwest, where Alaska gets most of its milk, are going broke because the falloff in milk demand from schools and restaurants can’t be offset by the demand in grocery stores, which is still steady.

A chilling thought: If there are shortages of certain critical foods, will governors of food-growing states seek to retain supply for their own people, discouraging shipments out of state? We’re at the far end of that pipeline.

What’s unsettling is that we have no clue as to how this COVID-19 pandemic will turn out. President Donald Trump and our own Gov. Mike Dunleavy talk about gradually reopening the economy but Dunleavy is honest in saying that if infections spike he’ll close it down again.

Meanwhile, any solution to this? Keyes has one: Grow more of our own.

We can’t completely feed ourselves, but we can certainly do more even this summer, he says. He’s encouraging farmers to not only plant for a normal summer season, but to plant a bit more, just in case.

Alaska Natural Resources Commissioner Corri Feige agrees with this. The state Division of Agriculture, which is a part of the state Department of Natural Resources, is ready to help farmers finance preparations for the summer. The division also has consumer education initiatives underway on skills we may have forgotten, like planting home gardens and canning vegetables for the winter, she says.

For the longer term, can we do something to encourage even more Alaska agriculture? Despite the northern climate Alaska farmers have shown they can raise barley, wheat and cattle at a profit, exploiting niches in local markets where growers can withstand competition from imported Lower 48 food.

In Bethel, Meyers Farms supplies the local market and ships produce to villages in the region (the Ravn shutdown may be affecting that, however). The Bethel region actually has superb soils and Tim Meyers thinks villages could easily duplicate what he has done in Bethel.

There are, in fact, many small greenhouse operations in villages across rural Alaska, many of them operated by local tribal organizations with a goal of encouraging local food sustainability.

Interior Alaska has long supported local farms. There are just a few now, but the farmers who are left are pretty skilled. In the Delta area, the state’s Delta Barley Project of the 1970s is often derided as a model of disastrous state planning, but ironically the experiment actually worked.

It didn’t quite turn out the way Gov. Jay Hammond originally envisioned it, but after a troubled start, farmers there learned how to make it work, and today there are profitable farms operating in the Delta area raising not only barley but also cattle.

But how do we do all this? Obviously, state-led projects have their problems and in any event the state doesn’t have any money. Keyes thinks simple jawboning by Alaska leaders, encouraging the public to buy local — a sort of ramped-up Alaska Grown promotion — would help.

Cutting through the red tape so local institutions like schools (when they reopen) and prisons can buy more local food would also help, and not just agricultural products but locally-harvested seafood as well.

Increasing food self-sufficiency is complicated, but we used to do it.

State Sen. Click Bishop, R-Fairbanks, is a gold miner who remembers those times. Alaska used to be more than 50% self-sufficient in food supply, Bishop says. Now we’re at 5%, if even that.

But if we did it before, maybe we can do it again.